Why You Only Need To Be 10% Sexier

Today’s article is a fun one! Intertwining a number of Get The Guy principles through a story everyone knows, Steve has written a piece that details the truth about creating real-life transformation, and shows you how to make change (specifically how to become sexier) without biting off more than you can chew. Enjoy! 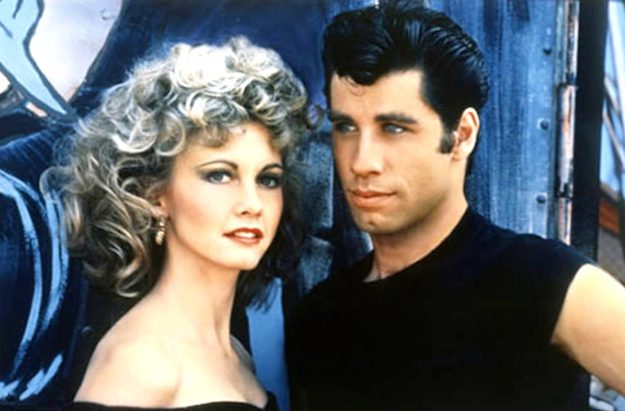 Do you remember the ending of the movie Grease? Of course you do.

The final scene of the film takes place at a funfair.

Throughout the whole film Danny and Sandy are a total mismatch. Danny is a model of posturing macho obnoxiousness mixed with a dash of 1950’s cool and dollops of hair gel. He’s also part of a gang of semi-tough guys with matching logos on their black leather jackets and bad haircuts. Sandy is prim and bookish – a model sweetheart – she’s pretty but prudish, sweet but straight-laced. To be blunt, she’s just too damn nice (and I mean ‘nice’ in the bland way here, not ‘nice’ in the nice way).

The movie keeps hinting at a possibility for romance between Sandy and Danny but it keeps on being dashed before they can ever become a couple.

When Sandy and Danny are re-united after their summer romance, school politics causes Danny to refuse to give up his tough exterior for a good girl like Sandy. Things get worse later when they have a fight at a school dance and it looks like it’s over.

Then something happens in the finale.

It’s school graduation and to celebrate the whole gang are at a funfair. The drama is over and the mood is one of moving-on and looking to the future. Danny is hanging out with his friends one last time and there is no sign of Sandy.

Then suddenly she emerges…

Everyone gasps as soon as they lay eyes on her. She’s completely transformed from the old Sandy we’ve been watching for the last 90 minutes of the film…

She’s ditched her schoolgirl summer dress and struts into frame in skintight leather pants and a leather jacket. Her hair is wild and curled instead of pushed back in the prissy headband she used to wear. Gone is her timid naivety and now she drips with sexual confidence. She pouts with red lipstick and struts in high heels and it’s not long before Danny is knocked sideways and falls completely in love with her again, begs at her feet, and tells her in no uncertain words that the power she’s supplying is “electrifying”.

In short, she nails it.

It’s a weird ending that involves a flying car, a really tacky funhouse, and lots of singing.

I remember watching Grease about a dozen times when I was a kid and never being sure what to make of that ending. Yes, she got the guy. Yes, they flew away together in an ostentatious flying vehicle as all great couples do. But why did she have to change everything about who she was, how she dressed and how she walked in order to do it?

Let’s also not forget that it’s all Danny’s fault really. He was the one acting so insecure because he was embarrassed to be seen with such a prissy good girl in front of the rest of his gang.

On the other hand, Sandy is pretty sexy in those leather pants.

You can see why I’m in two minds about this…

I think the ending of Grease lied to us in lots of ways.

Sandy didn’t really need to make a 90% shift in her entire personality to become sexy in Danny’s eyes. She just needed a 10% shift.

Yes, Danny ALSO needed to come around and stop being such an aloof douchebag (which he seems to by the final scene, since he’s shown essentially on his knees groveling at her feet).

Sandy just really needed to show that the sex-kitten side of her was hiding in there somewhere, something she hadn’t shown even a peep of for the previous ninety minutes of the movie.

In real life, we don’t transform all at once. We don’t really need to. Even a 10% shift in what we’re doing is usually enough to create a completely different perception in other people’s eyes.

I want to briefly run through 3 ways to make these 10% shifts that you can do immediately.

What are some 10% sexier actions?

1. Know The Difference Between ‘Nice’ actions and ‘Flirty’ Actions

When we want attraction, it’s not enough to be nice. The extreme case of the ‘too nice’ person is the woman who engages in too much in ‘buddy’ behaviour with a guy, treating him like a pal instead of making him feel like a man.

One example I remember recently was when a friend of mine walked past me and patted me on the stomach. It was a ‘hey buddy’ gesture, and entirely unsexual. Most of the time doing this just makes a guy worry about his stomach (Do I look fat?) – and suddenly he doesn’t feel masculine or cool around the woman who does it. He just becomes focused on a potential insecurity.

The weird thing was, as soon as this happened  another female friend came to join us and touched my arm just around the bicep – it was a soft and small gesture but I remember her squeezing gently as though she was grabbing some muscle and suddenly I immediately felt strong and wanted her to do it again. This gesture all happened in the space of half a second but I still remember the feeling it gave me and how just between these two girls I became aware of the difference between a ‘nice’ buddy action and a flirtatious action.

And as we see with the touch example above, the difference can be tiny and subtle. Just 10% different.

As annoying as I find the song at the end of Grease, especially when I hear it at any party, I kind of like the lyric: “You better shape up / Cos I need a man / and my heart is set on you”.

This line nails it on two fronts: it says I do want you, but you better get it together if you want to keep it that way. It’s an elegant way of displaying for showing DESIRE and a STANDARD at the same time. Showing desire is an amazing way to be sexier, but most people don’t do it because they think it will make them look desperate.

One great way is a method that Matt often talks about, in which you comment in a passive way about some attractive quality a guy has, as though it’s something you noticed and just state like a fact: e.g. Him: It’s so crowded in here. Her: I know, and your big shoulders are taking up so much room! Or another example would be if you mix a playful compliment in with some other request, like if you said: “Would you mind using your cute face to get the waitresses attention?” It sounds dumb, but if you do this in a way that says you’re just having fun, it’s the extra 10% that a guy remembers and marks you out in his mind.

3. The Art of Surprise

The reason that Danny is so floored in the final scene with Sandy isn’t so much because of the specifics of what she does, but because she is able to completely defy Danny’s expectations of who she is and the kind of person she is capable of being.

Sometimes, people are 10% sexier just because we find out something about them that we never thought they were capable of being. It’s like when you see a really masculine, tough guy and find out he loves to bake, and you are suddenly attracted to watching him indulge his passion in the kitchen.

The element of surprise is something you always have, especially when people bring expectations about the kind of person they imagine you to be and you completely smash them with one tiny phrase or action.

Most transformations aren’t the dramatic ones we see at the end of movies. Transformations happen when we take tiny, everyday things and decide to approach them just 10% differently.