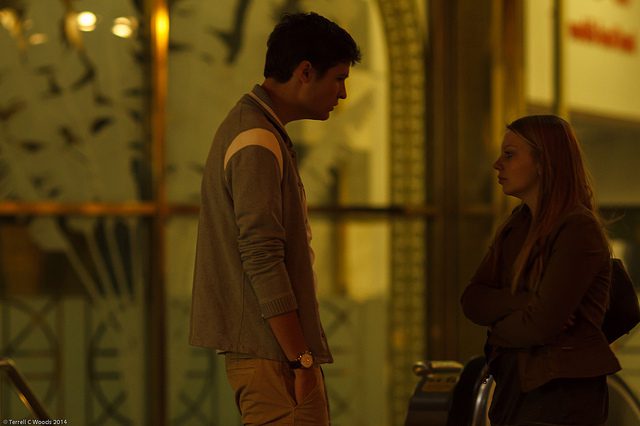 The worst break-ups occur when you’re in love with the guy, but you also know he’s not going to be good for you in ten years time.

You might feel unbelievable romantic chemistry…but he always thinks about his own problems and doesn’t know how to work as a team.

You might have perfectly synchronized tastes in movies, books, and sexual positions….but he has no sense of the importance of family, and never makes an effort to understand what you need emotionally.

Guys also face these dilemmas. He can be totally in love with you, but if he also forsees a future of drama, petty fights, and a life of being endlessly criticized and misunderstood, he’ll eventually snap and decide to leave, even if in his gut he really doesn’t want to.

And it’s all because we all suffer from minor cases of “Relationship Immaturity”.

11 Signs You or Your Partner Are Suffering From “Relationship Immaturity”

Often we don’t realise our thinking is immature.

If we’re not careful, our immature behaviours can unconsciously grow around us like weeds, which is why we have to keep track of them and pull them out regularly so that they don’t overshadow the precious flower struggling to bloom underneath.

It takes a while for us to adjust our expectations and ‘grow up’ internally to realise when we’re acting self-centered, spoilt, or like a pouty teenager who has a skewed view about what things ought to be like in the real world.

Here are some signs to watch out for (in either a guy or yourself) that indicate an immature approach to relationships:

{*} You are uninterested in your partner’s problems – The first sign of maturity for children is realizing that other people have minds and getting over their inherent selfishness. The same is true of relationships.

If you can’t feel like you care or want to listen and help someone else with their problems, please spare your future partner and don’t be in a relationship until you do.

{*} Being unable to tell the difference between having a disagreement and having a fight – If the two of you can’t disagree without it slipping into name-calling, emotional tantrums, and being moody for 24 hours afterwards, you’ve got a long miserable road ahead.

If you argue a lot, start making a note of which one of you always let’s disagreements get out of hand. Particular signs are nasty insults, or those moments when someone turns a minor disagreement into an tirade against your entire character and personality. Also, watch out for anyone who gets too emotional or angry at the mildest signs of incompatibility.

And if you can’t even discuss ice cream flavours without it turning ugly, run like hell.

{*} Making the relationship competitive i.e. whose needs are more important than the others – If someone is constantly trying to tip the balance in favour of their needs (i.e. her career, her emotions, his need for attention), then one partner will constantly feel a sense of resentment and bitterness. No-one wants to be little more than a sidekick you happen to have sex with.

{*} An inability to balance ‘romance’ and ‘realism’ – Too much romance, and you both live in denial when bad things happen that need to be worked out. Too much realism, and you can lose the fun and care-free abandon that makes falling in love so special. You need a healthy balance of both. Too much of either fundamentally misunderstands what relationships should be about.

{*} Hiding who you really are – Anyone who is not willing to share private feelings, express real affection, or be vulnerable probably shouldn’t be sharing a bed with someone else for the rest of their lives either. Being afraid to open up or “introverted” is a child’s excuse that has no place beyond the age of 21.

{*} Being unable to forgive – For anything other than cheating, physical abuse, or him rummaging through your underwear drawer, forgive him quickly once the matter has been resolved (hell, forgive him for the underwear one too if he only does it once).

Now, of course, I’m not saying that all other problems are easily solved. Far from it. It can be hours or days or longer to discuss a particular problem like adults and understand each other’s point of view. So go ahead: have the fight or the ‘big, long conversation’. But once it’s over, IT’s OVER.

Move on fast and have raunchy make-up sex soon. And don’t keep grudges for past fights.

{*} Keeping score – Don’t ruin a selfless act of generosity by keeping track of precisely how many times you do it, or who spent money on whom. Anyone who does this is not thinking like a team.

{*} Not bringing up things when they’re a problem – You don’t need to share every tiny insignificant flicker of emotion, in fact, that can be downright draining.

But if something is bugging you for more than a week or two, have a conversation about it. You’ll feel a hundred pounds lighter and can at least make him aware of your grievances, instead of suffering in silence. Generally speaking, the more you share in a relationship, the more you’re able to solve. Someone who never brings up problems will be a struggle to deal with ten years from now when they never tell you what’s going on in their heads.

{*} When he prioritizes his need for attention over your need for support – If you lose your job and parents in the same week, and all he can do is ask why you’re not paying him as many compliments as you were last month, congratulations! You’re now the proud owner of a 190-pound baby (only this one isn’t very cute and probably needs a few years of counseling to understand human beings).

{*} An Inability to balance work and life – Ah, my old friend, the ‘too busy’ excuse.

This used to be one of my go-to immature excuses for not contributing to relationships.

Look, it’s fine to have to get your head down and work for a week or so, and any good partner will understand that. But if either you or your partner constantly resenting spending time on a relationship, and see your partner as a leech on your time in between your career and other fascinating hobbies, give up the ghost and realise that you’re not ready or willing for proper commitment.

No shame in it, but he honest with yourself and fair with your partner.

{*} Unwillingness to tolerate difference – I truly believe that one of the routes to a happy relationships is a mature acceptance that the keys to your partner’s happiness/love/satisfaction are not the same as your own.

In this case, yes, I am bending the Golden Rule somewhat, whose dictum of course, states: “Do unto others as you would have others do unto you.”

In the case of relationships, we have to get a bit more sophisticated.

What turns you on doesn’t turn your partner on. What makes you feel special and loved doesn’t make him feel loved. What he needs is not exactly the same as you need.

If you want to live your life with someone and make them happy, learn what makes them happy and DO IT REGULARLY. Don’t just love them, do whatever it takes to make them feel loved. Anything less is not up to the standard of a soul-mate.

Like weeds, these nasty signs of relationship immaturity will always sprout up if you and your partner aren’t committed to the two essential qualities of GROWTH and TEAMWORK (Matt and I wrote about this in the Get The Guy book, where we argued that both are crucial for a couple to solve problems together in relationships).

If you feel like you have these traits yourself, know that it’s ok to not be 100% perfect, but also know that the longer you indulge these traits the less likely it is that a guy is going to see you as “The One” who he can feel truly fulfilled with.

On the flip side, if you notice a guy has at least three of these behaviours, as painful as it might be, it’s probably time to put your long-term emotional stability first and break it off before you live a life of frustration and regret later on.

Yes, he might have a heart of gold deep down inside.

But it doesn’t matter how beautiful the flower is underneath if the weeds make it impossible to find.