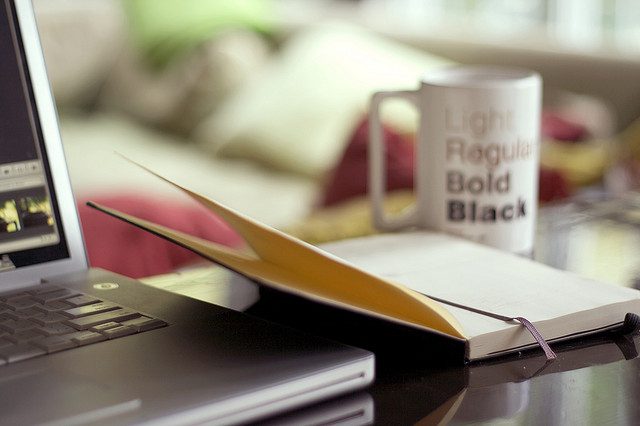 This year I was lucky enough to be handed a megaphone to shout my opinions to thousands of women in the form of these weekly blog posts.

I knew taking this up was a risk, but I also knew I had to stretch myself: My three aims for the blog were simple:

2. Be original (or failing that, useful).

3. Don’t piss off Matt’s audience too much.

The first aim I achieved, despite being kicked off my usual spot for the odd week or two. The second two are for others to judge.

I’m sure there are those who wish it were Matt himself who would take on the task of sitting down to knock out an 800-word article every week, instead of his younger brother. To which I can only say, on my busier weeks, so do I.

And yet, aside from the occasional end-of-week panic for ideas, and my weird new quirk of bringing notepads with me on dates, writing this blog has made life immeasurably more fun.

At times I’ve scrolled to the bottom of one of my recent articles, especially those I thought controversial when I posted them, and breathed in deeply, expecting a shower of knives and blood.

Instead I’m always been pleasantly surprised by the warm bath of encouraging words about the piece, as well as thoughtful, intelligent and good-spirited debate – there are criticisms that make me think, and compliments that make me blush.

It’s as if the comments section is suddenly a friendly part of the Internet, a hangout populated by helpful contributors and friendly-faces (or screen-names, if you will), instead of the usual swarms of the perpetually outraged, eternally humourless, and clinically insane that usually crash the party down in the depths of your average wordpress blog.

Basically, I want to say thanks for being nice.

It’s been a hell of a 365 days here on planet earth. Thank you for spending 10 minutes of the 168 hours in your week to come on here and respond to anything I’ve written.

I can promise you I read and think about every comment, and will try to get back to as many as I can.

There’s just one thing left for me to do before we say goodbye to 2014: And that’s to figure out what the hell I learned from it all.

I’ll just leave it below.

In tribute to my very first blog post, I wanted to compare the lessons from 2014 to those I learnt in 2013 and see whether they were different.

Here are some of the best things I discovered:

1. Quantity is part of producing quality

Want to meet a great guy? Start by asking: What would I need to change in order to meet 10 new guys every week?

I wrote nearly 50 articles for the blog this year. I feel truly proud of about 10-20% of those pieces. Put simply then, it takes a huge quantity of words and attempts to find something great.

There are a further 5-10 articles I never published, which I deemed too god-awful to ever be allowed out of the permanent prison of my hard drive.

I’ve seen this with novelists, entrepreneurs, inventors, designers, and musicians. You need to start doing a lot in order to get one result you really feel happy about.

So make sure you pick a passion you’re happy to spend a lot of time working on!

2. Ignore your gut at your own peril

If a decision (or lack of decision) makes your stomach turn over with fear that you might regret it later, it’s probably because you will.

I’m not talking about that sudden tingling feeling of nerves when you’re about to do something scary – that’s usually a sign that it’s going to be good for you.

I mean the gnawing gripe in that makes it hard for you to sleep at night, or the worrying thought that hovers over you all day. It usually means you have to address something. Now. Act on it.

Is it a phone call? A tough conversation? A piece of work you just won’t begin?

3. Beware making a fetish of being a “success”

I heard several stories this year of ‘successful’ people who suffered spectacular crashes (many of their own making, some of plain old bad luck).

It reminded me of the words of Sophocles in Oedipus Rex:

“Let no mortal be called happy until the final fated day when he has crossed life’s border without enduring pain.”

I would replace the word ‘happy’ here with ‘success’.

Success means an entire life well lived, not a temporary upswing in our fortunes. We might be a ‘success’ now, but that can change that at any moment. Empires can crumble in a week, and reputations destroyed in a day.

Never assume people make it to the top and just stay there. This should always make us wary of overly prizing temporary material ‘success’ as the definition of a life well-lived.

4. Saying “NO” is the easiest route to contentment

Saying “NO” saves your day.

It stops you spending precious energy on fruitless projects, or being tied up with those friends you secretly hate but only spend time with out of some misplaced sense of obligation.

Saying “NO” is the easiest way of purchasing your own freedom.

Saying YES to opportunities is great and will take you far, but saying NO guards the most precious resource you own: your time.

5. Being a good person takes planning

Good intentions are not enough.

Not exactly heroic deeds, but I know that if I don’t set time in my diary even these small acts of altruism, it’s all too easy to go on thinking of myself as a generous person without actually doing anything to show it.

I read 52 books this year. One for each week.

I know if I didn’t set myself this minimum I would have never reached this target, even though reading books is one of the things I love doing most in life.

Just because we’re passionate about an activity, doesn’t mean we will automatically find time for it. Place your passion projects in your weekly schedule as though they were just as important as everything else (because they are). Make appointments with yourself and stick to them.

Every day, all you have to do is wake up a fight against your own resistance.

If you can do that, you’ll be ahead of all the talented dreamers who imagine the great acts they could one day produce. Cherish and admire people who progress, not people with potential.

8. You cannot be creative without a routine

I used to be a manic night-owl. I would stay up obscenely late to finish tasks I could have gotten done earlier  had I just been more disciplined in the day.

This year, inspired by Jean Paul Sartre’s daily routine, I adopted the grown-up habit of getting to the desk at 9am and producing three good hours of work before lunch. Followed by two more hours after.

I used to pick my writing hours sporadically, and would always find myself producing less as a result. Once I had firm routines that were unshakeable (at least from Monday to Friday), I could rest easy knowing that, whatever else happened, the routine would work to get things done, and make me more creative as a result.

Starting with your curiosity and care is more effective than starting just with what you know.

The articles and blogs I abandoned this year were those whose subject matter didn’t interest me. The best fuel you can have for pushing you forward and maintaining focus is a restless curiosity and emotional attachment to the work you’re doing. Keep fighting to do work that satisfies these desires and you’ll find productivity comes much easier.

“What’s the worst that could happen?” is a good question to regularly ask. Or: what would happen if I failed? The good news is, these questions often have the answer “not much” and serve as a greater spur to action than anything else.

Negative questions can either make you realise how little is at stake, or in other cases they can make you realise how terribly depressing the outcome is, and push you to act immediately to prevent the worst from happening. For example, I find asking myself: “How would I feel if I don’t change anything within the next year?” is usually enough to kick me into doing things today to prevent the agony of wasting 12 months standing still.

Not everyone feels love in the same way.

Some people need to hear the right words. Others need physical touch and affection. Others need evidence of your investment and loyalty.

The best thing you can do for your relationship is realise that not everyone receives love in the same way. Resolve to make your partner feel loved, instead of just thinking that telling them is enough.

There’s nothing left for me to do but wish you a Happy New Year, and another 365 days of mistakes to learn from. Thanks for sticking with me all this time!

Play them out keyboard cat!