Today we’re talking about how to fix an argument. Here are 3 simple ways to mend the damage – or pre-empt an argument before it even happens.

You’re listening to LOVELife with Matthew Hussey. Today we’re talking about the 3 things you have to always remember when having an argument.

This actually, I have to say, is really close to my heart as a subject because, firstly, from personal experience, I know that there are so many times in my life where I have had an argument with someone and just wished afterwards I knew how to deal with that better.

Either because somewhere in the argument I got annihilated, or somewhere in the argument I end up really hurting someone else. And I think the really sad and tragic part about arguments is it’s the people we actually care about the most that we end up hurting the most and doing damage to. And sometimes that damage lasts a very long time and is extremely difficult to reverse.

It’s amazing how tough it can be to reverse something you said in a heated moment, that took two second to say, and now you live with the consequences of that in your relationship. Especially after everything’s all good again and the argument has passed.

So the first one is…

Now I think in some cases that allows people to not vent in an extremely hyper-sensitive way, and for that reason it can be the lesser of two evils.

I do however think if it’s at all possible for you to do so, diffuse it now.

That should always be your motto. How do I diffuse this now? Instead of walking away from the situation.

Of course, when you walk away, people’s imaginations run wild. That’s when people start wondering, what’s he thinking? What’s she thinking? What are they doing right now? Is it getting worse?

They start thinking of all the other ways they’re angry at you.

Diffusing it quickly, diffusing it now, allows you to move past the situation.

Let me give you an example of this:

I think a very common thing that happens with couples is they’re walking down the street and someone gets kind of offended because they catch their partner looking at someone else for too long.

You know, they see their partner’s wandering eye and they feel offended by that. Now of course, what happens in this situation? Well, firstly, they don’t speak up. So now they go the whole day being irritable because they remember that moment and say, in their mind, ‘I can’t believe they did that in front of me. That was so offensive. I can’t believe they’re looking at other people.’

You feel jealous, you feel hurt, but you don’t say anything. That person senses that you’re cold, and says, ‘why are you being cold?’ And of course you in your prideful state say, ‘I’m not being cold. There’s nothing wrong. I’m not being cold.’

And they’ve sensed that you’re being cold anyway, so now they feel shut out from you, so what do they do? They get cold. They begin to shut down. So now you’re both not enjoying your day because you’re both shut down because of this tiny little issue, and you’re not talking about it.

You get to the end of the day, and finally, you’re so angry about the situation, especially because you haven’t voiced it, and you’ve thought of all these other arguments in your head that make it valid, and now you voice the argument. You say, ‘let me tell you what really annoyed me today.’ And you start talking about that thing.

The Urge To Pile On

So instead of focusing on the one issue that’s actually at hand, i.e. that person glanced at someone else for a second more than you were comfortable with, you now pile it on. So you say, ‘and you know, it’s just like that time 4 weeks ago where you stood there talking to that person for 20 minutes even though I was there with you. And I can’t believe you did that. You know, and you have all these ‘friends’ that you say are just friends, but they’re really hitting on you, and…’, and so you pile everything on because you want to legitimise your argument.

But true credibility doesn’t come from piling on all the evidence possible. True credibility comes from sticking with the original thing that bothered you and exploring that – rather than piling on everything you can.

So that’s the second mistake people make. The first one – taking too long, so instead, diffuse it now. Second one – piling on all the evidence you can. Instead, deal with the issue.

The third one is perhaps the most nasty of them all.

This is when in your angered, prideful state, where you feel hurt and you feel like you’re stubborn and don’t want to give in, and you also feel pain, so now your instinct is to inflict pain, now you go into cut mode.

Now you don’t just want to argue that you’re right, you want to find a way to cut the other person.

And this gets really nasty. So here in the argument I’ve given, in the example, here’s what someone might do: “by the way, you don’t think I could do the exact same thing? If I wanted to, you don’t think I could look at someone else? You think people aren’t looking at me all the time? Just the other day someone hit on me.” And you might tell a story that’s kind of nasty to tell, because you want to feel important again. But what you’re really doing is trying to cut someone else.

The problem is, when you cut someone, at that point it becomes something that’s hard to reverse.

Resist the urge to hurt the other person. Deal with the issue at hand.

So those are the three things…

Now, I’m going to finish on this: It’s not noble once you’ve hurt someone and made them cry, and really done them damage – it’s not noble at that point to go, ‘Oh my God I feel bad now’, and then go and apologise, ‘I’m so sorry I didn’t mean all of that to you.’ Because at that point the damage is done.

Let me tell you what’s really brave and noble.

So that’s it for today. Take care my friends. Share this please. It’s so important to relationships. Relationships are killed everyday, or irreversibly damaged every day, which could otherwise be beautiful connections between people.

So share this with the people you care about so that they can do the same thing. 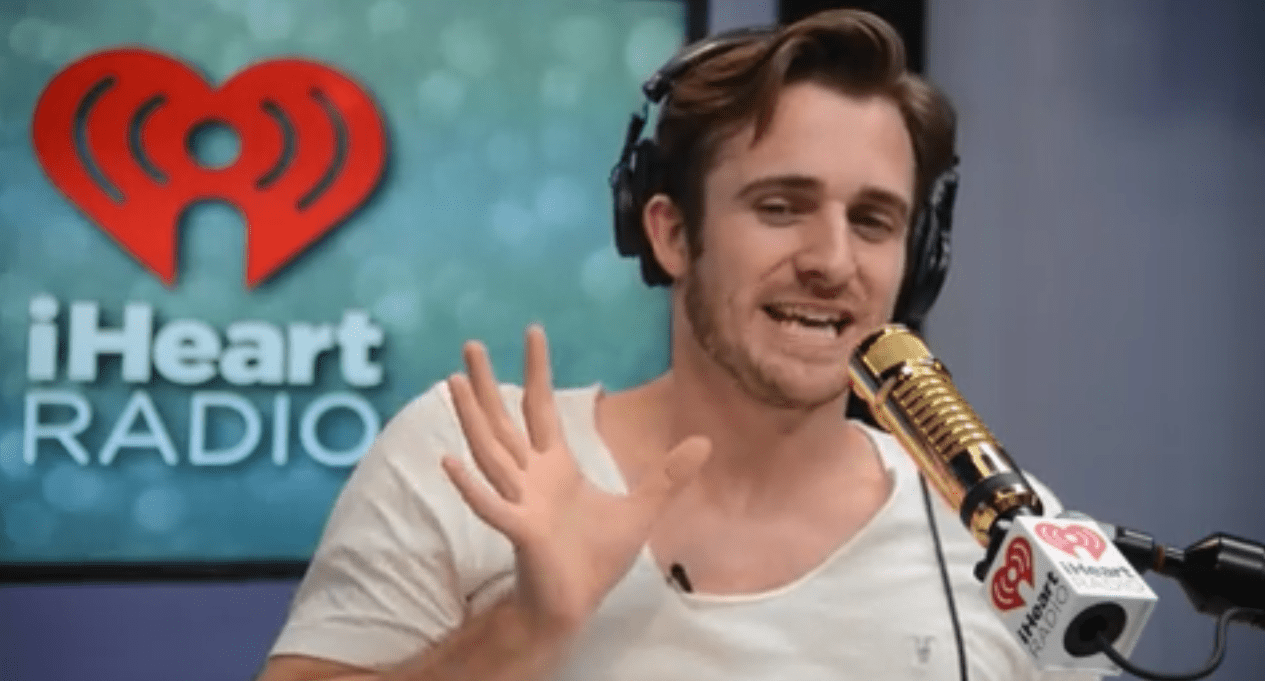 12 Replies to “3 Quick Ways To Fix An Argument (iHeartRadio)”