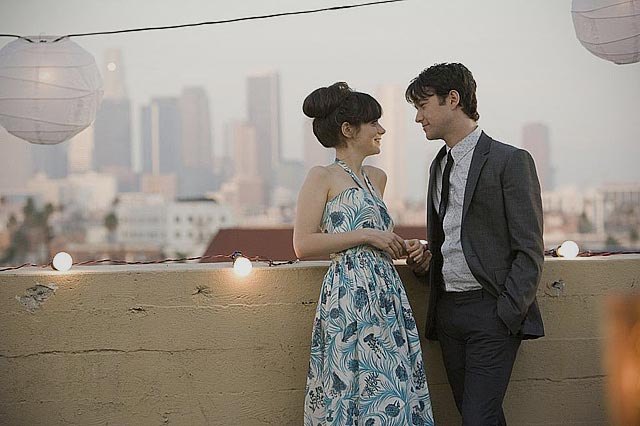 How do most guys feel about their past relationships?

Most guys will look into the distance wistfully, think “it was nice while it lasted”, and see those old girlfriends as little more than a faded memory.

But a few of his past loves will give him a violent, traumatic spasm upon their very mention.

Some relationships a man will carry around in his mind all his days, so harrowing are the memories of these soul-crushing experiences.

Every messy, traumatic, nasty relationship leaves an indelible mark on a man’s memory, each story carrying with it the same cautionary moral: “Never Again”.

He looks back and feels lucky to have escaped with a future and his optimism still in tact.

There are many types of traumatic relationship, but if you meet any man out of his twenties, he’s probably experienced of these women:

1. The Woman Who Made Him Her ‘Man-Project’

This girl wasn’t looking to find her perfect man, she was looking to build one.

By the third date, she was already telling him how to hold his knife and fork. She’d scrutinize his wardrobe, ‘advise’ him on which friends to hang out with, and wonder if he really needed that XBOX 360 in the apartment they shared.

Piece by piece, he watched the interests and personality he has built through his early twenties becoming slowly eroded and taken apart.

Then one day he snapped.

He broke out the house, jumped on a motorcycle, and belted down the freeway, the breeze on his brow, euphoric, as if he’d never tasted the sweet open air in his life.

He thought she was sweet. And she was.

He just hoped there was something else hiding underneath all that ‘niceness’. Something more dangerous, wild; a sex-kitten waiting to be brought out.

She wasn’t adventurous. She hated the idea of surprise. Everything had to be organized, to fit neatly together, EVERY FREAKING SECOND OF THE DAY.

The sex-life was a masterclass in missionary, and not much else.

She frowned at his sexual desires – she made him feel weird for wanting her physically. She made him feel uneasy about even kissing her neck when she chopped vegetables for dinner.

Man, was this girl cold.

This wasn’t the wild life he dreamt of.

He has a sudden urge to be in a sweaty nightclub with sticky floors, or a hot tub in Vegas with strippers.

Those things never appealed to him before, now he just wants a way to scrub the clean off him and be dirty again.

Directionless, thoughtless, and spontaneous in the worst way.

This is the girl that every guy initially thinks is his Zooey Deschanel-inspired nerdy comic book reading dream girl – except she turns out just to be needy, erratic, and utterly impossible to read when trying to figure out what mood she’s in at any given time.

She has no idea where she’s going, and latches on to him for her stability in life.

Every week she changes her mind about what her passion is, and the rest of the time she’s off in a dream world. She still thinks cigarettes make you look cool.

Luckily, he eventually comes to his senses and sneaks out of the relationship, but not without a lot of drama.

After the break-up, she starts posting moody black-and-white pictures of brick walls covered in graffiti on Facebook. Her profile pic is a photo of a random Baudelaire quote scrawled in red lipstick on the bathroom mirror.

He decides to block her and remembers to watch less Zooey Deschanel movies in his thirties.

This girl thought her sole job in life was to prove how little she needed him.

Every second was devoted to showing her independence, her strength, her intelligence and her success.

She hates holding hands. Like it makes her seem weak.

He has no idea why she even wants a relationship with him. She said men were ‘intimidated’ by her, while she looked at them as little more than an accessory on her wrist.

Dating this girl was like running on a treadmill, constantly trying to prove a point that didn’t need to be made.

Now he’s just happy that these days he only competes with himself.

This woman already had him placed in her ‘marriage box’ after a few dates.

She got him to meet her parents almost immediately. He felt unnerved because he wasn’t even sure whether he wanted a relationship or not.

Suddenly he’s in a relationship. He’s not sure how.

She’s annoyed because he hasn’t said he loves her, even though he has no idea what he feels yet.

She’s affectionate and completely loving, she tells him how she’s never met anyone like him. Ever. In her life. But now he’s scared. It’s like the relationship is on constant fast-forward.

She not-so-subtly reminds all her friends have already moved in with their partners. This is more than a hint.

He hits the pause button.

Now if he can’t just find where the rewind button is, so he can go back to his teens and warn himself about all the women he’ll never date again.

But the rewind button is missing. This tape just keeps on playing.

It finally dawns on him. In this world, the only way out is forward. Climbing out of your mistakes doesn’t mean reversing them. It’s much more messy than that. They accumulate and become a part of your ever expanding MP3 file.

But at least he knows he’ll never make those errors again. Or at least, that’s what he always hopes.