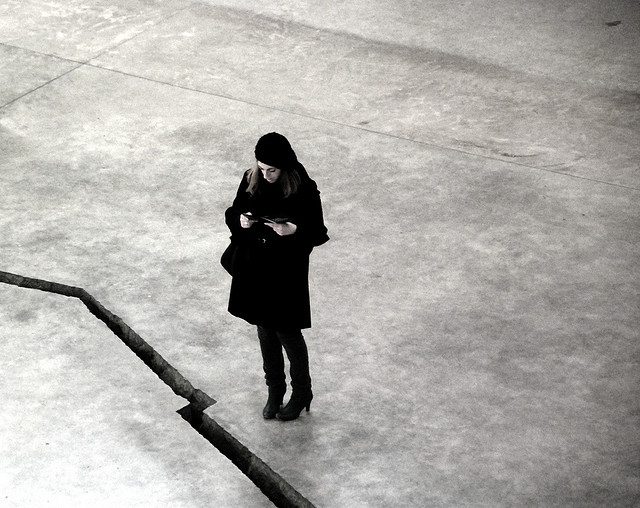 She brings up her ex on a first date. That’s usually the first bad omen.

But sometimes it’s more subtle. It might just be a sort of lost quality in the way she speaks about the past. She sighs a lot and has a pained puppy-dog look in her eyes when she talks about past relationships.

She has that forlorn quality of Cate Blanchett in Benjamin Button, the ballerina who broke her leg and can no longer dance on stage. She talks about her dreams as though they lie at the bottom of a well never to be seen from again.

This is what we call the Broken Woman Syndrome. It’s those subtle ways that a certain kind of woman communicates to a man “I’m a fallen fairy who needs to be nursed back to health again”, with the subtext being “and I hope it’s going to be you who will do it”.

I’m not knocking vulnerability, nor am I saying that some of us don’t have very painful memories in our past. This isn’t about either of those. The Broken Woman Syndrome is really about when a woman mistakes being ‘vulnerable’ with being ‘damaged’.

Vulnerability, in the right doses, is sweet and endearing. Guys like seeing the occasional hint of vulnerability so that they can be protective and reassuring. Sprinkled here and there, it works wonders because it makes him feel needed.

But the ‘Broken Woman’ is someone who takes vulnerability to an uncomfortable level. She acts like someone who is ‘damaged goods’, who needs taking care of.

She revels in a vision of herself as a kind of romantic martyr, and secretly hopes that a man will want to care for, soothe her bruised soul and help her blossom again.

Unfortunately guys rarely find any poetic romance in being tasked with coaxing those broken wings back into flight. A more likely response from a guy who sees this kind of attitude is “I’m really glad we’re not ordering dessert”.

Guys have their own version of this too: the Wounded Soldier Complex. These are guys who feel burnt by love, and excuse their jealous or crappy behaviour due to them having been ‘hurt and betrayed’ so many times by cold, manipulative, nasty women, as though that now justifies them generally being an emotionally-closed asshole.

So what are some of the major behaviours of the Broken Woman? Here are six major characteristics she’ll have (all of which ought to be avoided at all costs):

1. She Talks Like Her Best Days Are Behind Her

The sure sign of a wounded woman is someone who reminisces constantly about the past and talks as though her future is bleak and lifeless. The only time she compliments herself is when she brags about a bunch of stuff she used to do, or past accomplishments that she no longer feels capable of equalling.

Talking as though your greatest hits are already behind you is about the worst thing you can ever communicate to a potential romantic partner.

2. She Uses Other, More Successful Or Exciting Friends, To Validate Her

Broken women like to feed off of having successful friends in order to look ‘successful by association’.

Unfortunately, an hour of you gushing about your incredible friends Jack, Sarah and Christy, whilst also looking like you don’t have much going on yourself, just makes him wonder whether he would be better off hanging out with them instead.

By all means, talk up your friends, but it should never seem like you are looking to their great qualities and status to validate yourself.

If it looks like her emotional fire has burnt out, it’s going to be just as impossible to start a romantic one.

Guys want women who have burning desires and aspire to independence. They want women who are in the race, not those who just want to win a consolation prize.

You don’t have to achieve all the time, but he does want to see that you have something you’re serious about shooting for (and that you’re taking steps towards it now, rather than ‘maybe someday’).

4. She’s Talks A LOT About People Who Have Hurt/Damaged Her

The Broken Woman has been hurt, and it’s everyone else’s fault.

She makes excuses for her behaviour and talks a lot about all the culprits who are responsible for her erratic emotions.

She’ll usually bring this up as a defence mechanism any time she gets called out on bad behaviour too. (I’ve had this, it’s exhausting. It’s ok a little in the beginning when you are breaking down barriers with each other and establishing trust, but it gets tiring when someone starts self-sabotaging and it keeps coming back to problems from the past).

5. She Looks To Him To Be Her ‘Emotional Repairman’

Broken Women like to bring someone else into their baggage so that they can help carry it.

That means a guy gets dumped on with all kinds of responsibilities and becomes her crutch to lean on (even if he hasn’t known her that long). After that the guy quickly realizes this relationship is going to mean a ton of repair work and makes rapid plans to exit while he still can.

Trust me, whatever Coldplay say, he’s not going to try to fix you.

6. She Instantly Demands A Lot Of Unwarranted Attention, Reassurance, And Love

One classic Broken Woman behaviour is trying to move things forward WAY too quickly, usually because she is needy and seeks out emotional validation to make her feel whole – something she doesn’t feel on her own.

This kind of neediness sucks the life and energy out of a guy, especially when she’s asking him if she’s the only girl for him and it’s only the first month of dating.

Most guys don’t want to be nursing baby birds back to life. They want a woman who is going to help them soar like a majestic eagle into the golden horizon (Bette Midler sung about being the “Wind Beneath My Wings” for a reason).

The single guys I know aren’t looking for a girlfriend so that they can take on an extra responsibility. They are looking for someone who is bringing excitement and fun into their world. Responsibility, of course, comes in later, but if the balance feels too much tipped in favour of a lot of arduous effort and emotional surgery, he’s going to only associate more commitment with pain (usually this is the point where he feeds her the line: “I’m just looking to have fun right now”).

And if you happen to spot the male equivalent, the Wounded Soldier, come stalking around and looking at you to repair all of his broken views about women, unless you’re going to be charging by the hour, give him the number of a good therapist instead.

59 Replies to “6 Signs You Suffer From ‘Broken Woman’ Syndrome”