7 Flaws Every Woman Should Look For In A Good Boyfriend

Not all flaws are made equal.

When you think of the bad habits of your previous boyfriend, you probably remember all the things he did that added to your stock of daily frustrations: his laziness, his lack of commitment, his indifference to your friends and family, his increasingly unhealthy attachment to the women who live in his computer screen. 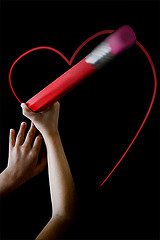 But an interesting article I recently read by Mark Manson argues that a few flaws, when examined more closely, actually make your partner more desirable.

In his blog Mark talks about the 7 flaws he would secretly want in his ideal girlfriend, and it made me wonder what the same topic would look like if applied to men.

{Edit: I don’t link to Mark’s post to either endorse or criticise any of the points he makes, but rather to give credit to its role in inspiring this article. I leave readers to make up their own mind on the content of that post, which is, in the author’s own words, written from the perspective a guy who is particularly inclined against commitment or relationships, so perhaps take it with a generous pinch of salt, rather than as prescriptive advice}.

We all think we want perfection, but some minor character flaws have unexpected virtues that make a guy an ideal long-term partner.

Here are 7 flaws you should definitely consider keeping in a keeper:

Grooming eyebrows? Plucking his nostril hairs? He’s considering getting a facial and worries about how much beer he drinks? Good. Guys who aren’t image-conscious by the age of 25-30 should come with a warning sign.

So maybe he does spend a lavish proportion of his income on shoes, and freaks out about wrinkles too much for someone his age, but if he’s not worried about being aesthetically pleasing now, it’s only going to get worse later on.

Besides, at least he’s cranking out those extra press-ups just to look good for you.

You don’t want the guy who coasts by on “good enough”.

You don’t want the guy who puts up with asshole friends who he can’t stand, or who settles for a mediocre career that makes him miserable and corrodes his soul.

You want the guy who defiantly refuses to tolerate jobs, people, or situations that make him unhappy. You want a guy who won’t put up with second-best and expects to achieve something more.

As George Bernard Shaw once said “all progress depends on the unreasonable man”.

Of course, there are limits to this attitude. Take this mentality too far and you end up with a delusional narcissist who thinks the world owes his fame and riches, so make sure you don’t end up with a self-obsessed maniac.

He should have the ability to ask himself: Did I do the right thing?

You want a man who after an argument will question how he screwed up and have the capacity for self-criticism. He’s never quite 100% certain that he’s correct.

Don’t get me wrong: confidence and certainty are always sexy qualities, and a healthy dose of ego goes a long way to making a guy attractive.

We all feel drawn to people who seem to glide through the world and give off the appearance of instinctively knowing exactly what the plan is.

But too much of this misplaced certainty and you have a guy who never thinks he is the problem: it’s always someone else’s fault, and it’s the world’s job to get in line with his desires.

Look instead for the guy who is likely to think “maybe I dropped the ball on this one”, or “maybe I’m the one who needs to be better”.

This is the guy who is going to accept responsibility and work through problems like an adult.

4. He takes his work too seriously

You want the guy who has a vocation that matters to him, something that motivates him further than just acquiring more money or buying a faster car. Something that keeps him fascinated long into the night and occasionally on weekends.

The guy who cares a a bit too much his work shows he has a level of pride and determination, which also means he takes other parts of his life seriously.

I’m not saying he should be a workaholic. But he should be willing to sweat and stay up later than necessary to achieve something extraordinary.

Just make sure he never takes phone calls at the movies, in which case, may the relationship gods curse him and all his descendants with bad sex for a thousand lifetimes.

5. He needs time away from you

It’s easy to be offended when he expresses a desire to be alone, or just with his friends or his family without you, but any sign a guy is interested in having a life outside of you is a good thing.

A guy needing time away means he values both his and your independence and separation as a couple.

It’s a much bigger mistake to have a guy who depends on you for his entire social and family life. You don’t need the responsibility of being his mother, his best buddy, his lover, his coach, his gym partner, his therapist. Let other people fill at least some of these roles!

6. He puts his friends before you (sometimes)

I know, it’s romantic to have a guy who makes you his No.1 priority all day, every day.

But the truth is, you should ideally be first in his priorities list about 95% of the time. The other 5% of the time, it’s more important that he blows off your plans to help out his best friend from college, or that he ignores your phone call to coach his roommate through his devastating breakup.

It’s better to have a guy who spills a little too much about what he’s thinking than way too little.

At leas tif he’s too honest, he doesn’t feel he has anything to hide.

I’m not saying all of the above vices taken to an extreme can’t be a recipe for an incredibly frustrating relationship, but in the right doses, what initially looks like a troubling flaw can be a sparkling virtue in disguise.

What are some perceived flaws you secretly love in a boyfriend? Let me know in the comments below.