A Man’s Favourite Three Words In A Relationship

You get in a fight with your guy.

You start taking chunks out of each other.

You’re both saying things you might regret later, but damn it you’re mad! 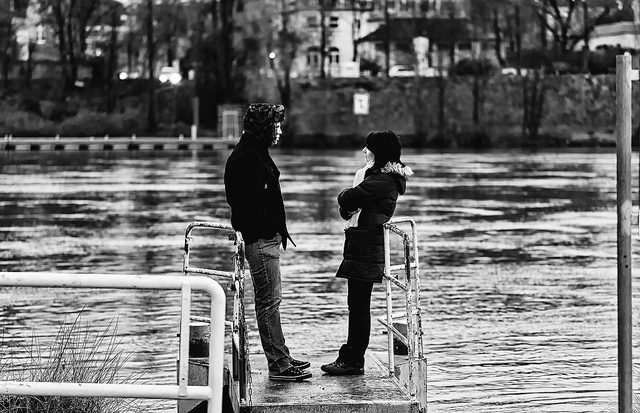 In the worst fights, both partners get a chance to air all their grievances as loudly as possible. This leads to a few nasty smacks of honesty we may not want to have heard.

Our partner might be brutally honest with us about our faults in a way that wounds us, that makes us want to spit venom back at them just to deal them equal damage.

All you care about now in this mental space is being right. Winning. Proving your point. Being the one with the better case. We get indignant with their anger: “How can she be mad at me?? She’s the one that drives me insane!”

But then the dust settles. You have some space to think.

And after calming down and letting go of your anger, maybe in one brief window something clicks in your mind and even if it’s only about one single issue, that dreaded thought tiptoes across your consciousness: “He might have been right about a couple of things though”.

Now you have a dilemma: Do you admit your flaw to him, or do you shrug it off, safe in the knowledge that the argument is over so it no longer matters anyway?

I want to make a case that you tell your partner those three magic words “You were right”.

I don’t mean you have to come to him with your tail between your legs, sheepish and apologetic. Chances are, you both have valid points.

But it’s really important to recognise when someone else, be it a friend, family member, or partner, says something right. Maybe it’s mid-argument. Maybe it’s days later. Maybe you bring it up over coffee and say: “I know when I’m stressed I completely close up and become so difficult to deal with. You were right, I can be really unreasonable. I just want you to know I do really appreciate you just trying to help, and I’m sorry if I ever made you feel like I didn’t. I love that you care about me and I’m going to work on being better in those situations”.

Two of the best, underrated qualities in a partner to me are humility, and the ability to show self-awareness.

If I know i’m with someone who will go away and truly reflect on their shortcomings and ways they want to improve communication after an argument, I know I have a partner I can trust 100%.

But if I’m with someone whose only goal is to WIN WIN WIN, prove they’re right, show how they are always looking at the situation in the right way, and who refuses to accept fault…that’s when arguing becomes a hobby, rather than a solution to anything.

I’m not afraid of the occasional argument in relationships. Arguments are just a sign of failed communication or a problem that can (hopefully) be solved. What I’m afraid of the partner who doesn’t consider how they can help fix it.