I Can’t Attract Men Like My Friend – Why Not? 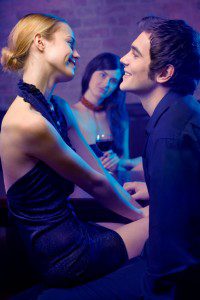 If you find yourself wondering “How can I attract men like my friend?” you may be suffering form what we call the backseat driver mentality.

It boils down to this: You are ranking yourself as second-prize!

When you go out with the friend in question, you are probably holding all kinds of destructive beliefs in your head.

As you take on these negative beliefs, you will start acting in ways that are more unattractive to men. You will act more dismissive and closed towards them, be less fun and flirtatious, appear less confident.

In short, you’ll be sabotaging your own success!

Remember, guys are attracted to women who believe they are sexy and comfortable with themselves.

If you’re spending all your time thinking: “I just can’t seduce men like my friend”, you will behave in ways that make guys see you as second-best from the moment they talk to you.

They will be able to feel your insecurity!

If you want to attract men like your friend, you need to consider on a technical level what behaviour she is adopting that you’re not.

(If the answer is yes, you need to start approaching men solo and letting her come in the conversation after you’ve been chatting a while).

1. Building sexual tension – e.g. Through heavy eye contact, touching him on the back of the arm while you point something out to him, touching him lightly on the lower back if he‘s at the bar.

2. Teasing – If he buys an alcopop for example, tease him a bit and tell him he might want to try a beer next time. (just be cheeky and fun with this).

Bottom Line: Shaking off this backseat driver mentality is essential if you want to attract men like your friend!

5 Replies to “I Can’t Attract Men Like My Friend – Why Not?”