Don’t Tap Out Over The Holidays! (How To Keep Up Motivation And Get Ready For 2015) 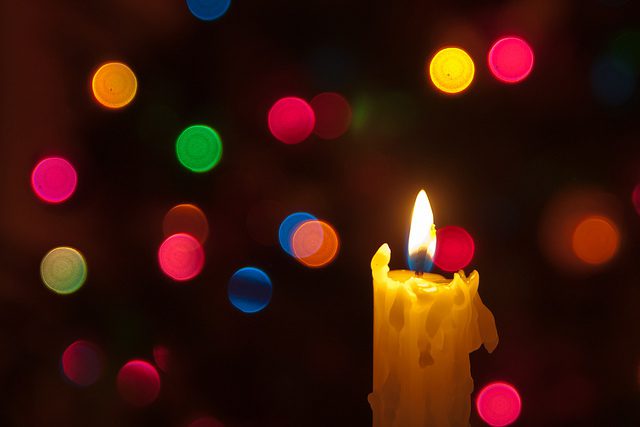 It’s very near that moment you want to call time on 2014.

Whether you achieved your goals or not for this year has probably already been decided.

I imagine, like most of us, you now feel like a wrestler caught in a painful scissor hold. You’re just about ready to tap out and wait for the comeback fight next year.

But whether your plan is for simply more of the same next year, or you need a complete U-turn to change your entire life, don’t leave it until January 1st to do it.

Many people by this point just let everything come crashing down: their diet, their goals, their reading, their working, their dating…they let it all crumble around them, as if to purposely set themselves the Herculean challenge of rebuilding EVERYTHING again in the new year.

But it’s painful to have to start from zero and incorporate a huge stack of new good habits in the New Year.

I’ve already thought about next year’s goals. I’ve already started gradually building some of the routines in December so that I can get 2015 off to a running start.

This is why I won’t be writing anything about New Year’s Resolutions come January. I don’t see any reason for us to spend the first month of next year deciding what we are going to focus on.

I’m not suggesting you’re going to keep up your usual level of willpower over the holidays. You’re going to eat more chocolate in front of the TV, you’re not going to put as much pressure on yourself with exercise, and you’re probably going to be less productive.

But there are a few principles that will help you enter the New Year without having to start from the bottom of the hill.

People make strange rules. They think because it’s Christmas that they have no need at all to exercise a single muscle until January.

I used to think this way. Until I realised I actually enjoy exercising. Why would I suddenly stop doing physical activity that I enjoy? Just so I can feel like taking a break? That’s stupid.

The same goes for writing. I used to just leave all my projects untouched over the holidays because I thought I ought to be endlessly watching movies and eating turkey sandwiches. I certainly will do the latter, but writing isn’t some chore I have to do. It’s my choice.

Sure, I’ll dial back and write less, but the fact that I’m on vacation doesn’t mean I can’t write 2-300 words in the morning just to keep my brain functioning. It’s more pleasurable for me to do something, even if it’s only a little, rather than ignore work completely out of a misplaced sense of trying to relax.

Relaxation just means having more time for leisure activities. It doesn’t mean giving up everything that requires energy (especially if you enjoy them).

[B] Incorporate a new routine now

I like to enter January 1st already moving forward, as though I’m crossing the starting gate having already built up a decent running pace.

Think about your new goals and habits right now, and make some effort towards them. Start the 20-minute meditation you keep promising yourself you’ll do in the mornings. Buy a few books you’re itching to own and read that extra half hour before bed.

Start scheduling a map of next year’s calendar and look at how you could already get ahead of your plans for 2015 to make January a comfortable race instead of a mad sprint to get back on track.

You have more time than ever now to be a conversationalist. If you’re going to a big Christmas party, try not to stick with the same comfortable three people you always would.

Make it a mission to have 10-15 separate five-minute conversations with everyone, rather than one hour-long conversation with your best friend.

You’ll stretch yourself more by doing this and get into that ‘social flow’ mode, where you feel like you can talk to anyone.

The calendar is an arbitrary set of dates. It only has the meaning you give it.

I’ve always found I make the best of January when I don’t go into it with a head full of questions. Use this period now to assess where you are and where you’re going. Then get the ball rolling so that by January 1st, while everyone else is asking which way to go, you’ll already be moving forward.