I become an idealist every time I fall in love.

I’m convinced I’m a Greek hero who has been lucky enough to win the heart of Aphrodite, that I must be the envy of every man in the world for having been able to entrance such a goddess and hold her attention.

Luckily, psychologists have increasingly said this might be a good thing.

According to current research, most successful relationships will be comprised of two partners who both harbour what are known as “Positive Illusions” about each other. 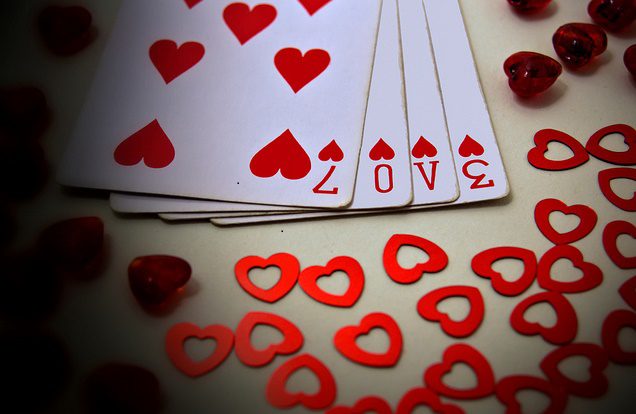 “Positive Illusions” describes our tendency to over-estimate our partner as slightly more talented, more intelligent, more beautiful, and more full of bottled up potential than they really are.

We tell our boyfriend/girlfriend “you can do anything you want babe, you’re the greatest” not because we’re being falsely reassuring (not all the time anyway), but because, on some level, when we’re in love we can’t help but see a golden halo around our partner’s head.

People may chalk this up to the delusional nature of love, but I think it’s one of the more beautiful parts of a relationship.

It’s truly believing in someone. It’s seeing the very best of someone and hoping they notice how incredible they are in your eyes.

One of my favourite things about falling in love is the moment when I find myself constantly mentioning the woman I’m dating in conversation, enjoying that glow of pride when I regale my companions with something smart my girlfriend said the other day, or when I boast to my parents about her academic achievements, or showing photos to not-so-subtly show off her gorgeousness.

And then, in the midst of the glow inside my heart, my head says “Nice one idiot. You did it again.”

Can “Positive Illusions” Be A Bad Thing?

Is it good to have a halo constantly hovering over your new boyfriend’s head?

I remember dating a girl once in my early twenties who confided in me that she could be really cold and insensitive. “I’m just warning you”, she said.

My response (stupidly) was to brush this off, taking this utterance as just a silly mistake on her part, rather than a warning of behaviour yet to come.

Instead of heeding her words, I decided to believe that she was actually a sweetheart inside and rationalized that she must have just been putting up an unnecessary defensive-barrier.

I never called her out on why she would be cold and insensitive.

Instead of having the conversation there and then and saying “That’s not cool with me”, or asking “Why would you be like that?”, I just decided that she must not really mean it, mainly because I was crazy about her and didn’t want to accept anything that might derail my image of her as my vision of the perfect woman. I was too deep in my romantic blindness.

I did that thing we all do when we meet someone we fall for: I imagined that because she was perfect in a lot of ways, she must be perfect for me in every way.

It’s was as though I were looking at a rectangle and saying “well, it has four sides and kinda resembles a square, so it probably is a square really”.

The Twin Supports: Self-Awareness and Self-Respect

“Love is blind” they say.

But I don’t remember anyone telling me if this was a good thing or not.

One thing that stops you being blind in love is self-respect.

When you have no self-respect, you don’t feel worthy.

You feel lucky just to have attention. You don’t feel like you have a right to challenge others’ beliefs, or express unhappiness with what others say. You doubt yourself. You think you must be wrong to call someone out.

Lack of self-respect is what made me go along with someone who claimed to be cold and insensitive and think, “that’s ok, it’ll probably be fine”.

But self-respect has another partner it needs to truly work its magic: Self-Awareness.

Think of it this way: Self-Awareness is knowing what you need; Self-Respect is caring about yourself enough to demand it.

Self-Respect is what differentiates between noble admiration for someone and desperate fawning. It’s what separates the crazy-in-love from the just plain crazy.

Without both supports, you’re destined to make some wrong turns here and there. Just like I did. Just like I will again.

But at least I’m a bit closer to calling out a rectangle when I see one.