How And Why You Should Keep A Guy “Off-Balance” 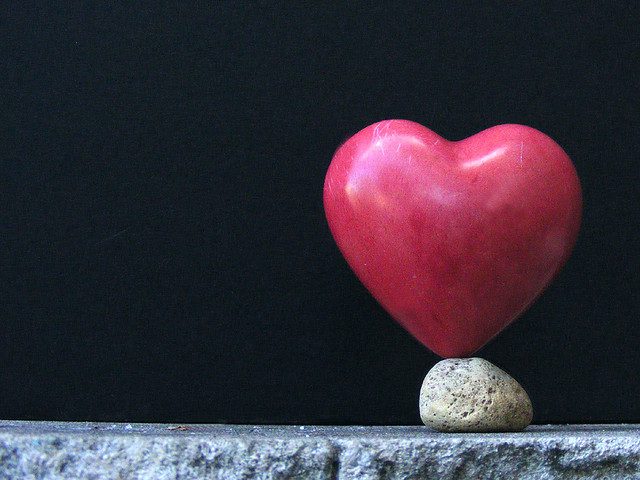 I recently read a question from one of our readers that asked:

“How do I keep a guy off-balance? You said once that this was the key that makes a woman attractive. Do you have any techniques?”

I want to take this on, since this idea is something women tend to struggle with.

What does it mean to keep him ‘off-balance’?

Here is the wrong way to take it…

1. You are hot and cold – one minute you’re a sweet, loving angel and then your telling him what a dork he is and making fun of his clothes. This makes him unsure if you actually like him or whether you see him as a buddy.

2. You hover between being super-needy and then totally unattainable – this schizophrenic style of attraction just makes him constantly confused and he’ll soon see you as an annoying game-player.

3. You have sex with him once, then for no reason you stop having sex for two weeks. Then you start having it again – Guys take the physical side of things pretty seriously. When you suddenly hit reverse after being physical he’ll feel resentful and be baffled by your sudden change of heart.

These three strategies are what leads a guy to brand you “that weird girl” he tells his friends about, regaling them with stories about your bizarre behaviour while his friends shake their heads and say: “She’s a freak, dude. Complete drama queen. Ditch her now!”

Not quite the result you were looking for.

We clearly need a better definition of “off-balance” then. I’ve boiled this idea down to three key behaviours:

1. Unpredictability about your life

Anyone whose life and personality seems too clean-cut, too guessable, lacking in surprise, will soon lose their attractiveness.

The world strives to understand people who have a touch of mystery about them. Keeping a guy ‘off-balance’ means having personality traits that don’t typically go together: like being the librarian who also is also trained in the deadly art of Krav Maga, or being the sporty woman who also likes to dress up in lingerie.

Being unpredictable doesn’t mean acting incongruently: it means having a personality that can’t be pigeon-holed and that always makes him feel like there is more to be discovered.

2. Openness about the future together

No-one wants the territory all mapped out. Just because you’re moving forward with a guy, doesn’t mean he wants to know up front where you’re both going.

This doesn’t mean you proceed without standards: If you want a relationship/marriage, you eventually will need to bring it up.

But he wants to feel a sense of progression. Not a sense that the plans are made and you’re just waiting idly until he says “yes”. He wants to earn a yes. Not feel like you’re waiting to be asked.

Rising to your challenge can be huge fun for a guy, so don’t let him miss out on this stage.

Men like to fight for you to fall in love with them.

He wants to feel like he is in a romantic quest to slay dragons and win your heart. Keeping him off-balance means being the woman who expects the best from him. (If you don’t know how to show him that, you better read this.)

Keeping a guy off-balance follows the pattern of an addictive novel.

He wants to keep reading, but he doesn’t want to know everything that’s going to happen. He wants to keep discovering, to be surprised and feel like things get more and more exciting as he moves through the story (with a few unexpected turns along the way!)

Do that and you create a narrative that he’ll always want to be a part of.