How Talking LESS Can Make You A Happier, More Successful, More Attractive Person

I’ve been thinking about a tweet I wrote a while ago that garnered a lot of attention:

“New Rule: Until you’ve made progress on a future work project/idea, you’re not allowed to talk about it. Discuss results, not just plans.”

I remember exactly when I was struck by this idea and wrote this down on a piece of paper. At the time, it was something I desperately needed to hear myself.

The reason I think it resonated with others was because we all have a tendency to talk endlessly about what we’ll do in the future. 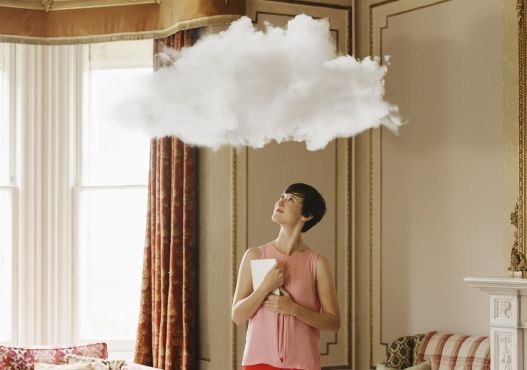 We’ve all spent time telling friends, “I’m going to start a new website, blog, lemonade stand, dating agency, fashion line”, and we proceed to list off a litany of ways that our project will be the most awesome thing ever, then go home, get ourselves excited and…proceed to do absolutely zero hours work on it for the next 6 months.

Because talking creates the illusion of progress.

This is why people love meetings so much. It’s why people get locked in the endless planning stage of life – because it’s much more exciting than getting our hands dirty with actually moving forward with the difficult work that would lead us to our dream.

That’s why when we finally meet someone who seems to execute, and talks about the things they’ve already accomplished or are in the process of doing right now, it’s insanely attractive.

When we meet people who are in the thick of things, taking action (and even making mistakes), it’s breath of fresh air from all the talkers and pretenders and wannabe’s.

In life, I think we should all aspire to be the one at the party who can share the cool story of what they created, or how they took a chance on a creative project that changed the course of their life – even if it was a disaster, or a harrowing experience, that’s just as good.

What matters is that we are people who do more than just talk.

I remember listening to an interview recently with the screenwriter Kelly Marcel, who talked about her nightmarish experience in being hired to write the script for the Fifty Shades Of Grey movie.

Her story is one of a writer whose work got taken and trodden over, who tried to put her creative stamp on a film and then was overridden by forces in Hollywood out of her control.

She felt heartbroken and took a while to pick herself up mentally from the defeat.

But in the end, she still has the experience to take away from it.

She was there, in the dirt, fighting and taking chances, which meant that even after the whole ordeal was over, she had a fascinating story to share with others that came from being a do-er instead of a talker.

People always ask how they can be more interesting. One of the ways is just to be someone who gets their hands dirty in the busy work of making progress instead of endlessly talking all the time.

Next time you’re at dinner and have that urge to just start talking about a project you might work on in the future, take that energy and instead decide you’re going to wait until you’ve taken a real step towards actually doing it first. It will inspire and motivate you to get moving so you can tell people about your progress.

Ultimately, talking and dreaming about what you might do later is just laying on the ground and endlessly looking at clouds. But it’s the person digging in the mud who has all the gold to share.

4 Replies to “How Talking LESS Can Make You A Happier, More Successful, More Attractive Person”