How To Attract A Guy Without Showing That You Like Him 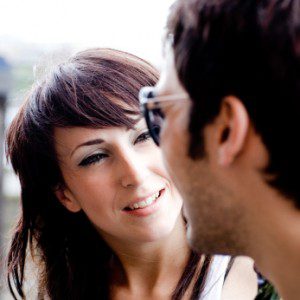 A big factor in men being so oblivious to your interest is self-doubt. They repress any attraction signals from you and come up with other explanations as to why it’s happening. So if you want to attract a guy while keeping him on tenterhooks, you’ve got to see the obvious signs of attraction from men or at least enough to get him questioning what you’re saying, but you also want to make sure you’re keeping those around him in the dark.

A lot of women like the idea of attracting men without the guy initially knowing of their interest, and so many adopt the approach of trying to attract a guy by being extremely dismissive. They stop smiling or giving him any eye contact, they turn their backs to them if ever in a conversation and they just generally ignore him thinking that guys will jump at the chance of trying to win over such an ice queen.

Doing this will stop even the most relentless of guys in their tracks, so if you continue to do this, I wish you good luck in getting him interested! I assure you that to attract men, it’s imperative that you remain warm and friendly (whilst not giving too much away). And the best way to do this is by giving a guy mixed signals. Women generally don’t understand this when first discover how to attract men, but it’s essential – so keep it in mind.

When a guy is 100% certain that you’re interested in him (which only really ever happens after some serious convincing from his friends!) he often becomes disinterested. You’ve shown too much interest and so he no longer considers this exciting. Remember that guys like a challenge – not an impossible expedition (like the bitch mentioned earlier) but thrilling excitement brought about by creating curiosity and intrigue.

Alternatively the feeling of certainty becomes too much for him. If he really likes you, in many cases a guy will do nothing about it just because he experiences so much anxiety. If he knows you’re really interested in him, and he still manages to mess things up, imagine what that would say about him! It’s too big of a risk to make.

Be a Bit Flirty With Everyone

Perhaps the best way to disguise your advances is by becoming a generally more flirty person. If he see’s that you’re playfully flirty around other people, it won’t dawn on him (or his friends) when you’re a bit cheeky around him. There is also a massive benefit of winning over the other guys around him – they will start to talk about how playful, funny and attractive you are. The more guys do this amongst one another, the more they reassure themselves of it and the more of a challenge you become!

Now rather than destroying his ego by potentially rejecting him, he’s getting a massive ego boost as in his mind he’s beat a whole host of other guys to be with you. And thats really the secret to attract a guy without him catching on. Myself and the team really enjoy reading your comments and feedback, so if you’ve ever been in a position where you’ve had to attract a guy without anyone else noticing, perhaps at work or at the office, then do let us know!