How To Be A Good Girlfriend (And Get YOUR Needs Met)

In this post, I want to talk about some of the facts about what makes relationships work in the long-term.

Don’t worry – being a good girlfriend doesn’t by any mean imply YOU’RE going to be the one putting in all the work. It means being the highest value version of yourself so that you also get the best out of him.

Here are 5 powerful tips for being the woman of his dreams:

1. A good girlfriend makes him feel like his best self

One of my favourite ever movie quotes is in the film As Good As It Gets, when Jack Nicholson says to Helen Hunt, “You make me want to be a better man.” 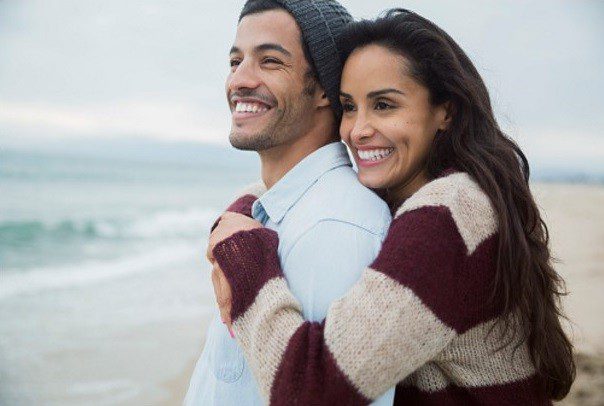 This is the dream woman every man hopes he will find. A girlfriend who inspires him to be better by believing in him 100% and encouraging him to put himself out there and fulfill his potential.

Of course, that doesn’t mean you can take a lazy, useless guy and live hoping he’ll grow up and take control of his life. It means finding a guy who truly has drive and then being someone who is his greatest teammate (and allowing him to be yours as well!).

One of the best things anyone can do in a relationship is learn how their partner feels love, even if it’s completely different to them. This enables us to give our partner that feeling of significance and safety that we crave ourselves in a relationship.

And what’s more, be willing to show him your own standards as well. This way, he knows the exact blueprint to pleasing you, instead of having to guess and get it wrong all the time!

The girlfriend he dreams of isn’t someone who depends on him to fulfill every need.

The only guys who are turned on by a dependent woman are narcissistic control freaks who need to be in charge of their partner’s happiness.

A high-value guy will want to see evidence that you have your own independent sources of happiness outside the relationship that give you inspiration and joy every day.

This is one of the secrets that will get him to commit in the first place, and it also happens to be the secret of keeping the guy and having a healthy relationship.

4. Realise DESIRE is just as important as COMFORT

In many relationships, especially those in which the couple live together, things can quickly become so comfortable that your partner begins to feel more like a roommate or a best friend than a romantic lover.

The couples that work best know how to prioritize DESIRE just as much as COMFORT.

Whatever method you use to get there, the best partners are those who appreciate their significant others need for desire and work to satisfy it just as much as their need for comfort.

5. Be willing to be strong for him sometimes

It’s well-known that men in general like to play the strong role in the relationship.

They like to be able to comfort and take care of you, keep you warm with their jacket, make sure you get home safe, stroke your hair and hug you when you’re feeling emotional or upset.

But occasionally, men love the idea of a woman who lets him be vulnerable without judgment. That is, the girlfriend who is going to look after him and hear him out when he’s not at his best, who is going to pick him up and give him a hug when he feels weak and at the mercy of all of the crap life throws at him.

It might sound cheesey, but men need a woman who makes him feel safe and protected as well. If you become the one person he can really be his vulnerable self around (even if it’s only once in a while), you become irreplaceable to him. He’ll want to be the best man he can be to keep someone as confident and self-assured as you around.