How To Date Ambitious Men

Ambition as we all know is a universally attractive trait. While a wildly ambitious man might not be for everyone (it can certainly take huge sacrifice to make things work with one), for those of you after one, here’s how to do it… 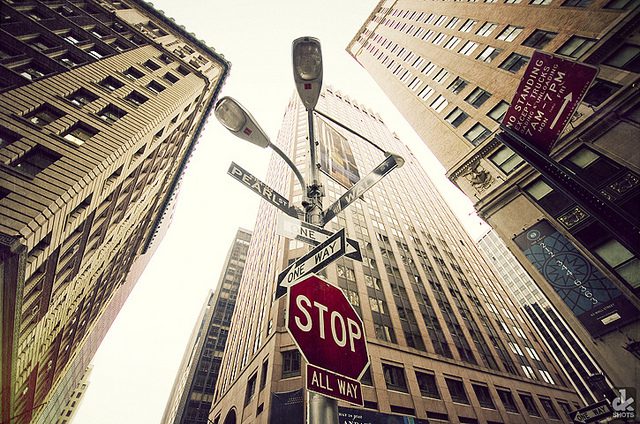 Are you after a man with a plan?

Let’s talk about how to handle the power hungry maniac.

It’s easy to be attracted to ambitious men. Matt has often spoken in his seminars about the importance of certainty in attraction – so it’s little surprise that women are turned on when a man has big ideas about what he wants and makes strides towards his dreams.

Ambition and determination are frequently cited by women, alongside confidence, as traits that are inherently sexy in a man. And ambitious men are turned on by women who encourage their ambition.

Note: I say nothing in this piece about the importance of ambition in women, which is equally as crucial to attraction, and the subject of a future post.

Men are strongly driven to succeed by fantasies of sex and power (and even the latter I imagine is desired as a route to the former). Both are responsible for all manner of great and terrible historical deeds.

When a guy wants to show off his master plan for his future to a woman, it’s his way of puffing out his chest and displaying a unique ability only he possesses. It’s his competitive instinct saying: “stay with me, and you’ll see why I’m so much more amazing than other guys”.

Within the first few dates an ambitious guy will typically open up to you about his dreams and plans. He’ll paint a vivid picture of where he wants to be and how he’s moving towards the lifestyle he envisions for himself. This is his way of trying to entrance you. He can’t hypnotize you by applying lipstick mid-conversation, but what he can do is show off.

He will also indirectly talk about his proudest achievements as evidence that he’s capable of accomplishing big things. Sometimes this is shameless bragging. If pushed too far it can become downright vulgar and a turn-off.

But let’s assume he’s doing ok, getting excited telling you what he wants to achieve and offering a detailed vision of his life in the next few years. What’s the best way to respond to it?

DON’T… Giggle or belittle him

If you make him sound silly or suggest that his ideas are a wild long shot that will probably never happen, you’ll just either (a) make him feel stupid for thinking big, or (b) be added to the long list of people he yearns to prove wrong.

Either way, you’ll kill his attraction and cause him to emotionally check out of the relationship.

He needs to feel that what he’s doing is possible. If his plan sounds enormous i.e. he wants a penthouse in London and New York and to be CEO of the biggest software company in the world, just get excited about it with him and be curious e.g. “I love New York, where would the apartment be?”, or tell him reasons why it sounds incredible.

DO… Encourage and believe in him BIG TIME.

Ambitious men want the woman they love to be the first person they can call when something great happens; someone with whom they can celebrate every success and big opportunity. He wants to feel like you are totally on board with the vision he sees for his future, because ultimately, he wants to take you there with him.

DON’T… Live for his potential

Either love him as he is now, or forget it. Don’t invest in a man just because he has big ideas – it doesn’t necessarily mean he will follow through on them.

Ambitious men can go on to do great things. But it won’t change who they fundamentally are (in fact, achieving success can bring out uglier sides of a person that you may not have seen previously, so be warned).

Just because he paints a compelling picture of the future, that future could still be ten years away, and there’s no guarantee he’ll even get there. Assume he will always be the man he is now, and invest from that basis.

DO… Inspire him to do better

Ambitious men love women who inspire them to climb even higher, or dare them to think even bigger than they already do.

Encourage his abilities and even suggest at times that he’s underselling himself.

He wants you to be his biggest fan and the best coach he could ask for. The person who adores him for what he does, but also is there to push him further when he feels like quitting or when things are tough.

Just because he seems certain and headstrong, he still needs someone to push him to keep chasing after what he wants.

Every ambitious guy wants that feeling Jack Nicholson had in the film As Good As it Gets, when he tells Helen Hunt “You make me want to be a better man”. This isn’t about loving a guy for who he could be, it’s about loving him for that part of him that wants to aspire to more than he is.

You may love him as he already is, and that’s great.

But don’t bother trying to tell him to calm down or reduce his sights by telling him he doesn’t need to achieve. If he’s highly ambitious, there’s little you can say will deter him from his pursuit. The important thing is to make sure you can live with this kind of driven person. (Note: highly ambitious men aren’t for everyone!).

The idea that ambitious men only like dependent or submissive women doesn’t bear out.

You being strong and determined in your own life is going to be sexy to him. He is going to want to give you the same support that he gets from you: the best couples are able to feed off of each other’s energy and drive each other further.

Him seeing you prioritise your own plans is going to reassure him that you’re independent and make you more intriguing.

Just don’t forget to spend time cuddling and eating pizza at least one night a week.

Don’t play the eternal Devil’s Advocate and explain all the possible ways he could fail.

If you become the person who always pokes holes in his plan, you become his adversary. He’ll feel antipathy towards you, and feel like he has to fight against your resistance. You don’t want to be that. You want to be in the battle with him.

All he needs to see is that you’re on his side and willing him to get there, even if he knows his ideas are a little outlandish right now.

DO… Offer your advice and expertise

Even though you want to avoid excessive criticism, you still should definitely contribute and ask questions. A headstrong guy will feel more inclined to receive advice if it comes in the form of help and curiosity rather than the critical frame of trying to “shoot down” his ideas. Suggest ways he can get there quicker, or just go ahead and take the initiative to do something that will help push him forward.

Always remember, even if they are frustrating at times, ambitious guys are basically getting out of bed in the morning to impress you.

If you show you’re on his side and have the same drive to succeed, he’ll be the best teammate you ever have.

41 Replies to “How To Date Ambitious Men”