How To Get A Guy To Like You: 5 Mistakes Women Make

Many of the posts on this blog have covered the issue of what matters to men when it comes to long-term attraction.

Yet it’s still easy to find so many women doing the wrong things when they meet a guy they like.

This is because we all have ‘attraction blindspots’. For women, this includes those behaviors or personality traits that repel a guy and make him think “no chance”.

Many women might think certain things they do are flirty or cute, never knowing that they are actually disqualifying themselves as a potential partner from the very first date.

So if you really want to know how to get a guy to like you, here are 5 things you MUST stop doing immediately:

1. Teasing Him Too Much

Teasing is a very fine balance…

You always want to do it in a way that shows you’re in on the joke, not in a way that belittles his interests or makes him feel embarrassed about who he is. 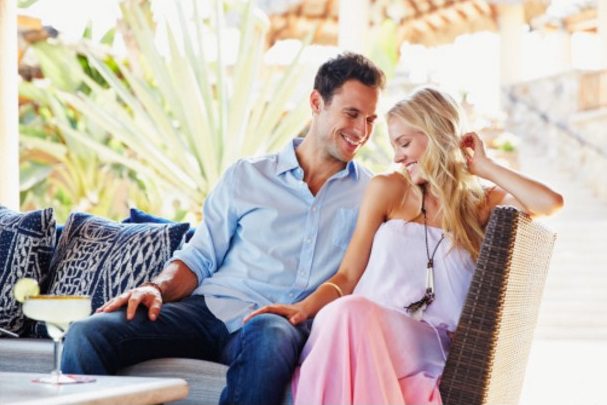 Teasing is about giving him just a tiny bit of sass, something that makes him laugh and feel like part of the joke, not making him feel inferior or judged for his choices.

The best teasing involves a back and forth, where you can both smile over little jokes you make towards each other without making things personal or competitive.

A guy will take a challenge, but most guys won’t pursue you if you periodically stop responding to his texts, or play games to see if he’ll chase even more.

Men are happy to chase women who they see as high-value. But they don’t pursue hard-to-get for its own sake.

He’d much rather see that you have standards for the behaviour you’ll accept – but if instead he sees that you waste his time or play mind games, a confident man will soon find this attention-seeking behaviour annoying and lose attraction.

3. Being a “Personality Chameleon”

Also known as trying too hard, some women make such an effort to just be nice and agreeable that they never create the sexual tension required to get a guy truly interested.

Being nice on its own doesn’t win people over – you also need to be able to make confident eye contact, use physical touch, and seem warm and be able to flirt with him.

This means taking those small risks: to gaze at him for that extra second, to touch his arm gently when he makes a joke, or to give a flirty compliment that shows him you’re interested.

Most people either tend to focus on one of two things: just connection, or just physical attraction. When you mix the two, that’s when a guy is floored by your very presence and can’t help but be attracted to you.

4. Trying to Get a Guy to Like You Through Jealousy

Only the worst guys will be attracted by jealousy.

What the high value woman realizes is that she is already in demand – she has great friends, fulfilling passions, work she loves – she doesn’t need a guy to save her and this is what makes her desirable. As I also mention in my post on dating advice for women, this is why it’s so important to belong to a few different social groups so that you have different kinds of friends who meet different needs.

She doesn’t need to fake being in demand by mentioning how many other guys hit on her or making it clear how many likes she got on her last Instagram photo.

Bottom Line: If you play the jealousy game, you’ll soon have the player to go along with it!

5. Forgetting To Compliment Him

The stereotype is always that women need to be showered with compliments. Well, guys need them too.

While you don’t need to tell him anything too unsubtle (e.g. “You’re really hot”), you can tell him that little things about him impress you, or that you like that he’s tall. Just something small that tells him you’re curious and interested, but that lets him still work for your full affection.

No matter how much I read about how to get a guy to like you, barely anyone stresses this point enough. Confident men love to be around women who make them feel good about themselves.

As long as you’re only complimenting him because you find something genuinely impressive or likeable about him, it won’t come across as needy.

Just make sure he’s equally as impressed by you!

6 Replies to “How To Get A Guy To Like You: 5 Mistakes Women Make”