What I Learnt About Blogging, Love, And Creativity After Writing 100 Posts About Dating

Last week it finally happened. I didn’t even realise it, but a moment I had anticipated for two years came to pass.

I typed my name into the search box at the right hand side of this page. Once I pressed the final key on the words “Stephen Hussey”, I tapped enter and the page began to load. Then the results appeared and said it clearly: “100 articles found”.

I had done it.

After two years of sitting down at my desk each week to pull ideas out of my brain, I finally hit publish on the 100th article I’ve written since I began posting on this site!

All I could do was stare blankly at my laptop and mouth the words “Holy crap”. 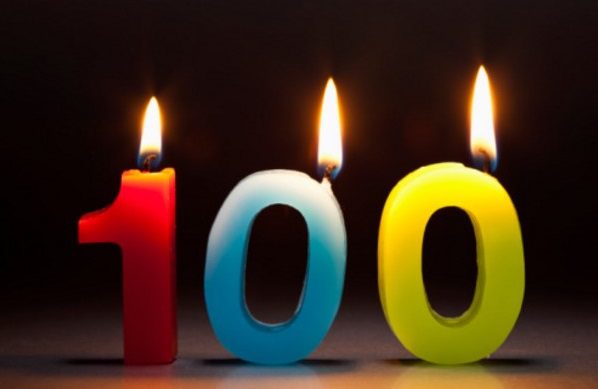 When Matt first asked me to blog on the site, I already worried about the week I would run out of ideas. I had written plenty of material with Matt since GettheGuy started, but I had never posted my own thoughts under my own name. I was nervous about how I would be perceived; this new, alien voice being thrust upon Matt’s audience.

I was certain that people would call it nepotism and wonder why Matt was foisting his younger brother onto a readership who were clearly there to see more of him. And yet, the response was 99% positive (I’m sure one or two people complained, but you can never get a perfect score in life), and I was delighted by how generous and warm Matt’s readers turned out to be.

Pleasingly, they turned out to be a reflection of all his best qualities: warm, generous, open-minded, and encouraging every step of the way.

But just as I got comfortable, I realised I was studying for a PhD.

Despite the newfound enjoyment that comes with having an audience who expectantly waited for more, I became keenly aware of the pressure of living up to putting out one post a week, no matter what was going on in my own life.

I posted when I was buried under the weight of studying at Oxford. I published when I was having arguments with girlfriends and the last thing I wanted to do was sit and write about dating. I would even shoot off a blog or two from sunny beaches when I was supposed to be enjoying a holiday.

I started to find this blog a comfort, an outlet. As cliché as it sounds, it had become therapy to sit down and write every week, even when I was in a perfect storm of overbearing academic deadlines with dreadful consequences, facing down a project of 100,000 words on human rights which I couldn’t wait to just be done with (believe me, by the 3rd/4th year of a PhD, everyone just wants the damn thing done and out of their lives, like a relationship they should have left a long time ago).

So I kept coming back. I kept panicking. I had a mini-breakdown. I phoned up Matt and said I had nothing more to say. He said, “Stop trying to write what you think I want and just write whatever the hell you want. You have a free pass, so use it!”

I don’t know any ultimate secret to creativity (and I mistrust anyone who says they have one), but I do know that one thing that helps is when you finally start to write about what matters to you.

So here we are.

I’ve talked about how to know if you’re dating a narcissist, the art of deep conversation, who you should marry, the truth about what *really* matters to men, dream women, nightmare women, secrets of high-value men, things I *wish* people said were sexy, why every woman *always* needs to look at a man twice, how to escape the friends-with-benefits zone, and why being classy will get you laid.

There’s little left for me to do in this post but say thanks for being here every time, always leaving kind words on the comments or on social media. I read every single one and try to get back as often as I can (i.e. when I’m not writing other stuff).

Over the course of 100 blogs you get used to the some ever-present recurring questions after a while. Here are three of the most common:

My answers respectively: Yes, No, and Err…I lost it.

When you write 100 blog posts it doesn’t make you an expert on writing, but there are definitely things I know now that I wish I had discovered earlier. In case you’re ever thinking about blogging, here are some thoughts:

Now I’m asking myself the obvious question: What do I do to celebrate?

Buy a cake? Give my 100 best dating tips? Go and spend $100 dollars on myself? Apparently I’m not as creative as I thought I was…I’m already out of ideas.

I don’t know. Maybe I’ll get a pizza. But that would ruin my whole healthy eating kick, and I’m doing pretty good at the moment.

Here’s one thing I’d like to do…at 2pm Eastern Time today (11am PST) I’m going to jump on Matt’s Facebook page and do a Q&A.

Come and send me a question or just let me say thanks to you personally, whether you followed for just one post or all one hundred (bless you if you did).

To round of this Oscar speech, let me say thank you so much to Matt, for being so generous in giving me an audience that I could only have dreamt of, and which truly I didn’t deserve.

And to you. Thank you if you ever shared, tweeted, commented, read, emailed, or even wrote to tell me that you hated my latest post. I’ve cherished every bit.

29 Replies to “What I Learnt About Blogging, Love, And Creativity After Writing 100 Posts About Dating”