The whole Miley Cyrus phenomenon has been on a lot of people’s lips recently. I generally don’t use my platform to talk about celebrities, firstly because I don’t like to judge people whose lives I know nothing about, and secondly because I don’t much care what they are up to.

I did however watch the VMAs along with a lot of other people, and found the whole performance somewhat uncomfortable. It’s hard to express exactly why without some serious reflection.

I believe in empowering women and showing them what beautiful people they are. I believe respecting women to be of the utmost importance, secondary only to a woman’s own self-respect.

So I was left a little conflicted with the Miley thing. A lot of people are judging her right now. She’s entitled to go through phases, just like any of us have. In a perfect world she’d be entitled to go through these phases without the judgement of millions of fans and non fans. Unfortunately (and fortunately for her income), she has millions of fans and non fans ready to judge her.

The truth is, I do not care what the world thinks of what she’s doing. Nor do I much care about what the general population thinks about anything. We all have to be smart enough to look at a situation objectively without the rants of the mindless controlling every aspect of our thought. The temptation to parrot the demagogic ramblings of the gross tabloids and magazines is always there.

But I’m reluctant to go down the righteous route of “she’s a role model so she should do better”. She’s not some elected politician who has a responsibility to their electorate. She’s a singer. She makes lot’s of money selling records, amongst other things. I will admit to finding the concept of lots of teenage girls emulating this ‘phase’ disturbing, but whether that really is her responsibility is another matter. God forbid we ever be in a position where every move we make is judged on how great an example it presents to millions of others; an impossible standard to live up to to say the least.

Although I don’t think ‘Miley news’ or any sort of celebrity news is ever really interesting or of any consequence, yesterday something did catch my attention: an open letter from Sinead O’Connor to Miley Cyrus.

Since I cannot talk from any personal experience of the music industry, nor of being a 20 year old woman, this letter contained a lot more credibility than I have on both counts.

After allegedly claiming that her Wrecking Ball video was inspired by O’Connor’s Nothing Compares 2U, Sinead expressed her concern for Miley not only as an artist but as a woman.

This letter sums up the ‘High Value’ way to look at this situation more authoritatively than I could. It’s long, but it’s worth the read I assure you.

After you’ve read it, let me know what you think. I’d love to hear your opinions on the matter (I would love it if the comments weren’t about Miley Cyrus, but about the situation itself. There’s enough judgement on her as an individual without us having to add to the pile. I think it’s much more positive to keep it constructive and look at it as something to take personal learnings from). 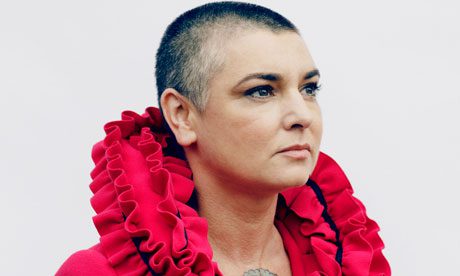 I wasn’t going to write this letter, but today i’ve been dodging phone calls from various newspapers who wished me to remark upon your having said in Rolling Stone your Wrecking Ball video was designed to be similar to the one for Nothing Compares … So this is what I need to say … And it is said in the spirit of motherliness and with love.

I am extremely concerned for you that those around you have led you to believe, or encouraged you in your own belief, that it is in any way ‘cool’ to be naked and licking sledgehammers in your videos. It is in fact the case that you will obscure your talent by allowing yourself to be pimped, whether its the music business or yourself doing the pimping.

Nothing but harm will come in the long run, from allowing yourself to be exploited, and it is absolutely NOT in ANY way an empowerment of yourself or any other young women, for you to send across the message that you are to be valued (even by you) more for your sexual appeal than your obvious talent.
I am happy to hear I am somewhat of a role model for you and I hope that because of that you will pay close attention to what I am telling you.

The music business doesn’t give a shit about you, or any of us. They will prostitute you for all you are worth, and cleverly make you think its what YOU wanted … and when you end up in rehab as a result of being prostituted, ‘they’ will be sunning themselves on their yachts in Antigua, which they bought by selling your body and you will find yourself very alone.

Yes, I’m suggesting you don’t care for yourself. That has to change. You ought be protected as a precious young lady by anyone in your employ and anyone around you, including you. This is a dangerous world. We don’t encourage our daughters to walk around naked in it because it makes them prey for animals and less than animals, a distressing majority of whom work in the music industry and it’s associated media.

You are worth more than your body or your sexual appeal. The world of showbiz doesn’t see things that way, they like things to be seen the other way, whether they are magazines who want you on their cover, or whatever … Don’t be under any illusions … ALL of them want you because they’re making money off your youth and your beauty … which they could not do except for the fact your youth makes you blind to the evils of show business. If you have an innocent heart you can’t recognise those who do not.

I repeat, you have enough talent that you don’t need to let the music business make a prostitute of you. You shouldn’t let them make a fool of you either. Don’t think for a moment that any of them give a flying fuck about you. They’re there for the money… we’re there for the music. It has always been that way and it will always be that way. The sooner a young lady gets to know that, the sooner she can be REALLY in control.

You also said in Rolling Stone that your look is based on mine. The look I chose, I chose on purpose at a time when my record company were encouraging me to do what you have done. I felt I would rather be judged on my talent and not my looks. I am happy that I made that choice, not least because I do not find myself on the proverbial rag heap now that I am almost 47 yrs of age … which unfortunately many female artists who have based their image around their sexuality, end up on when they reach middle age.

Real empowerment of yourself as a woman would be to in future refuse to exploit your body or your sexuality in order for men to make money from you. I needn’t even ask the question … I’ve been in the business long enough to know that men are making more money than you are from you getting naked. Its really not at all cool. And its sending dangerous signals to other young women. Please in future say no when you are asked to prostitute yourself. Your body is for you and your boyfriend. It isn’t for every spunk-spewing dirtbag on the net, or every greedy record company executive to buy his mistresses diamonds with.

As for the shedding of the Hannah Montana image … whoever is telling you getting naked is the way to do that does absolutely NOT respect your talent, or you as a young lady. Your records are good enough for you not to need any shedding of Hannah Montana. She’s waaaaaaay gone by now … Not because you got naked but because you make great records.

Whether we like it or not, us females in the industry are role models and as such we have to be extremely careful what messages we send to other women. The message you keep sending is that its somehow cool to be prostituted … its so not cool Miley … its dangerous. Women are to be valued for so much more than their sexuality. We aren’t merely objects of desire. I would be encouraging you to send healthier messages to your peers … that they and you are worth more than what is currently going on in your career. Kindly fire any motherfucker who hasn’t expressed alarm, because they don’t care about you.

Remember to leave a comment. What are your thoughts on the situation?

229 Replies to “The High-Value Woman Position On Miley Cyrus”