Get The Guy / Matthew Hussey's Dating Advice Blog / What To Do When You’re Stuck, Or: My Massive Melodramatic Mid-March Meltdown

What To Do When You’re Stuck, Or: My Massive Melodramatic Mid-March Meltdown 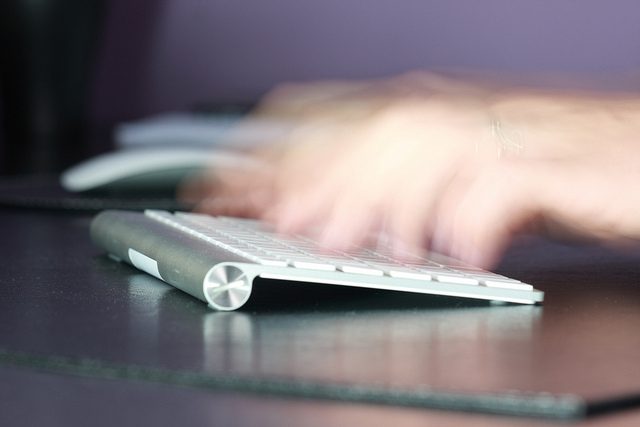 I’m trying to write another article. Really I am. But it’s not going well.

Perhaps I should riffle through the potential list of dating problems.

Quick tips for body language? Sex advice? The friend-zone. Commitment issues. How to get him to wear Calvin Klein briefs instead of his tatty old boxers with the worn-out elastic waistband?

Those are all options.

But haven’t they read enough of those things? I want to say something original, maybe the idea just isn’t there yet. Does that mean I can quit for a week? It’s been nearly 60 blogs in a row anyway right? No, of course I can’t quit. But then what do I do…?!

This is meltdown territory. Not a place you want to stay in too long. Just write something and be done with it. 98% of the time that’s the answer.

But sometimes it’s better not to just phone it in.

Here’s how my week usually goes when I try to come up with blog ideas.

It all begins with an ‘itch’. Something that niggles and bugs me, until I scratch it out on virtual paper, pulling sentences from my brain and organizing my thoughts into handy lists, until I have enough material hammered out from my keyboard to hit the “post” button on WordPress.

The idea clicks in my mind around Friday and I know I have a blog post.

The rest of the week is easy sleeping now that all I have to do is plonk myself down in front of my laptop, draw one gulp of steaming hot builder’s tea from my KitKat mug, and throw out the thoughts bubbling in my mind for the last few days onto a Word Document. A few polishes later it’s ready to go.

Those are the good weeks.

Other weeks it’s me and the blank page going to war.

My laptop and I can feel the tension; I sit in my office chair, my muscles tight and heavy, as though someone packed wet sand into my shoulders, all furrow-browed and stiff as I hold my breath to draw first blood on the keyboard.

I type the first sentence…

Have I forgotten how to do this?!

I try another approach. Start in the middle, that usually works. Get straight to meat. But sometimes nothing sticks, it just doesn’t feel smooth. I write a list of potential topics and hate all of them. Is this as good as it gets? If I can’t think of anything this week, what about the next week, and the next week…does it just get worse from here?!

Now you have a dilemma on your hands: Do you sit waiting for the golden apple that never appears, or do you ship your half-baked, unpolished ideas and promise yourself you’ll do better next time?

Sometimes the latter is the answer.

Get in, get out. Hope for better next round. At least you have the satisfaction that you showed up and did the work.

But maybe you’re being soft. Maybe the good idea is still out there, but you’re just not reaching far enough, not tunneling through enough mud to find the 10-pound ruby buried under the hard clumps of earth.

In those moments, you have to take unorthodox solutions to get through your writing block and dig further.

Here are 5 ways I sharpen the shovel to dig out the hidden gems:

Right now you’re an unlit match, and you need to catch fire.

One great source of fuel to light that spark is books, articles, blogs, twitter, online forums, comments from old posts.

I grab a pile of books from the shelf and fall onto my bed. I’m scanning through them, grabbing chapters with intriguing titles and swallowing random pages like I’m in some frenzied biblio-buffet.

What I’m looking for, I don’t really know.

These are usually fuel enough to get me feeling enthusiastic about a subject (which for me is the predicate of all inspiration).

I’m just looking for something I can feel strongly about. Something that will dare me to scratch that itch.

I notice when i’m stuck that it’s usually because I’m asking boring questions: “What else do people want to read?” “What haven’t I written about?” “What is next on the list?”

These questions can help you start, but they also lead to playing it safe, losing your edge, being the same as everyone else.

Sometimes new questions are much better:

“What am I angry about?”
“What do I strongly believe that other people don’t say enough?”
“What upset me about the world this week?”
“What are the hardest struggles in my life?”
“What about love makes me unhappy?”
“What are the best things I notice about the writers, thinkers, movie directors, and friends I admire?”
“What made life worth living this week?”
“How did I solve the worst relationship problem I ever experienced?”
“How did I recover from the obsession of unrequited love?”

3. Bet On Your Own Prejudices

If it upsets me, it will upset them.

A risky strategy. There’s always a bunch of people who, when they see your guts spilled across the page, won’t like what they see.

Those casual readers preferred the sanitised version of you, the carbon copy, the ‘safe’ guy who wrote the regular articles you’ll find in every other glossy magazine.

But maybe you don’t need to win everyone over.

Maybe once in a while you throw your heart out, and hope people recognise themselves in it. If in doubt, just run with your emotions and personal gripes and see where they take you.

4. Make It For Yourself

Like anyone who writes to be read, I am invariably greedy. I want every reader to be a fan of everything.

But they won’t be.

I’ve had plenty of comments that start: “I usually love your posts, but I didn’t like this one…”

Maybe my subject offends them. Maybe my tone is harsh, patronising, or they felt judged and called out by the language I used.

I’ll be self-critical and defend myself. But after that, maybe we’ll agree to disagree. No biggie. Maybe I’ll win them back next time.

But if I write posts hoping to win friends every single time, I become diluted orange squash. The work quenches a thirst, but leaves no taste worth writing home about.

Write to be read by others, but write for yourself first.

It makes life so much easier when you change your criteria from pleasing 1000 people to pleasing just one.

You only did it for fun in the first place.

When you don’t know what to say, just excite yourself again:

What would I teach if I were having fun?
What would I write if I wanted to entertain myself?
How can I surprise myself in this piece of work?

That’s my new mantra. Even for the most gruelling, miserable, difficult deadlines. When you’re blocked and stifled and don’t know where your pen should go next, just allow that gentle reminder to creep in: Make it fun again.

At least then, even when you don’t always know quite what you’re doing, you remember why you’re doing it.

32 Responses to What To Do When You’re Stuck, Or: My Massive Melodramatic Mid-March Meltdown

Whilst I was in Toronto for the Matthew Hussey Live tour, Marilyn Denis invited me on to co-host a full...