**Today I wanted to do something I don’t usually do here and respond to a reader question, because a. I liked the topic, and b. it was the comments under my most recent New Years Resolutions blog and I want to start serving more of the people who take the time to actually comment on my website.**

I learned a lot from your Youtube videos and was really struck by what you had to say. I’ve been having this burning question that I hoped you could help me think clearer.

What would you do if you were someone in your mid-20s who deep deep down really want to have a meaningful life and find a partner who also values the same thing. I find it difficult to meet like minded people especially in big cities like New York, many people took “work hard, play harder”, “enjoy every bar and restaurants this city has to offer” very seriously and wore them as a badge of honor.

Don’t get me wrong, I enjoy those things sometimes but I am an overachiever type – I came to this country alone from a poor family 5 years ago, I can’t afford wasting too much of my time on those things. It’s funny that if I were a guy, I would have much less problem attracting high quality women but what would you do if you were an ambitious girl? Do you think I should keep on lying to myself, hiding my ambitions around men and just behave a stereotypical princess?

Thank you,
Your Fan 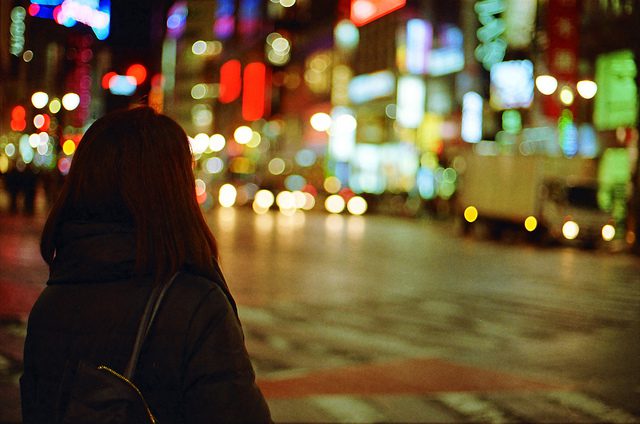 I’ve been in and out of New York for 3 years now, and in the last year found a home there (alongside calling LA a home) both literally and figuratively.

First, the ‘play hard’ mindset isn’t contained to the twenty-something’s. Many of the overachievers in this area are in their thirties and forties. If there’s one positive of all this, it’s that these people don’t seem to have the problem of getting old before their time (though I know plenty of women who at last wish these men would get old AT their time).

The downside is that when looking for someone who wants to find a partner it can get a little trickier. There appear to be less people looking to do that – as is the case in any town where people feel they have many options. New York is simply ‘choice’ at the extreme end of the scale.

I can relate to your question because I’m a hard worker who has always been attracted to others who are thoughtful and ambitious, and don’t just appear to live on the surface. Do be careful with simply wanting someone ambitious though. It gets just as grim at the other end of the party-boy’ spectrum – where people are incessant workers who never give themselves a break and think only of how to get to the next level. Any person of one-dimension quickly becomes a bore.

Most sensible people are looking for a well-rounded individual who appreciates the importance of work and play. It’s not easy to find such people. New York (like most cities), is a place brimming with fantastic people, 9 out of 10 of which are completely wrong for us.

The good news is you don’t have to dumb it down, or pretend you love going out much more than you really do. The key to likeability usually lies somewhere the middle of authenticity, humility, and the willingness to try to see what other people see in the things they enjoy. So as long as you can enjoy going out when the occasion presents itself, there’s no need to do it on the same level as everyone else.

There are men looking for intelligent and ambitious women (so long as you still make him feel he matters amidst all that ambition), but chances are they are either in their twenties and haven’t realised they want it yet, or – just as likely – are the same as you: at home working on their dreams and wondering where all the interesting 20-something women are hiding.

One last thing Hollie, if you haven’t got your hands on my programme ‘How To Talk To Men’ it will do a number of things to help with your current dilemma:

‘How To Talk To Men’ is a very accessible programme and broken down into easy to manage chapters for your needs.

Get the Secrets Scripts HERE

P.S. For everyone reading this right now, I’d love to know your thoughts. Maybe you have advice for Hollie that I haven’t been able to fit in.

If so, leave a comment and let’s get the discussion going.