One day every month I’ll tend to blow off my afternoon’s work and go to the movies at about 2pm.

It begins with me sat at my desk in the morning. I fool around for a few hours, and then after nothing happens I’ll think “yep, it’s that day again”. I turn to google to find today’s movie showings, pick one, and leave my desk behind. 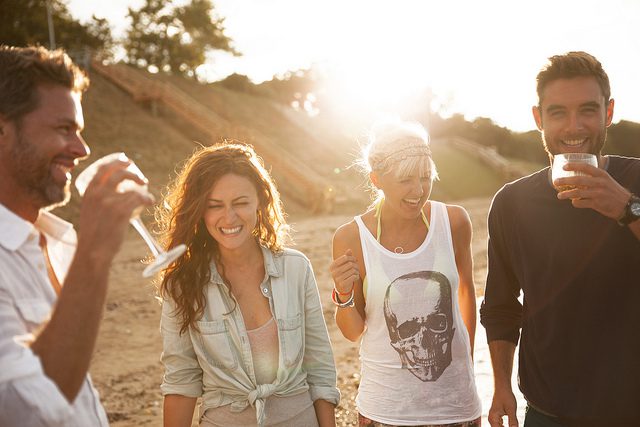 Sometimes I’ll see a serious film I’ve been dying to catch. Other times it’s just some celebrity-voiced cartoon entertainment that I’ll shortly forget upon exiting the cinema. Occasionally it turns out to be The LEGO Movie and I’ll come out with a ridiculous smile on my face and want to call up my best friend and head to the nearest toy store I can find.

To make the treat extra special, I buy large popcorn (salt and sweet flavour) and a large Pepsi (diet of course, I’m not a complete monster).

Granted, I am a movie-junkie. I prefer to refer to my addiction that way over the more formal “Cinephile”, since the latter suggests I take my binging as a stern, analytical affair, when it feels much more indulgent than that.

Seeing anything from a Hitchcock classic to a new Marvel blockbuster projected on a big screen in the dark with an audience remains one of my primary joys in life.

But the point here isn’t the movies.

The point is the thrill of the spontaneity.

It’s the giddiness of throwing away your well-laid routine and doing something unexpected.

Dare I say, it’s the joy of the “Fuck it! I’m out of here” moment, when you cast off serious intent and decide to have fun while everyone else slaves away about their day.

I remember last month I did something similar. I spontaneously decided to meet some friends in London to spend the day in the sun – going for brunch, walking through Regent’s Park, eating ice cream – it was as though while the world went about the usual train tracks of their daily grind, we had snuck out of the matrix.

It felt all the more sneaky for being in the middle of a weekday, like we were having fun outside of the prescribed hours.

These small assertions of freedom in life might seem silly and trivial, but they add an essential flavour and energy of excitement that I know I’ve been guilty before of embracing all too infrequently.

The philosopher Jean Paul Sartre famously said that all mankind are “condemned to be free”. Available to us at any moment are a dizzying array of choices that we are always making, whether we are even consciously aware of it.

You make the decision to be the first one on the dance floor before the rest of the room gives you permission.

You make the decision to book a flight in the next month and take yourself on an adventure.

You make the choice to live the way you’ve been living, to run for a mile today, to use your body, to read a new book, to see friends, to enjoy company, to lay on the grass, to cook pancakes, to ask someone out, to give love to others…if you think for long enough, the choices available will stagger you.

But don’t get overwhelmed. Whatever you choose, there’s always the option to choose again. And again.

And again, and again and again…

12 Replies to “On Infinite Choice”