You dress up, do fifty sit-ups in your bedroom, get hopeful, walk out the door, and realise within ten minutes you’re out with the wrong person.

You took a chance. But he had wonky teeth you didn’t really like. Or he laughed loudly at all his own jokes and it was a complete turn-off.

But hey, at least you got a free meal out of it (at least I hope you did…) 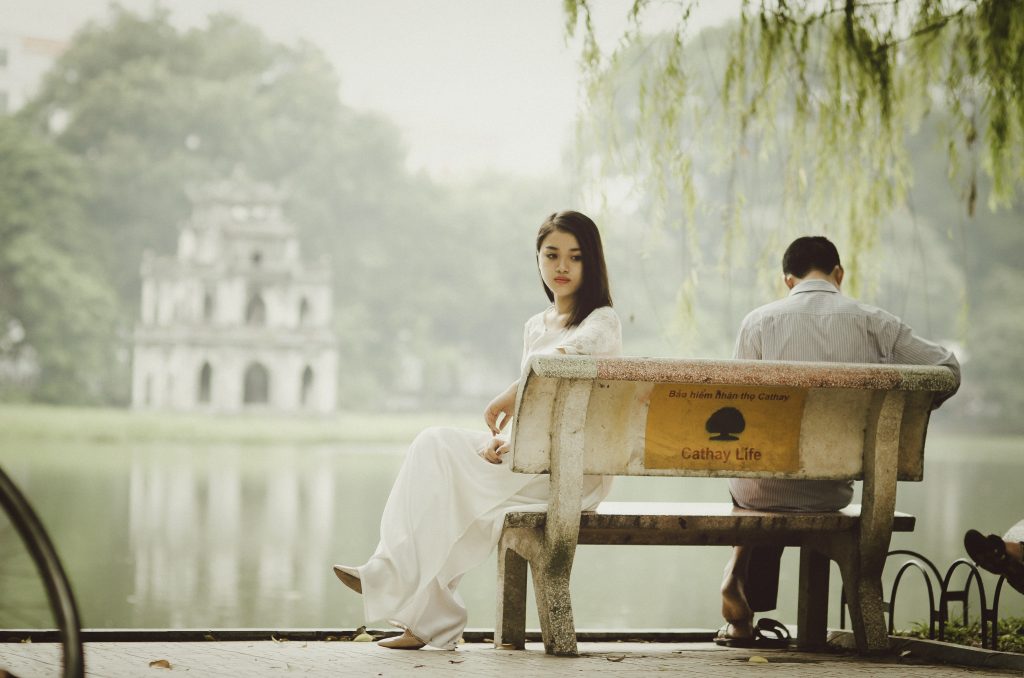 Sometimes a date turns out just to be a nice conversation…

It’s not the end of the world. At least you weren’t hit by a bus. Going on a bad date and then getting hit by a bus… that would really suck.

If nothing else, a date can just be a chance to learn about someone. You might as well since you’ll never see them again.

Maybe it gets better. Once you relax into the date and take the expectations off you actually realise this person is more likeable than you thought.

Your friends ask how it went. “Well…  he was nice,” you tell them. But hey, it can’t all be excitement. No more than a job hunting is exciting until you find something that seems like the perfect fit.

The problem is, we’re all lonely. So we convince ourselves that maybe this person was better than they really were. And I don’t know about you, but I’m a kind person. I like to give people the benefit of the doubt.

What’s the point though? Why drag it out longer than you have to? Why make it a whole saga when you could just say what you really wanted to say, “Not bad, but not for me.”

That’s the truth of a lot of dates. Somewhere in the middle. That’s fine. I’ve learnt to deal with fine.

That’s what most parts of life are like until something amazing happens.

It’s the same with work. I write a bunch of articles. I write e-books. I write blogs. One or two are awful. The rest are decent. Then occasionally something amazing happens. I knock it out of the park. It’s a wonderful, lovely, meaningful moment of giddy joy when you’ve made something excellent. Sometimes it leads to even better things. Sometimes it’s life-changing.

But enough days pass and you’re back to normal again. Working on stuff that just goes “ok”, “so-so”, “not bad”. Then “pretty good”. Then eventually, with enough extra work and thought and a pinch of good timing… magic again.

That’s what dating is.

People bemoan it, complain, trudge through the ordinary, until they find one person who turns it all around, maybe forever.

I hear and read about so many people who have just given up. Women who say they are finished with men. Men who have decided to live without women. It can feel overwhelming. But it’s better to be in the middle of the fray and living than sat on the outside stagnating.

It takes a bit of faith (a phrase I never thought I’d say). But not faith in the universe, or some other silly mystical energy. Just faith that it’s still worth showing up and putting in the effort.

Because the truth is, love isn’t blind, it’s shy. It only really likes to come out when we do our part first.