The BRUTALLY Honest Truth About What Makes A Successful Relationship

Ever been in a relationship with a guy who is amazing when he’s at his very best, but who too often falls into argumentative, moody, and negative behaviours?

It’s so frustrating. You know he has the potential to be a loving, wonderful, PERFECT boyfriend for you, but he just don’t show it often enough.

Instead, you find that MORE of your time is spent in dealing with arguments and problems, and you both live for those all-too-rare joyful moments when everything clicks and the relationship works. 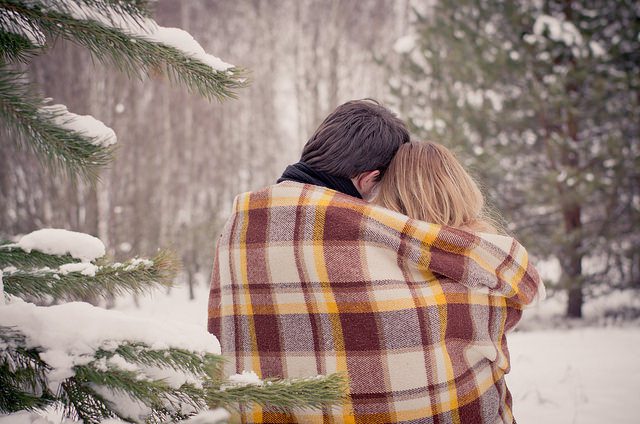 Women with these kinds of partners get stuck in “Eternal Hope” mode. They live for what they think a man could be, rather than choosing to see him as he really is, warts and all.

You might think to yourself: “Well, this guy IS attractive, successful, and I know I’ve seen him be really sweet and caring before…but if only he was that kind person I know he can be MORE OFTEN.”

Well…I don’t know about you, but living for a few rare good moments isn’t good enough.

Right now, he’s a great boyfriend 20% of the time. And you just wish you could bring up the ratio. That would make him perfect, right?

The 80/20 Rule That Defines GREAT Relationships

Well, maybe not. But they at least disagree. They get annoyed with each other now and then.

But the question is this: How OFTEN does serious disagreement happen? How frequently do you find yourselves locking horns and getting in a bad mood with one another?

If it’s more than 20% of the time, something is probably wrong.

An article published in Glamour this week that agrees with this idea, which it calls the “80/20 theory of relationships”.

As the proponent of this theory, Sloan Sheridan Williams, says:

“The 80/20 rule is about thinking of your relationship in a particular way and managing expectations around it. It’s about realising you need to be in a relationship that most of time is pretty damn great (80%) but 20% of the time, it may just feel good. You may occasionally be irritated, you may have the odd tiff but you can let this slide because for the most part your relationship is solid.”

In other words, it’s realistic to expect our relationship to be great most of the time. But because this is the real world, 20% of the time it might suck.  20% of the time (or 10%, or 5% if you’re lucky), either you or him might be stressed, bored, lazy, a little jealous, or indulging that annoying habit of leaving your clothes and junk lying around the apartment.

Because let’s face it, it won’t always be magic and sunshine. But in small enough doses, we can swallow a few flaws.

It’s when they rise beyond that 20% threshold that we start to feel emotionally drained, stifled, and suffocated.

What Matters The Most – Self-Awareness About Your Needs

Jerry Seinfeld once said about choosing a career: “you have to find the torture you’re comfortable with”.

What me meant was, all careers are difficult at times, so find a passion in life in which you can stomach all the bad, tricky, miserable parts.

You love writing? Be ready for hours of struggle, THEN dealing with annoying editors, THEN facing strings of rejections.

You love being an entrepreneur? Prepare to have problems managing people, worries about sales, and projects that don’t go as well as you’d imagined.

But none of these things matter if you love the work (and find joy in 80% of it).

This is the brutally honest truth of relationships. What really matters is: How tolerable is our partner when they’re at their worst? And how often do they show their bad behaviours?

It’s not good enough to be amazing 20% of the time and difficult and negative 80% of the time. It has to be the other way around for a relationship to work.

Of course, as human beings we are all different. So the million-dollar question then becomes: which flaws are you willing to tolerate?

You really HATE big arguments? Choose a very calm, equanimous guy who hardly ever raises his voice in anger.

You’re a SERIOUS neat freak? Choose a guy who doesn’t live in a pigsty and leave his laundry lying around 80% of the time.

You have no time for jealousy? Find a man who’s extremely comfortable with himself and only ever limits himself to that little cute jealousy where he gets a bit protective when you’re talking to another handsome man.

This also works for the positive traits you want in a partner. What are the things you need him to have 80% of the time?

You CRAVE touch and closeness? Find a guy who is tactile and loves cuddling 80% of the time.

You LOVE compliments and kindness? Find the guy who always has a big heart and loves to spoil you with praise 80% of the time.

You NEED space to work on your career? Find that independent guy who isn’t clingy and is happy to have separate worlds 80% of the time.

Not everyone has the same needs, which is why the best gift you can have BEFORE a relationship is self-awareness. Knowing what YOU need, not what you think you should need.

I suppose what I’m saying is: Choosing right in the first place is half the battle in love. But it leads to all the happiness.

Well, happiness 80% of the time. Which isn’t a bad ratio for anyone to live with.