I remember a girlfriend who used to get insecure anytime we were at a party together and I spoke to someone else for more than 5 minutes.

She would become sulky and upset and we’d end up going home to have long protracted arguments about something I saw as a completely unreasonable standard.

That was when I was 20. You learn a lot in your early twenties about the kind of behavior you don’t want to tolerate in people you’re close to.

As I’ve grown up and learnt more about myself, I’ve tried to find patterns in other people’s relationships as well as my own. The secret to being in a happy couple I’ve realised is incredibly complex, but that hasn’t stopped me searching for the algorithm.

I guess the aim of all this searching is always same: I hope this will help me make better choices in future. 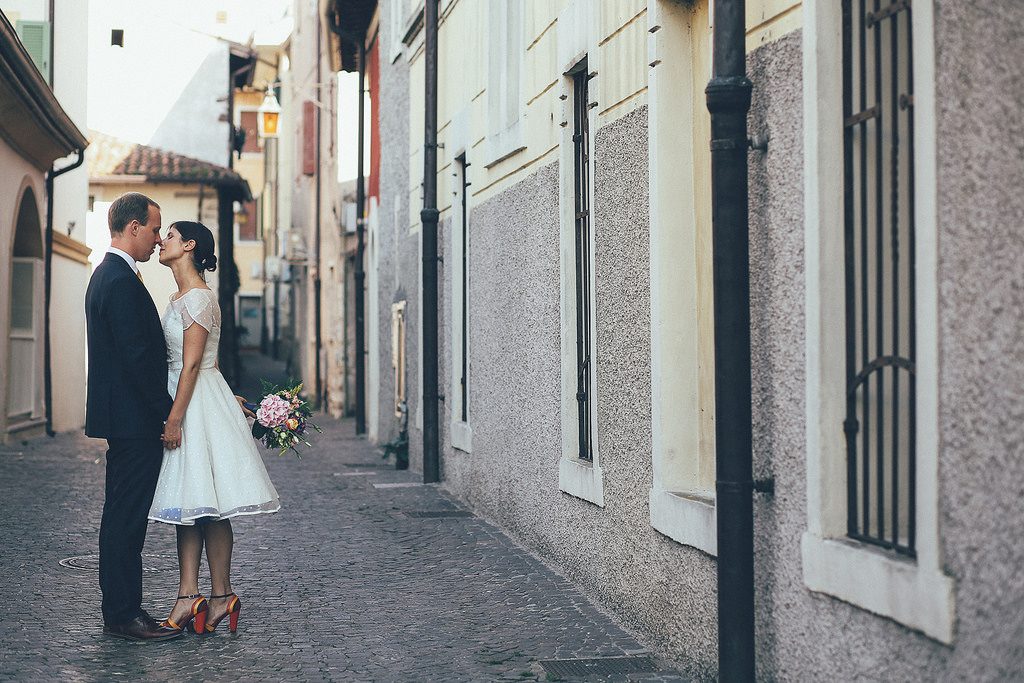 What You Should Know BEFORE You Commit Long-Term

I’ve never believed that “The One” exists. I think you decide someone is “The One”.

People get upset when you say that, but I don’t know why. It always seemed more romantic to choose the person you’re meant to be with for me, rather than act like it was all a matter of pre-determined luck.

But how do you decide who to choose?

I’ve been obsessed over recent years with how to decide whether someone is “right” for you, probably because I’ve seen so many people (including myself) face that age-old question: Should I stay or should I go?

What I’ve begun to believe is that it comes down to a few very precise questions.

I used to think it was about enormous checklists lists of traits, then quickly realized that this leads to a sort of obsessive pickiness that leads people to overthink their choices too much, always imagining that perhaps their partner is only 86% right for them, instead of 94%, or 99%, their brains forever finding fault with those who don’t reach a perfect score.

There is no 100% perfect person. The only 100% is the feeling of absolute certainty that your partner is the person who makes you infinitely happier for being able to share your life experiences together.

Like I said, I’m kind of obsessed with this topic, having written about it twice already on this site (here, and here).

I don’t know any quick formula for knowing if he’s “The One”, but I have come to think about four BIG questions that should always be a part of that decision:

1. Do you feel a unique sexual attraction to this person?

I stole this one from a Steve Pavlina article, but it’s so fundamental that it can’t be left out of this topic.

Let’s face it, a lot of couples get into trouble from the start because they don’t choose someone who turns them on enough physically.

Without that feeling that things just “click” between you sexually, it’s hard to develop anything sustainable for 5 years, let alone for the rest of your life.

Yes, the actual sex gets better as the relationship goes on. But sexual chemistry doesn’t. It’s either there from the beginning or it isn’t. Ignore it at your peril.

2. Do you find it easy or difficult to get your needs met in the relationship?

Whether your need be for intimacy, respect, emotional connection, intellectual stimulation, fun, or fulfilling your sexual fantasies, couples that work best involve two people for whom fulfilling one another’s needs doesn’t feel like an arduous chore.

Rather, because they both fit together so well, it works naturally without an excessive amount of effort. For example, you want a life with travel and adventure, and so does he. Or you both share a need for physical touch and affection. Or you both have the same level of optimism and passion.

You don’t need to both share EXACT same levels of need, but you do need to be able to satisfy one another’s needs without having to CONSTANTLY explain yourself to one another.

For example, if one of you is extremely jealous and the other is really laid-back and independent, it’s unlikely you’re both going to be able to ever make the other person happy, since you’ll always find the other person’s perspective to be unreasonable and misaligned.

If you find it impossible to see things from his side, or always think to yourself after arguments, “he just doesn’t get me at all!”, you’re setting yourself up for a lifetime of frustration and resentment.

3. Is his lifestyle compatible with yours? Do you feel ok with how he spends his free time?

Because relationships are for a long time. And how a guy spends his time is a strong reflection of what he values.

This ultimately comes down to who you want to be around. If you hate the idea of someone who zonks out in front of the TV all day and like to get blind drunk in nightclubs every night on the weekend, it’s probably a safe bet to say a relationship with that person is doomed before it begins.

Relationships that begin with wanting someone to change who they are end up with two people who feel bitter and unsatisfied. Pro tip: Assume he’s always going to have the priorities he does now: whether for work, family, or his friends. Are you ok with that kind of life?

You don’t have to spend your free time in the same way as one another, but you do have to make sure you’re OK with the way he spends his.

4. Do you both want the same things in your future and see yourself being able to give the same amount to the relationship in 5, 10, 15 years?

Relationships in which two people fundamentally want different things  never work. The strongest couples contain two people that build a future they want to share, and who are able to give just as much to the relationship after 5 or 10 years as they did in the first 6 months.

If you feel like it works “for now” but long-term find yourself hoping he’ll come around and want something different than he does currently, chances are he’s not the one for you and it’s time to make an exit post-haste. Sure, he might change his mind later on, but he also might not, and by that time you’re 5 years into a relationship and it will feel incredibly difficult to let it go.

If it doesn’t feel right at the beginning, trust your instincts and realise there are plenty of people out there who will want the kind of future you envision in a relationship.

So that’s my two cents (or four, I guess). Like I said, I’m always reassessing this idea of who is “The One”, mostly because like everyone else I’m always trying to ensure I make the right choices in love.

Assess each person as they are and see if they meet the above criteria and you’ll soon know whether it could work long-term between you or not.

Question of the day: What would make YOU decide a guy is “The One”? What questions would you add to the list above?

Ready to transform your confidence and create the life of your dreams in 2020?