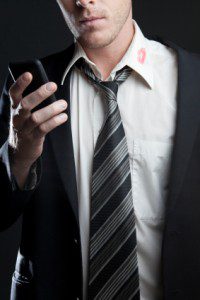 2: A male who is skilled at manipulating (“playing”) others, and especially at seducing women by pretending to care about them, when in reality they are only interested in sex.

Why is it that some men pride themselves on being able to seduce women when on the other hand, women get branded as “sluts” after having had multiple sexual partners? In fact, men seem to go out of their way to ‘pick up’ women that they might not necessarily even be that attracted too, or care about, just as a means of impressing other men. Now to women this all sounds ludicrous; they can’t wrap their head around why someone would ever want to be considered a “player”, so I’ve looked to break it down for you.

Here are the two main reasons that men pride themselves on being “players”.

Being a player is something a man wears proudly (if secretly) because he knows he can do something which few other men are able to do: quickly attract and seduce women. But even so, where is the incentive for a man to do this as opposed to having a relationship?

Chasing multiple women is validation-seeking behaviour; it’s a fundamental craving for attention. For some people having one person love you is not enough; these people need to draw opinions from a bigger ‘sample size’ just to confirm to themselves again and again that other people are still interested in them.

Movies such as American Pie and TV shows like Entourage haven’t done women any favours in getting men to commit. Why? Because the media has glorified the single life, whilst often simultaneously mocking any monogamous relationship.

This has led many men to associate relationships with a perceived lack of variety, and the single life with crazy, wild parties – and it takes guys quite a while to catch on of what a shallow existence it is. The emotional distance that they endure corrodes at the heart of a ‘player’; they can only keep loneliness at bay for so long. At their core, players are really interested in forming connections with lots of people. They’re searching for an intimacy, but not with one, but with many. A profound sense of isolation sets in when a guy realizes that the next girl is just like the last one and she will also fade into the sea of past conquests…

But while they’re still looking to play the field, here are some tips to spot them:

So there you have it: “the player”. Let us know what you think…

35 Replies to “The Player: Why Men Long To Be Casanovas And How To Spot If He Is One – Men’s Personalities Part 3”