How Staying Classy Can Get You Laid

I asked her out on a fourth date. I didn’t hear from her for 24 hours.

Then she sent this text to my iPhone:

“Hi Steve. Thank you for asking, but after some thought I don’t see things working out between us – you seem like a lovely guy though and I’m sorry to say this by text. Sorry if I gave out mixed messages, I didn’t mean to. Best of luck with your writing x”

First comes anger. Then comes sadness. Shame. Embarrassment. All these emotions fold over each other in waves until I’m not even sure which one I feel.

But the overriding feeling is “Damn. I really liked her…How did I blow it?”

It sucks when you’re excited about someone and it ends sooner than you’d hoped for. I really thought those first few dates went well. What did I say or do to screw it up? 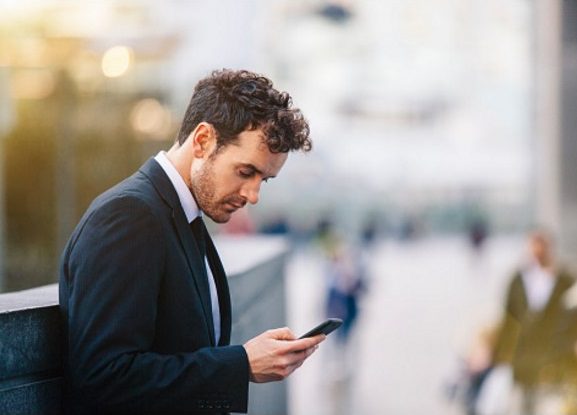 A tiny part of me wants to text back something moody. Or something that shows her I’m pissed.

Not pissed in a whiny way, but something that says, “Whatever, thanks for nothing.”

Maybe I should text her just that, “whatever, thanks for nothing.” Except I won’t do that, because that would be mental. I’m not that kind of aggressive person. Besides, no-one owes it to me to like me after three dates. I have to stay classy.

Maybe I could just say “Fine”. Hmm, that sounds bad too.

Maybe just “Ok”. That sounds more neutral. That tells her that I’m not sulking about it but she also knows I’m not trying to be too nice.

After some thinking I decide that all of these responses show a lack of class. And I don’t know about you, but I always want to be a classy person in relationships, even ones that only last a few dates.

So instead, I take a deep breath, start a new text and simply write:

I actually think I could have done better, but that’s what I said at the time (this all occurred a few years ago). Were I writing that reply again today, I would try to be much kinder. I think I was still a little peeved at the time so couldn’t bring myself to, but here’s what I should have written, “I understand. It was lovely getting to know you the past couple of weeks anyway. Take care x”

Why do this? Because any other response is a losing response.

The only truly worthwhile response is classy and kind.

This is true of so many areas of life.

People think that rejection, or getting fired, or being told “NO” somehow permits them to blurt out their emotions and burn bridges. Both professionally and romantically, this is just about the dumbest thing you can do. It alienates people. Worst of all, it doesn’t give them the benefit of the doubt.

Let’s go back to the example above.

The truth is, the story didn’t really end there. Six months later I saw that woman again at a party. We made eye contact and after a few knowing smiles back and forth we got into conversation. It was friendly and fun.

After a while she said: “Look, I just wanted to say I’m really sorry about just cutting things off before. I was having fun seeing you but I had only recently broken up with my long-term boyfriend and was really confused and hurt. I just wasn’t in a place to see anyone at the time”.

Suddenly all that wondering dissolved away. I smiled and said: “No problem, I understand.”

We ended up casually dating for a lovely couple of months before she had to leave to for a trip abroad. It was a good time. The memories I have of that period are all of complete fun and enjoyment.

Moral of the story: Don’t burn your bridges for a bad reason. All you’re accomplish by doing so is holding back your future self from experiences that could be incredible simply because of ego and pride.

If I had responded to her text in a petulant, angry way, would the door really have been open for us to date again after six months? No way. It would have been too awkward, too difficult for us both to put our pride to one side. Chances are we wouldn’t have even had the courage to speak again in person and would have ignored one another completely.

Pride and ego can be wonderful, but they can also be dangerous.

The classy response might sometimes feel like the hardest one in the world, but it’s one that allows you to leave feeling good, even if things didn’t go your way.

Life has a funny way of being circular.

And when what goes around comes back around you might end up wishing you’d been more gracious after your first parting.

57 Replies to “How Staying Classy Can Get You Laid”