How To Stop Falling In Love So Quickly

You meet a guy.

He’s different from the others. It’s not just that you’re incredibly attracted to him. He also seems so much more right for you than the men you’re used to meeting.

He makes you feel at ease. You laugh a lot. His mind turns you on as much as his looks. On top of all that, he’s a gentleman and seems kind as well as confident.

You feel already that this man is going to be important to you. And you even allow yourself to think you might already be feeling something close to love.

Which would all be fine…except it’s only been three dates. 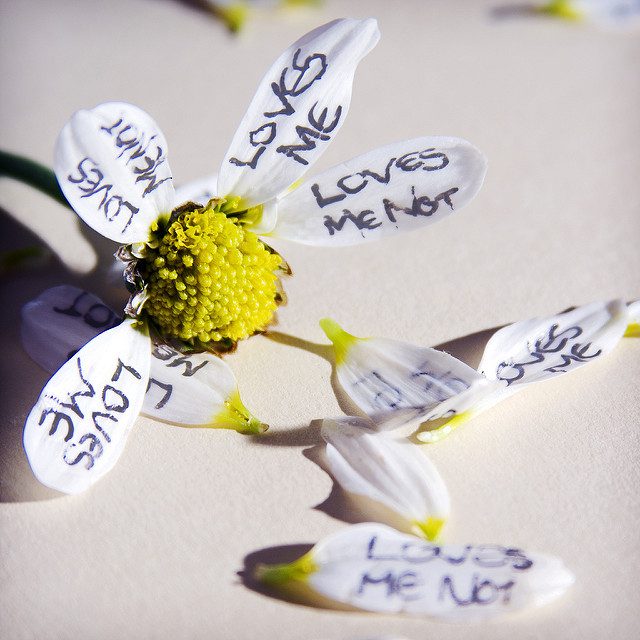 I hear this kind of scenario a lot, particularly from women who tell me this kind of story, only to be later stunned at some revelation that this guy didn’t turn out to be the dream man they so quickly assumed he was.

Yet they were so sure.

How could they have ever seen it coming?

And that’s the whole problem.

I’m not here to be the arch-cynic who looks down on the idea that two people can know instantly that they have a deep and special connection, even after only one date. You hear those stories all the time, “I just knew she was the one”. Except, here’s the problem: those stories come from those for whom that was 100% true.

But what about all those people who had the same hunch about a guy who turned out to secretly have a wife and kids? Or that man who suddenly disappeared one day without so much as a text to say goodbye?

There is a kind of survivorship bias at play in married couples: those for whom it worked are always going to tell you the story of just following your heart wherever it leads and going with your first instinct.

Real love isn’t built on a hunch. It grows from an initial foundation of connection. It comes from two people who have taken the time and effort to build mutual respect and show caring behaviour towards one another.

Yet there are still those who protest that they are “just the passionate type”, that is, the romantic type who fall in love on a whim and get addicted to the pattern of whirlwind romances.

While that sounds like fun, the truth is that those who fall quickly too often fall for the complete wrong people (which is plain to everyone but themselves), usually because of one of a few reasons:

They haven’t learnt how to be alone

When you haven’t learnt how to be self-fulfilled, falling in love becomes just another distraction from your own life.

It becomes a way of papering over cracks, or as an excuse not to work on bigger issues because you get lost in the drama of a new romance (even if it’s one that’s ultimately bad for you).

Sometimes falling in love just becomes a way to alleviate boredom because you’re frustrated with your career. Or it distracts from the fact that you don’t have friends and a social life that brings you joy on a regular basis.

They are insecure about whether they are loveable

When you’re needy for the validation that love offers, it can be because your ego constantly needs to be told it’s loveable, which makes you keep pursuing it as a way to give yourself the feeling of being wanted.

This is why on our retreat programme, Matt spends such a long time diving into the problem of self-worth. We can repeat the same bad patterns in love over and over again simply because we have internal beliefs that need to be fed by diving into relationships too quickly (or that cause us to avoid relationships altogether for fear of getting hurt!).

They are coming from a “scarcity mindset”

We tend to convince ourselves our feelings for someone are stronger than they are when we worry that we just won’t find anyone else again.

This is a “scarcity” mindset, and it typically happens with people who have little experience in relationships, who will become infatuated with anyone that shows them enough attention and affection, without taking a realistic view of whether or not the person is truly compatible with them.

3 Quick Steps To Conquering Addiction To Falling In Love

Though there is no instant medicine or special words that will fix this, the best way to prevent the over-romanticizing is a three step mental process.

Step 1 – Seek out your own sources of happiness

The more you find ways to be fulfilled in your own life, the less you’ll feel the need to dive into relationships in order to experience joy and happiness, or connection, or fun on a regular basis.

Yes, it’s true, there are some needs that only relationships can fulfill, such as romantic emotional attachment and intimacy.

But at least if you work on fulfilling the other areas of your life, you won’t be seeking out relationships for bad reasons, such as to assuage boredom, or to live through someone else, or to cover for a social life that you don’t already have.

Step 2 – Recognize that your emotions (and time) are precious

Falling in love is one thing. But heartbreak is extremely costly in terms of time and emotion. Not only can it leave you spending previous months grieving for someone who was always wrong to begin with, but it can lead to you wasting time that could have been much better spent on the person who is truly right for you.

The more you value your time, the less you’ll be inclined to give it up so easily before you’ve had time to really see if someone is a good fit for a relationship with you.

Protect your energy. It’s the most important resource you have and you never want to waste it on frivolous relationships that will take months to heal from.

Step 3 – Keep a positive, but sober view of the person in front of you

Look, I don’t want to be the cynic who comes along and tells you to be withdrawn and skeptical every time you meet a guy who seems great.

But here’s the thing: you can still be positive, vulnerable and open, whilst also reserving judgment on someone until you know more about them. Think of this as a kind of “mature vulnerability”. You are giving and open, but you’re also self-respecting enough to only invest in a new guy to the extent that he also shows investment back in you.

This also comes down to knowing what you want, and being willing to walk away if he has habits that make him wrong for you in the long-run e.g. he’s way too career-obsessed, he doesn’t care about having a family, he has no standards for his health and well-being.

Each time you take a step forward, you see if he comes alongside with you. Call this the “Invest, then test”. You invest a bit, then see what you get back. Then invest again, then test again. And repeat so that you know you’re entering a relationship that is a two-way street, with both sides giving as much as one another.

To some people, I imagine this will read as though I’m the cynical love-killing fairy, going around telling people to hold back their feelings and not let themselves go to the spontaneous joy and pleasure of love.

But really, I think this view is more romantic. It treats real love as something that should be developed and based in reality, rather than on a fantasy about someone that may or may not turn out to be true later down the line.

It’s possible to cherish the feeling of falling in love without needing to artificially manufacture it for every person that looks potentially promising.

In other words, don’t mistake a guy with potential with a guy you’re destined to be with. Give him more chances to prove that first.

You can still let someone into your heart, just make sure there are a few barriers to entry.

Maybe you’ve lived with a story of heartbreak for longer than you care to admit.

That’s ok, but now it’s time to re-write your story.

Hopefully by now you can see why it’s so crucial we get a handle on confidence once-and-for-all. So that we can develop an UNSHAKEABLE sense of self-worth and so we aren’t tempted to fall for the wrong people just because of an addiction to romance.

If you want to start this process, you need to begin changing the emotions you experience every single day. You need a method for tapping into those deep reserves of strength and inspiration you have to that you feel empowered to claim what you deserve. You need to actually build your core confidence so that no challenge, no rejection, no disappointment will make you bend on your deepest standards for your life.

Your life is short, and you have so much to give. Don’t let it go to waste by falling into those same ugly mental traps over and over again…

If you’re ready to get serious and do this now, come and join our next live virtual retreat at MHVirtualRetreat.com

This is the best way to finish this crazy year of 2021 stronger than ever, feeling ready to play at your best, and you can transform your self-esteem in 3 days with us so that you never settle for less than your worth again. Remember: without a way to tap into core confidence, no amount of techniques and tips will change your relationships.

Can’t wait to see you there – I hope you’re ready to finally discover your inner worth and live at the highest level.

Join us on our virtual retreat on March 18th-20th! Go to MHVirtualRetreat.com and spend a magical 3 days with us transforming your confidence and relationships…

(HOLIDAY SPECIAL OFFER – book your spot in December and get a $100 discount off the full price + 3 special bonuses! Claim your ticket here)

40 Replies to “How To Stop Falling In Love So Quickly”