How To Get Out Of The Friend Zone (Today Show)

Kathie Lee: Okay, we’re back on this tri-day Friday with more of Today, and it’s time to get the Other View on dating and relationships.

Hoda: To get inside your man’s head and tell you what he’s really thinking is relationship expert and host of iHeartRadio’s LOVELife With Matthew Hussey, Matthew Hussey.

Kathie Lee: Who else would it be? That’s the name of the show, you know? We love him though. Hi sweetie.

Hoda: Are you ready to hear? Donna’s got a question for you.

Hoda: When a guy crush pronounces you to others as ‘the nicest person he’s ever met and loves you from the bottom of his heart’, have you been placed in the non-romantic friend zone?

Spend a day being bossy. Spend a day teasing him. Spend a day peppering your everyday language with more sexual language. Instead of saying he looks ‘nice’ tonight, say he looks ‘sexy’ tonight.

As soon as she starts doing that, he won’t put her in that role anymore.

Kathie Lee: But maybe he just isn’t attracted to her.

Hoda: You can still be nice and tease someone.

Matthew: We actually call that a ‘Unique Pairing’ – it’s when you find two qualities that seem opposing in the same person. I would say to her, we created a guide that helps people break their normal patterns in the New Year.

If she has a pattern of being too nice, we can fix that. We have a guide called The 6 Shortcuts To True Love In 2014.

Kathie Lee: I like the way he says ‘pattern’.

Hoda: I just like that you skip a lot of letters.

Debbie in her fifties asks this: There’s a guy at my gym that I’ve been conversing with over the past two months. Do you think it’s okay to ask him if he would like to get together? I’m a bit old-school and would prefer for him to ask me out. I’m also not sure how to go about doing it. What would you suggest?

Matthew: Okay, you’ve got to start taking action firstly. You can’t just wait. If you keep being old-school, you’re going to be REALLY old-school by the time you find someone.

If she wants to ask him out, there’s a way to do it. If she says, go for a hike or something like that with him. You’re in the gym anyway, so do something sporty, something he’ll be part of. Say, you know what, I’m going hiking this Wednesday, you should come. If you have time, you should come.

That way, if he doesn’t like her, he won’t take her up on it. If he does, he will, but there’s no risk of rejection because she never asked in the first place. It won’t be awkward the next week at the gym.

Hoda: I did that. There was a guy at the gym, probably, whenever it was, a year or so ago, and I thought he was cute. I walked up to him and I didn’t know what to do, and I really just wanted to have a drink after the thing or something, and I said, oh do you work around here? Maybe we could get a drink after. And he was with someone and I was totally humiliated. And afterwards I never even spoke to him. I hardly looked at him and I was so embarrassed.

Kathie Lee: And rightfully so!

Matthew: If you had just said, ‘I’m going for a drink later, if you’re around come’, then there’s no possibility of rejection.

Kathie Lee: But she goes to the gym at 5 in the morning! Where are you going to go and have a drink!?

Hoda: I said after! That’s the last time I share my insecurities on this program.

Vikki asks this: If I catch my husband lying about small things, does that mean he’s lying about important things like cheating?

Matthew: I look at this in one of two ways. Either she’s crazy or he is. Either he’s the type of person that’s lying about everything – he’s too spineless to just want to say certain things that might get him in trouble, or she’s the type of nightmare woman who makes it difficult to tell the truth ever, because she reacts in a dramatic way to everything.

And that exists too. Sometimes people start lying about little things because they go, every time I tell some truth about something, you over react. So it’s easier for me to lie.

So there’s two things. Firstly, tell him that he’s in danger of you taking his words less seriously if he keeps lying about those little things. I know they’re not the biggest thing in the world, but if you keep doing it, I won’t take your word anymore.

The other thing is she jumped straight to cheating too, which is an indicator of an insecurity there.

Kathie Lee: We’ve got to go, but have you ever had your heart broken?

Matthew: I had my heart broken, yeah. Why do you ask? That’s very personal all of a sudden.

Kathie Lee: I know, but because you have such wisdom for a young man, and you seem to have come in, and it’s just nice to know you’re human too.

Matthew: No, I absolutely am.

Kathie Lee: So tell us. Wait, no, now we have to go. Next time, Matthew Hussey to tell us about his heart break.

Hoda: And if you have a relationship question for Matthew, head over to KLGAndHoda.com and hit the connect button. 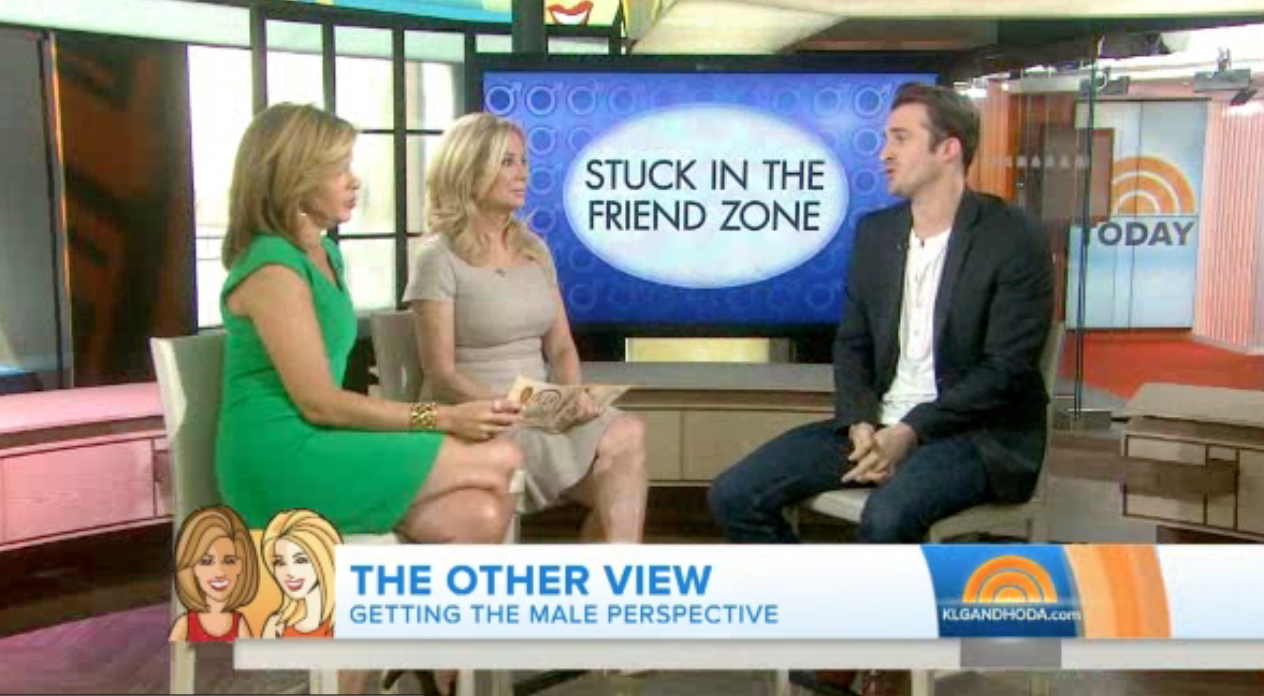