The Power Of Saying What You (Honestly) Feel

Today’s article concerns a skillset I consider to be of the utmost importance. It’s something I’ve worked on for years and that I’m always looking to get better at myself. It’s one of the keys that’s allowed me to land so many great media opportunities and work with so many people in the last three years.

If you apply this to your dating life you’ll be able to communicate your standards far more effectively, and have a much happier, more amicable relationship as a result. Enjoy! 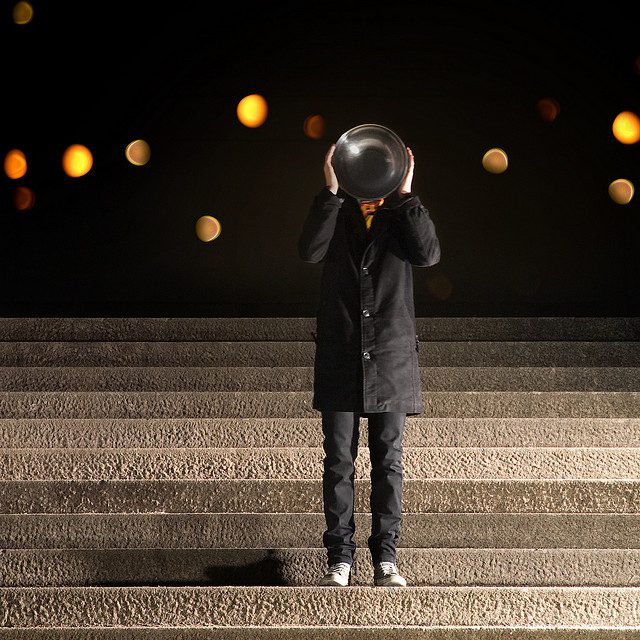 This post is inspired by a conversation with a reader at Matt’s London tour event (Hi Manon!) who said she wanted me to say something on the blog about how to express yourself. Or as she put it “how to match what comes out your mouth with what’s in your head”. I’m not sure if the advice below is what she was looking for, but it’s what that conversation inspired.

First things first, I am English.

If you’re still reading, I salute you. You are clearly immune to the common prejudice that says citizens of my isles (the entire UK, really) are so deeply repressed and stifled, so blunderingly polite and emotionally closed-off, that they have no business whatsoever telling others how better to communicate their feelings.

It can be incredibly difficult to explain our honest thoughts, or to communicate in such a way that expresses genuine emotion, without being subject to confusion or misinterpretation.

Expressing ourselves well is a powerful skill, whether in or out of a relationship. It can make us more charismatic, more able to make a fast connection with others, and more able to be truly understood.

Many of the times when we fail at expressing ourselves we panic and say things we don’t really mean, or spew out a vomit of vacuous phrases that don’t even come close to the perfect thought inside our head. Or we skirt and dance around an issue and never really feel like we got to the real point.

So here’s a few simple ways to match what’s in our head with what comes out of our mouth:

Anyone who has ever taken a writing class will know that writers are told to always avoid clichés. Clichés are phrases we’ve heard so many times that they have lost all their impact. They are, in the words of Martin Amis, ‘dead phrases’.

This isn’t to say we should avoid simplicity. A simple phrase like “I love you” or “you are so special to me” can have enormous importance in the right context.

But if you want to express your own unique thoughts about a person or an issue, it’s important to dig deeper, and resist the temptation to reach for the nearest available generic phrase.

Instead of telling your friend or partner “aww, that’s sweet”, probe your mind further to explain the exact emotion you’re feeling. For example, if your partner does something nice for you, it’s much more powerful to say “You really know how to take care of me. I’m so in love with that protective side you have. No-one else can make me feel that.”

This is a much more impactful and truthful phrase than just saying, “Thanks, you’re so lovely” because it expresses something unique about their character instead of being a generic compliment. It requires a little more digging and imagination, but when you express yourself honestly in this way it’s the kind of thing people never forget.

(For more on how to give good compliments, I definitely recommend you check out Matt’s video on this – see it as a kind of companion piece to this article.)

2. Speak out your whole thought process, even when you don’t fully understand your thoughts

If it’s difficult to find a way to express what’s in your head or even to understand it in the first place, it’s probably because you’re not explaining how you really feel.

Perhaps you’re explaining what you think you’re supposed to feel, or you feel confused so you just close up and say nothing at all, only to have the person next you say “what’s wrong?”, to which you feel you have no answer. Or you’re feeling different things at the same time and don’t know which to express.

The easiest way to be understood in this situation is to just speak out your thought process. If there are conflicting thoughts in your mind, just speak each of them out. Sometimes just verbalizing a thought process will make you clearer about what you actually feel – you’ll hit on what the dominant emotion is and be clearer in what you want to say. Speaking the confusion out loud like this makes it easier to process your inner dialogue.

It sounds weird at first but try it. The more honest you are with yourself the quicker you’ll discover what you actually want to say.

3. Use examples and be specific

To express yourself truly, it’s important not to be vague.

If, for example, you say things like “I’m just confused” or “I’m just annoyed”, the person you’re speaking to won’t understand what’s actually going on.

The easiest way to explain to someone how you feel in an argument, for example, is to pinpoint a specific moment that changed your mood and explain exactly what emotions it made you feel (this might mean having to open up and be more vulnerable. For example, you might have to admit you feel ‘rejected’ or ‘hurt’ rather than just ‘annoyed’ – be true to what you actually feel rather than toning it down to protect yourself).

The crucial thing about being specific in this way is that it helps the other person understand where the problem occurred and exactly how it made you feel.

On a less couples-therapy note, if you want to say something positive, you can encourage yourself to be more creative and specific with phrases like:

These phrases encourage you to open up more and make what you’re saying more personal.

4. Speak because you want to communicate – not to win approval

It’s easier to express yourself the less you obsess over it.

It sounds simple but when you want to communicate a thought or emotion, just say what you feel spontaneously and in the moment and you’ll probably end up being more honest and straight about what you mean than if you sit analyzing it in your head for ten minutes.

This is also a great mindset to have on first dates, because it lets you cut through all the usual over-polite, stifled, bulls**t conversations people usually have. You’ll connect with a stranger much faster when you’re being honest and ‘unscripted’.

You’re saying it because you want to communicate and be understood, not because you are seeking someone else’s approval.

Do you have any more tips you would add to these? If so, I’d love to hear them. Be super honest and write them below!

49 Replies to “The Power Of Saying What You (Honestly) Feel”