The Three Alarms In A Guy’s Mind 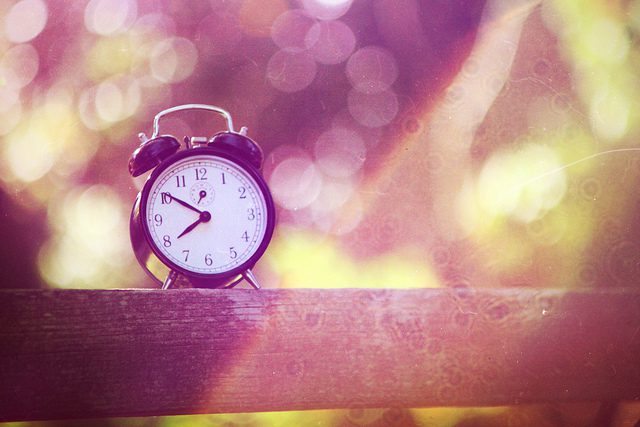 Her: Oh my God. Is this the relationship book you wrote?

Her: (Sarcastically) Oh sorry, “co-wrote” then. Can I read it?

I already regret ever mentioning it.

But it’s too late. She’s taken position in my office chair and is thumbing through the pages of ‘Get The Guy’, gasping and giggling excitedly at chapter titles when she scans the contents page.

Steve: The book’s already finished. But anyway, no! Ok, I think it’s time to put the book back on the shelf now!

I try to grab the book from her hands but she hides it under her arm out of reach.

Her: Noooo! I bet you’ve been judging me this whole date.

Steve: Doesn’t everyone judge everyone a bit on a date?

Her: I suppose. But you probably have all these special little tests in your head that women have to pass in a guy’s mind to tell whether she’s worth keeping.

I make a mental note of the title ‘tests women have to pass in a guy’s mind’, and remind myself to write it down later…

Tests Women Have To Pass In A Guy’s Mind

There are three alarms in every guy’s mind.

If any of these get tripped early on, during either a first-date or that post-first-date-kinda-sorta seeing each other ‘middle period’ it’s guaranteed to make him back away fast.

Set these alarms off at your peril.

Her affection is weirdly strong.

It’s only been two dates. She keeps saying how special and one-of-a-kind he is, but he hasn’t done anything to prove that yet. She thinks I’m a great guy already? How could she even know that?

He feels like he’s won a little too easily. And then he gets a horrible sinking feeling – Could any guy have gotten this girl? Does she even care about me at all, or would she have been happy with any semi-decent guy that came along?

He senses that his only achievement might have been being at the right place at the right time. He’s having buyer’s remorse. He doesn’t feel like he has to bring his A-game around this girl. He feels like she would want him no matter what he did.

It’s not that he doesn’t love all the affection and compliments. He just doesn’t feel like he’s earned them yet.

He’s being pushed to make big decisions a little too soon.

His needy alarm tells him he’s being trapped. What if I change my mind about things next week? Is she going to be difficult about it and upset?

Suddenly she’s asking him if he’s serious. It’s fast. It’s only been a couple of weeks. He doesn’t really know, but he’s being pressured to state all his future intentions.

The single life now looks to him like a golden meadow of freedom and happiness.

He can’t wait to get back to it.

She got all weird when she talked about her ex. Weird and angry.

There was a flash of pent up rage, just for a second. She got emotional, resentful (maybe tearful) and then quickly suppressed it. There’s some epic saga hiding there.

He said he would be busy the next couple of days with work and she gave him the cold shoulder. He dropped her a text to see how day was going. She just replied: “it’s fine” and wouldn’t return his messages for the next two days.

Drama. He’s seen it before. Tiptoeing around explosive topics that set off her anger. Jealousy. Petty fights over non-events. Suspicion. She keeps saying she’s “fiery” and “passionate”, and now he’s questioning if fiery passion is an overrated combination.

He decides to stop the show now before the real drama begins.

She’s cute, but has she got a life or goals or interests that engage her and bring meaning to her world?

Everything she says seems kind of vague and airy. She spends most of her time going to parties, at least that’s what it sounds like, since it’s all she talks about.

She hasn’t got many opinions, and in group conversations she seems kind of lost, sometimes just bored.

At first he thinks it’s because he’s just boring.

But then he realises it might be because she’s shallow. And he doesn’t mean that in a mean way. Hey, relax man, she’s a nice person, don’t be so judgmental. She’s fun and brings a good energy to the party.

But then they go for dinner together and he finds himself scratching around for conversations. Awkward silences prevail. Conversation is about as deep as a teacup. When he talks about something intellectual she looks directly through him, smiles and says “that’s nice”.

And she is nice. But maybe just nice.

He imagines how many more ‘just nice’ dinners they’ll have to endure together.

He realises skipping dessert might be better for his health.

Her: Are you done?

Her: Or are you still thinking about whether I’ve passed your little tests for the first date?

Steve: Hey, come on. I showed you the book. Now you have to be nice to me.

Her: Ok. How do you rate this date so far then, Mr. Relationship Expert?

Steve: (in despair) Please stop. I beg you. It was going so well up until now.

Her: I’m only teasing (she punches my arm playfully). God, you can be so dramatic.

Steve: (laughing) Ok, we’re DEFINITELY putting the book back on the shelf now.

Her: Hmm…maybe one more chance, since i’ve caused you so much pain (we both laugh). But I’m taking the book with me. Sorry, you’re never getting this back.

I suddenly have an idea for another article: ‘Books you will never tell someone you wrote on a first date ever again…’

91 Replies to “The Three Alarms In A Guy’s Mind”