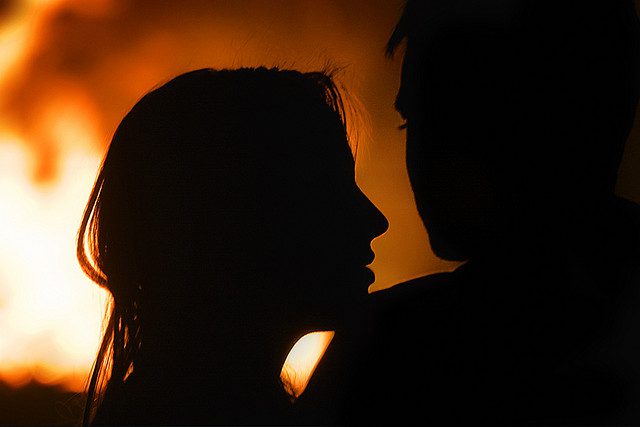 Dating advice is starting to irritate me more and more.

I’m so bored of reading about that ‘Irresistible First-Date Kiss That Will Keep Him Hooked Forever’.

I’m fed up of click-bait magazine articles telling women how to create a steamy night of passion by lighting a scented candle and whispering something into his ear about not wearing underwear, or wearing matching underwear, or whatever the party line on undergarment etiquette happens to be that week.

I’ve read enough about ‘Body Language That Tells You It’s True Love’ and ‘Sexy Positions He Secretly Wants His Girlfriend To Do In Bed’ to last a lifetime.

So I’ve decided to list of some of the sexiest traits I find in a woman that go beyond the usual magazine fodder.

Some are universal to all guys. Others are my own personal preferences.

It’s not an exhaustive list, but these are the things I feel REALLY MATTER, the things that click in my head and set off my “she’s amazing, keep her!” alarm after a few months into dating.

Put these traits all together and a girlfriend (at least to me) becomes so sexy – so incredibly attractive – she’s basically irreplaceable:

[*] A girlfriend with a rich intellectual life, who is engaged in lifelong learning and reads good books for pleasure (think One Hundred Years of Solitude rather than Fifty Shades Of Grey).

[*] A girlfriend who is genuinely open-minded about new experiences and is capable of changing her opinions, rather than the woman who thinks ‘open-minded’ means ‘believing in everything’, from the power of healing crystals to Dowsing. [*]  A girlfriend who is a critical thinker and questions everything, embraces doubt, and isn’t dogmatic about her views.

[*] A girlfriend who decides for herself what is important for her mind to focus on, instead of parroting whatever her celebrity-filled twitter feed tells her is big news this week.

[*] A girlfriend who loves socialising for fun and enjoyment, not because she wants validation and attention.

[*] A girlfriend who can debate without turning it into an argument.

[*]  A girlfriend who adapts to situations. She can drink beer and play pool, go running together in the park, be elegant and charming at a dinner party, work on our laptops in the evening, and wear sweats and eat pizza when we relax on the weekend.

Dating advice tends to focus a hell of a lot of What To Do, and not much on Who You Are.

Tips and techniques are great – but relationships are really defined by what happens when the initial charm and best intentions of the first dates wear off, when people really start to see what lies behind the self you present to the rest of the world.

Want to keep a guy?

And nice covers are great. They are the icing on the cake. They look impressive when you show them off on your coffee table. It’s much more pleasing to have a book with a beautiful cover than an ugly one.

But it’s the rich content inside that makes you never want to put it down.

What’s ONE thing you find sexy that you never hear people talk about? Leave a comment below!