Two Ways To Engineer Your Own Life-Changing Epiphanies 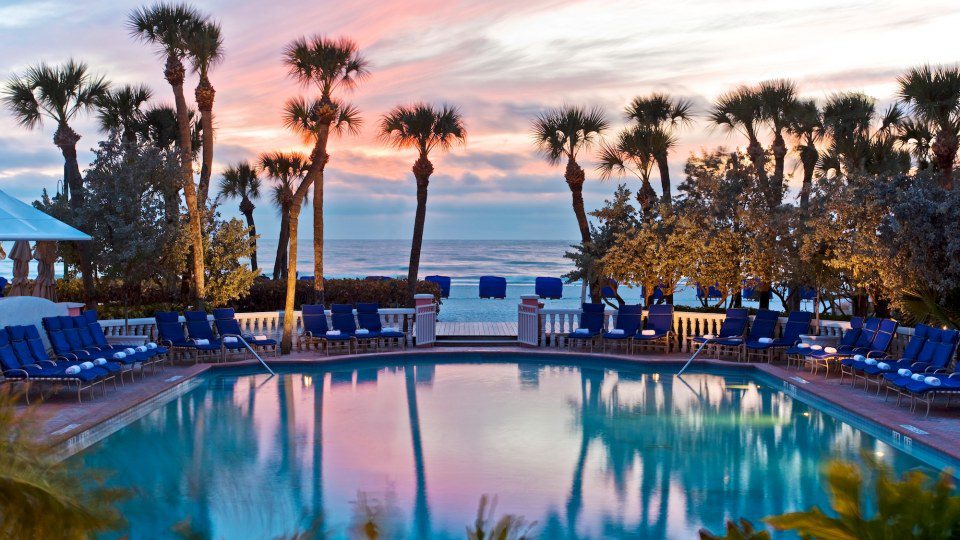 The legend goes that, one day, in Ancient Greece, as Archimedes lowered himself into the bath, he suddenly noticed that the water level rose as he did so. Being a genius mathematician, this instantly gave him an idea: he could use this fact to determine the density of certain objects simply by placing them in the bath and then noting the resulting change in water level.

Thrilled by this discovery, he took to the streets naked and yelled “Eureka!”, as a gaggle of startled onlookers no doubt raised their togas to shield their eyes, not realizing that they had just heard what for the next two thousand years would go on to become the cry of every individual who has just struck mental gold deep within the recesses of their brain.

This is the ‘epiphany moment’ and it’s one of the most glorious moments in life.

It’s like someone unlocks a safe deep within your brain, and the door swings open to a treasure trove of knowledge that was denied to you until this very moment. It’s euphoric, magical, as though you’ve been digging your whole life and suddenly find a rich vein of oil in your own mind.

These epiphany moments change us. They spur us into action. They give us profound insights into ourselves.

But in truth, rarely is life made up of one big single epiphany. It’s actually more like a bunch of mini-epiphanies strung together, where each little insight brings us a step closer to the right path. They help us have breakthroughs when we are being unproductive. They unlock the secret to changing a bad habit. Sometimes an epiphany helps you realise you’ve been stuck in a crappy relationship for way too long and allows you to finally let go. Or they reveal a new way to communicate to your partner or your family that you never thought of before.

So what if there were a way you could get to these moments in half the usual time, or a quarter?

What if you didn’t have to scratch around in the dirt for mental gold, and instead had a proven system for creating your own ‘breakthrough moments’?

Anatomy of a Breakthrough, Or: What Causes Dramatic, Lasting Change

Our burning question at GettheGuy always used to be (and still is): what actually gets people to the moment of change?

It really needs two elements. When these are both combined they form massive epiphanies, the kind that make you want to leap into action and immediately make you excited about your life again.

Before you can embark on any adventure, you need the tools, the map, the compass, the thing that tells you how to get there.

That’s why the first step to major epiphanies is to do your homework.

That means a few things:

(A) Learn as quickly and often as you can. Life is short and anything you need to move forward is worth learning now. Do not put it off for when you have more time. “Later” usually means “never”. If I think about ordering a book, or going to a language course, or acquiring a new skill, I start immediately. I can refine later, but I know that every result I’ve ever had in my life came when I just got going, not from my grand plans for ‘someday later’.

(B) Read everything that’s relevant by people who have been there before.

(C) Find mentors who understand your problems and have worked out the result for themselves wherever possible (one of the quickest ways to have epiphanies is to borrow other peoples!).

(D) Write down your thoughts – keep a diary, make notes, have a book that you use purely to think out loud. Writing helps you refine and understand thoughts lodged deep in the back of your brain. Train yourself to produce ideas.

(E) Identify previous problems and write down how you solved them step-by-step.

(F) Seek a peer group who you can discuss ideas/collaborate/test your skills and have fun with. Seek feedback as often as possible.

(G) Develop and stick to deliberate, consistent routine for the major parts of your life. Whether it’s a set amount of words/hours/phone calls per day – the key to having epiphanies is to work at your craft with daily dedication.

The second part is getting your drive. It’s all well and good to have the map in hand, but it’s the purpose and burning desire to rid the world of evil that pushed Frodo and Sam on to take the One Ring to Mordor (if you don’t get this reference, congrats! You’re not a nerd! ;)).

This is why we don’t just need intellectual input to change. We also need emotional stakes.

This is what drives any great movie, any great adventure. What is at stake if we fail? Why does this matter? Why should we root for ourselves to achieve our full potential?

Emotional Overload can come at many points in your life. Sometimes it’s when you just get so frustrated you think “enough!” and immediately write down everything that has to change RIGHT THIS SECOND. It’s having a compelling WHY – i.e. why this must happen.

Other times it can hit you unexpectedly. Many people get Emotional Overload just from watching a Rocky film, when they see the underdog overcome the odds like a champion and suddenly they want to become the hero themselves.

How To Have A Lifetime of Epiphany Moments In Five Days

So if we put these two pieces together: Intellectual Insight and Emotional Overload, that’s when big things start to happen. That’s what drives us to incredible results and enables us to make dramatic changes.

I’ve been thinking about this recently having seen an email from a woman who attended one of the GettheGuy Lifestyle Retreats. In a message addressed to all of our team, she said:

“You’ve taught me more about how to understand myself in one week than I have learned in a lifetime.”

And that’s when it hit me: The entire retreat is literally engineered to hit people with dozens of epiphany moments in just five short days.

See, when Matt asked me to help him on his Retreat program for the first time, I looked over at this enormous room of women, and I got nervous for him. I worried: What if this doesn’t work for some of this audience? What if they don’t have the dramatic epiphanies they thought they would?

And every time my worry was misplaced.

Whenever I look over the room of attentive women, every now and then I see one gasp, or vigorously nod her head, or start furiously writing in their notepad, and in that second I know I’ve just witnessed another epiphany moment. It’s fun to be at the back of the room and count them as they happen, like tiny mental bombs exploding in hundreds of minds at the same time.

But why? Why does The Retreat seem to work it’s magic every single time?

How is the retreat specifically engineered to give people that mental intensity where they just’ get it’, and suddenly go home feeling like they’ve solved the big mysteries about why they feel unproductive, or why they struggle to change their weight, or why they face the same patterns with parents and their family, or why they can’t seem to leap forward in their career, or why they don’t know what they’re doing with their life and where to go next?

I’m not going to lie, it took me several times of doing the programme myself to accept how powerful it could be.

Then I had my own epiphany. I saw exactly why it worked.

These two elements: Intellectual Insight and Emotional Overload, working in perfect harmony, were the key to the retreat’s success. Combined in large doses they made it impossible for people not to have life-changing epiphanies.

I knew the content on the retreat was truly original and powerful. If anyone implemented the tools Matt packed into those five days, no doubt in six months their life would look completely different.

But I used to think that knowledge alone was enough. I knew Matt’s material was incredible, so I thought: why couldn’t we just pummel them with more and more content and work on just refining our material? Hell, why not just write all this stuff up in a book and then everyone would be able to enjoy the benefits of a retreat!

Now I realize how naïve my thinking was.

Unlike a book though, a retreat is immersive, visceral, it sows seeds deeper than words on a page.

Don’t get me wrong, an intellectual system will get you very far.

But the retreat only works because it puts just as much emphasis on Emotional Overload as it does Intellectual Insight. I understand now why there are exercises used to push people to painful places, places that make women who haven’t cried in ten years suddenly burst into floods of tears. I understood why Matt uses music, atmosphere, dancing, why some sections are touching whilst others rev you up and flood you with energy.

I don’t want to spoil anything for those coming on a retreat, but during the five days we do some pretty powerful emotional exercises. They have music, microphones, they are physical – people use every part of their bodies, some people shout and get angry, others break down, others grow two sizes and want to smash down a wall. There’s one shocking exercise that no-one ever forgets: where Matt takes people from their lowest possible emotional place and transforms them into a ferocious Hulk-like warrior within a matter of a minute.

Epiphanies that change our lives need intellect AND emotion. Too much intellect and we get drowned in facts. Too much emotion and we get fired up but have no wisdom and practicality about what to do next.

The GettheGuy team and I always receive incredible emails from women who attend our retreats. I can’t describe the pleasure we get when I’m forwarded an email from a woman who attended over a year ago, and who is still writing to us excited and passionate about the changes she’s made in her life.

That’s the power of being hit with a lifetime of epiphanies.

I encourage you to find whatever strategies or tools you can to engineer these epiphanies as often as possible. Life is rarely made up of a single Eureka moment. We don’t all change our lives just by slipping into a bath like Archimedes.

The truth is, there are epiphanies all the time. Usually they have to come through hard-won experience, when you learn lessons too late to make use them.

Fortunately, you now have a way to engineer them yourself.

(1) Do your homework (i.e. find solutions, get mentors, feed yourself the knowledge necessary for Intellectual Insight.)

(2) Get a compelling why (i.e. massive motivation for why this must happen now. Create a drive that pushes you through the story by having emotional stakes.)

Do this, and you’ll need to reach a place where there is no way but forward. Where there’s a rocket behind you that is always pushing you further towards your goal.

Just don’t forget to let us know the epiphanies that got you there ;)

What would you do for a lifetime of epiphanies in 5 days? To find out more about the High Value Woman Retreat and get insight into the formula behind it, watch this short video I’ve put together here:

Learn More About The Retreat

This week Jameson sent me a video of a coach giving a speech to a Little League Baseball team after...