This is the eighth piece to be published on the Get The Guy blog from my brother Stephen. Steve helped co-write the Get The Guy book and is a wealth of knowledge on dating and relationships.

It has been our experience that most people seeking a relationship aren’t really ready for one.

This week’s post details why that is, and the two key mindsets you must take on if you’re single. It’s an empowering message that will reground you with where you are, allow you to have more fun, and help you in building a foundation for an incredible relationship. 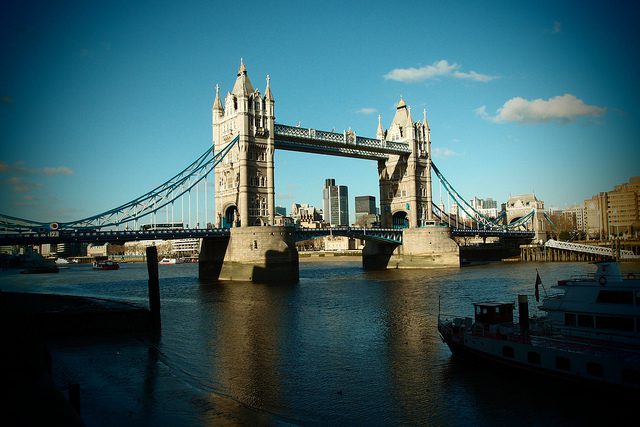 One of the best shortcuts for having good relationships is to choose well in the beginning.

Yet how easy it is to fall at that simple hurdle.

It’s easy to dive into romantic situations that are terrible for us. We pursue situations where we know we are mismatched – where our values are so wildly opposing that the relationship is set on a one-way train ride to a massive crash from the outset. Or he has completely different ideas about how he wants his dating life to be over the next five years. Or he carries on with obnoxious behaviours that you know you can’t put up with for more than a few months.

Even if doom isn’t always written in bold letters, we can see the signs early on.

Yet we ignore it. Because maybe the some of the time he’s amazing. Or because it’s just good to have someone to “cuddle” on a regular basis. Or it’s much more simple: it just beats being on our own.

So we ignore the signs. Paper over the cracks. Rather than stand up for ourselves and assert our standards, we quickly compromise, and hope that the niggling feeling of dread will dissolve if we distract ourselves for long enough.

So why do we get into relationships with the wrong people?

I believe a huge part of this is because we are just bad at being single. We don’t see being single as a desirable position.

One of the best ways to choose good relationships therefore is to be single from a position of power.

In the HBO show True Detective, (relax, no spoilers ahead) Matthew McConaughey’s character has just had a date with a woman and isn’t sure if he wants to pursue things further. When he’s asked by a friend why he doesn’t just dive into this new relationship regardless, he gives two reasons: Because he knows what he wants, and because he’s ok with being alone.

(Sidenote: If you watch the show, you’ll know that McConaughey’s character is no role model, and what’s quoted above probably covers the only healthy relationship advice to be extracted from a world in which all the characters seem to have, to say the least, ‘troubled’ relationships).

The two reasons above are the essential cards that enable you to choose relationships from a powerful position. Let’s look at both:

1. Knowing what you want

Check out Matt’s latest video for more on this.

It’s great and crucial to meet as many people as possible when single. But when it comes to deciding who to invest time and emotion in, we should always be gradually investing and assessing the feedback we get.

Do they invest back in us? Are they enjoyable to be around for more than a day? Do they bring something unique to our life that no-one else does? Do they complain/criticize/bring negativity? Or do they encourage/inspire/try to add to our enjoyment of every day?

All of these things are important, and we forget them at our own peril.

We also need to be able to communicate what we want. If someone violates your deepest standards early on, be up front immediately. This is important because (a) sometimes a guy won’t even know he’s violating your standards, and (b) you’ll quickly find out how much effort he’s willing to make when he realises he has.

Most people hide from this kind of direct communication early on because they think it’s going to scare the person off. But it’s much quicker to be up front early about the things that matter – if they’re a big deal now, they’ll be a bigger deal later on.

Remember: Give him the chance to live up to your standards; and if he doesn’t take the opportunity, always have the power to walk away.

2. Being ok with being alone

I’d go one further than this. The people who do best at choosing healthy relationships know more than just how to merely exist alone: They know how to love being single.

They don’t see their single status as a virus that has to be immediately cured.

Yes, they love relationships. But they also realise that relationships don’t fix or solve other areas of their lives that need attending to.

People who do single well surround themselves with great friends and a social world that brings them actual pleasure (i.e. they don’t just make themselves busy for the sake of it), they have work and passions that make them internally fulfilled – their life has meaning independently of whether or not they have someone to share it with.

This is the only healthy position from which to come to a relationship.

Most people initially come to Matt’s seminars or read his book hoping that he’ll teach them how to be fulfilled by acquiring a relationship. And yet a brief scan of the Amazon reviews and countless testimonials over the years always tells a different story: After finishing the book or one of Matt’s programs, people always comment that they now love being single so much they stopped feeling the need to grab the nearest relationship.

In fact, they now feel like they have to be convinced to get into a relationship.

Does this seem like a lot of work? It actually saves time.

We can either spend 6 months in a ‘band-aid’ relationship designed to shield us from our other problems i.e. those mediocre relationships that inevitably crumble within a year. OR we can spend 6 months building an incredible foundation from which we can attract someone who meets our most important criteria.

The first path is merely a delay of future pain. The second is the foundation of future fulfillment.

What other ways do you fulfill yourself when you’re not in a relationship? Let me know in the comments below.

54 Replies to “Two ‘Power Positions’ Single People Need To Have”