Bow-Tie On Or Off? Caption Contest, Cover Revealed, Homemade Video…

I came back to London a few days ago and did a big signing event (which was a little crazy!). We had over 250 women there, and queues out of the door for signings, pictures, and even a few kisses (see the video below!).

The event was a huge success, and thank you to everyone who was able to make it!

My team and I had a blast, and we put a few bits of footage together for you to get a taster of what went on…

I’m now spending my week in and out of TV, radio and newspaper interviews in and around London. Very shorly I’m going to be flying back to Los Angeles however, because United States – you are next!

This contest is now over. Thank you to everyone who entered! The winning caption was from Amanda.

The Get The Guy book is going to be available for everyone in the US & Canada very soon. To coincide with the NBC show Ready For Love the date to put in your diary for the release is Tuesday April 9th.

As a teaser, I want to reveal a rough version of the cover… 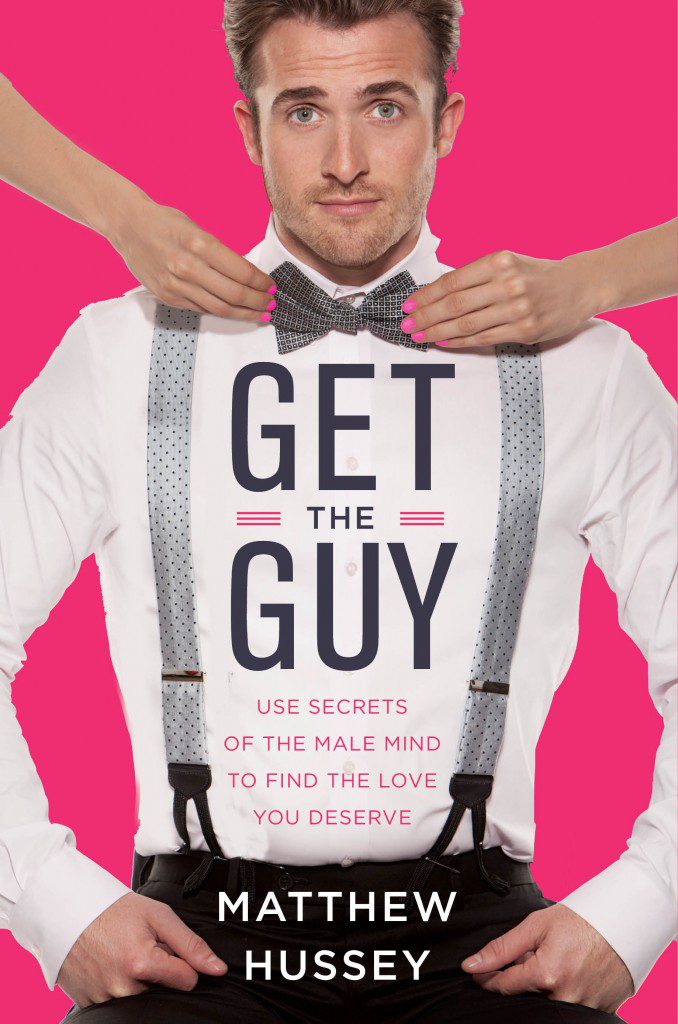 As you’ll see, it’s a little bit playful, and while I never intended to be on the cover, my publishers had the last word!

In celebration, I want to have a caption contest.

This contest is now over. Thank you to everyone who entered! The winning caption was from Amanda.

I want to hear what you think is going on in this picture, for you to write your caption in the comments below, and the best (decided by my team) is going to get two free tickets to the Get The Guy Live Tour.

On that note, I’m going to be announcing locations beyond Los Angeles for the tour very shortly. These are going to be released in the next few days which will be your chance to sign up and get tickets.

That’s it for today.

Write your caption below, I hope you win, and I’ll see you later this week for more videos!

259 Responses to Bow-Tie On Or Off? Caption Contest, Cover Revealed, Homemade Video…

Dealing With Arguments That Wreck Relationships

Forward this on to anyone you know who is in a relationship and could use a pick me up. We've...