Want To Know If The Man You’re Dating Is A Narcissist? Look For These Subtle Signs! 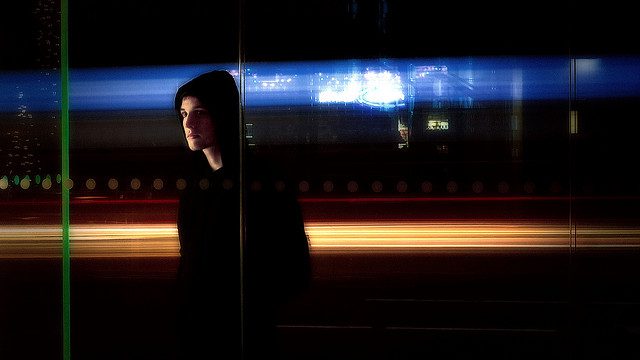 Narcissists fall in love every day. It’s just always with the wrong person.

Many disturbing statistics have shown just how easy it is for narcissists, sociopaths, and the dangerously self-obsessed to thrive in the modern world.

Whether in business, fashion, or the movie industry, a delusional belief in one’s own talents and superiority can be just the quality one needs to bloom in professions that rely on selling an image of confidence and self-assuredness.

It doesn’t help that narcissists are great seducers too.

Narcissists can be rich, powerful, talented, clever, charming and keen to please.

Sounds too good to be true, right?

Here’s the downside of dating a narcissist: It can take a really long time for you to notice the enormous downside (namely his complete lack of empathy with other people)!

What will likely happen is you’ll be with a guy who seems to have his life together, takes care himself, is highly successful, and even wants to take you out and treat you well. But you’ll notice something missing. Some form of caring and human generosity that he doesn’t show.

You might not even be able to put your finger on it, because a narcissist, being someone who is eager to be loved, will tell you everything you want to hear.

How do you spot these creatures then?

The signs are subtle, and it’s not usually just one behaviour. You need to look for repeated patterns of the following kinds:

[*] Needing too much attention for minor accomplishments. He does most activities for people to cheer and tell him how great he is, and acts like a child if people don’t give him the attention he craves. He is extremely sensitive about the slightest criticism. Most guys want their girlfriend to be their greatest cheerleader, but only a narcissist wants her to be as blindly devotional as a Justin Bieber fan.

[*] Selfishness with giving praise. He rarely, if ever, will give you praise for your own achievements or parts of your character he admires. In fact, he’s likely threatened by your success, and will become colder when he sees you rise up the ladder.

[*] Every story you tell becomes a story about him. You’re in the middle of telling him about an argument with your parents, and before you know it you’re talking about his relationship issues with his Dad. Somehow every conversation turns to his own grand internal struggle because, frankly, yours just isn’t that interesting to him.

[*] Envy. He is insanely jealous of other people’s achievements, and tries to belittle their success. If he can’t bring himself up, he’ll show why others are worse than he is.

[*] Lack of curiosity about you. Your inner world and thoughts are of practically zero interest to him. He is never truly interested in getting to know you as a person. He tends to ask superficial questions and only takes an interest when he’s told to.

[*] Takes credit, avoids blame. He takes credit for everything good, and rarely apologises for anything bad. He is awful at sharing his wins with anyone else, and will need to regularly prove how others played no role in his successes.

[*] Thinks he is never the problem – it’s just that you “have issues”. He assumes all faults in the relationship must be because you’re erratic, needy and unreasonable, not because he’s acting badly. If you’re upset, he blames you for being emotional, and makes you somehow feel bad for unfairly putting pressure on him.

[*] Ignores your plans. Your dreams are disposable and do not feature on his radar when he makes plans. His dreams, on the other hand, are of life and death importance and are a daily obsession.

[*] Does things to fuel his image of himself as a ‘great guy’. He only does things for you because he thinks they make you like him more or make him look better, rather than because he is interested in making you feel happy and fulfilled. The same goes for his friends and people around him. Anyone that threatens this identity he will swiftly disposed of, or instinctively avoid.

[*] Won’t assist with your projects. If your path to fulfillment somehow conflicts with his happiness and feelings of superiority, he’ll convince you to not to follow it. After all, what are your meagre projects compared to his epic quest for glory and domination?

[*] Unable to apologise. He just cannot say sorry. No matter what he’s done or how obvious it is, he finds a way to justify and explain why in this instance it wasn’t his fault, or finds a way to excuse himself for having done something bad. Or he’ll just pounce and attack your character as a means to defend himself.

I know nobody’s perfect. Even great people may have one or two elements of narcissism lying within them, ready to come out unexpectedly.

But stack enough of these behaviours on top of one another, and you’ve got a man who will sooner or later leave you desperately wanting for affection, love, and kindness that you just won’t get.

He’ll say all the right things when you’re upset. Of course he will.

That’s because he’s seeing your view of him for the first time. And he’s scared that it doesn’t match what he sees in the mirror.

And the mirror always comes first.

48 Replies to “Want To Know If The Man You’re Dating Is A Narcissist? Look For These Subtle Signs!”