What Men Want – 5 Things He Loves To Hear

When a man is truly into a woman, his brain becomes a recording device for certain phrases that trigger his attraction, prime his ego, or make him feel masculine and sexy.

I’m a HUGE believer that mastering communication is the smartest thing you can do in your dating life (which is why I called my best-selling programme “How To Talk To Men”, because I became obsessed with how the things we say can make enormous changes in our relationships).

So next time you are tempted to think words don’t matter, remember these key facts about what men want: 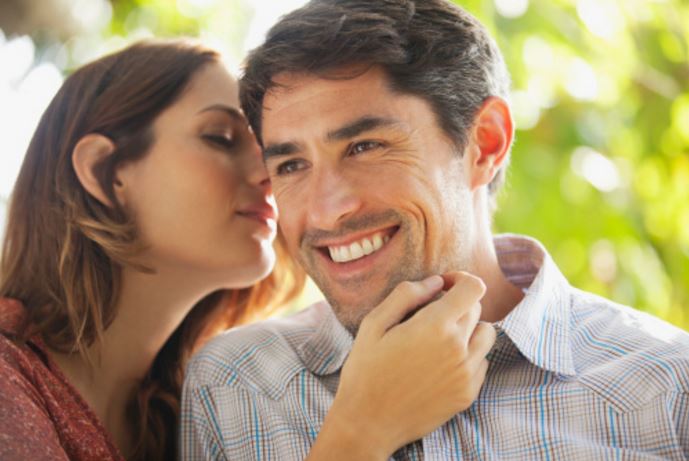 1. Men want to feel able to protect you

It’s not about how big his biceps are, it’s about how much he feels he can take care of you.

Maybe that sounds a little weird, but basically, even if a guy knows that you’re more than capable of taking care of everything in your own life, he still loves to hear you say to him, “I feel so safe around you,” or “you really know how to take care of me”.

2. Men want to know you think about them

We all love knowing that we’re in the thoughts of the person we love, and men are no different.

If you come home and say to him, “I was telling Jennifer today what a wonderful man I have. She was complaining about her boyfriend and I started thinking how lucky I am to have someone like you”, he’ll immediately think of you in a more loving way.

Knowing that you talk about him in this way is a HUGE turn-on for guys. Of course, you only do this with a guy you’re already seeing, but when you do you can guarantee he’ll remember it.

3. Men want to hear you believe in them

What men want more than just about anything from their girlfriend is faith.

A man is dying to hear the words, “I believe in you”. Next time he gets excited telling you about his big plans, say to him, “If anyone can do it, you can”.

By doing this you instantly put yourself in the category in his head of woman whom I cannot live without.

4. Men want to be able to care for you

Not all the time (because that’s just annoying), but sometimes, a guy just wants to be able to be the one you go to when you need putting back together again. He wants to be the person who can bring you up and make you feel whole.

Warning though: This only works if you are confident and strong as a person most of the time. A guy has no desire to take care of someone who always plays the “broken woman” who needs piecing back together.

Which leads us to our final point…

5.  Men want to hear that you have self-belief

People mistakenly think that confidence is only a sexy trait in men. But it works both ways. Men love seeing a woman who is comfortable sexually, who believes in herself, and who takes charge of her own life.

What men want is to see their woman going out in the world and embracing her own independence; just as long as you show him that you want him with you on the way!

Looking for advice on how to win him over from the first meeting? Make sure you read my other article about what men want in the early “dating phase”.