You’ve crossed over past your twenties. Maybe even thirties, or forties. You’re single. You’re in a great place in your life to meet an incredible guy.

It’s taken a while to get your act together, but now you’re able to objectively look at your life and feel quite pleased with what you’ve made of yourself.

You worked hard through your early life to build some kind of meaningful work. It took sacrifice, effort, and focus – but you took the time and found a career that keeps you, if not always 100% motivated, at least interested for now.

Now you’re thinking about where you might meet a guy to share it with. Out at a party? A night out? Somewhere fashionable with friends on a Saturday afternoon? And suddenly the worrying truth hits you: Do I even do those kinds of things anymore?? 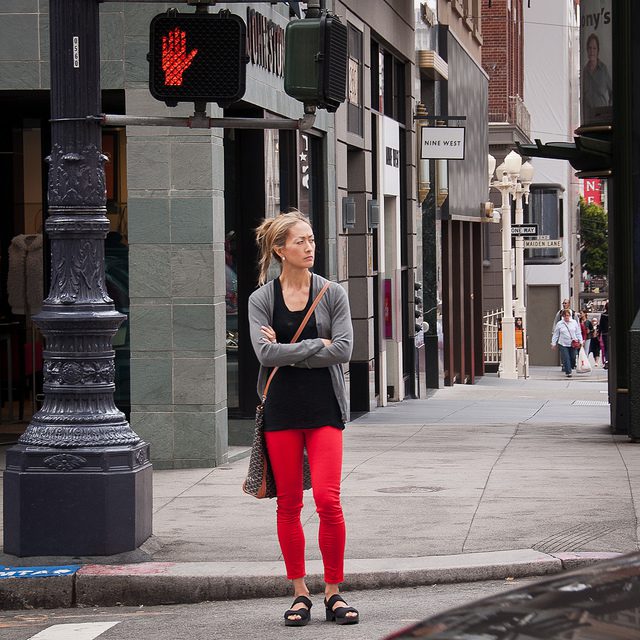 You realise that your social scene these days consists mostly of dinners with OTHER couples, or quiet nights in with flatmates watching a movie, or even just weekends catching up on errands and being in your apartment. You enjoy these things, but you also realise that it’s been a long time since you even met any new guys, let alone a great one.

And this is the danger of getting older: We cease to have a life that gets us meeting NEW people.

What Happens in Dating After 29

Part of this, you’ll be glad to know, is all your friends’ fault.

Those now-coupled-up friends from high school or university are only making this more difficult. They have little interest in parties, going out, the kind of things single people do when they want to meet people.

Quick as a flash, from the age of 29 onwards you started to see more and more friends announcing engagements on Facebook. Some of them even had babies. Really early babies (at least, it seems that way to the rest of us who can’t even imagine being married yet).

Now you’re listening to your former single friends talk about first mortgages and building their nest with their family, and you’re wondering how you’re going to meet a guy when being “out on the social scene” has suddenly become the last priority on all your friends’ minds.

The danger isn’t being single in your early thirties and forties. The danger is feeling like you’re in this period of your life adrift, without support – leaving you to cling to friends who only want to pull you further into secluded hibernation with them in their cozy relationship nests.

Getting Balance In Your “Dating Peer Group”

So what’s the solution? How do you jump off of this treadmill of hanging out with the same people, in the same places, at the same obnoxious dinner parties.

If you limit your friendships to married people, it’s hardly surprising that your social life becomes nothing but an endless sea of seemingly happy couples. Yes, I’m sure they have a “great single friend” they’d love to introduce you to, but in the meantime, instead of waiting around to see if that lottery ticket turns out to be a winner, it’s time to cast a wider social net.

Say “yes” to those friends who get you out of the house on a Friday night and saying “no” to yet another offer of spending an entire weekend hanging out with your best friend and her fiancé.

By all means, give your coupled-up buddies an hour or two for lunch on a Saturday afternoon. But then have somewhere cool to go in the evening where you’ll ACTUALLY get to socialise and be in proximity to people you’re romantically interested in.

Maybe it’s acquiring a few younger friends who are still focused on being out there and having fun. Maybe it’s pursuing your own interests and hobbies so that you expose yourself to a whole set of new people who can bring you into a new social circle. Maybe it’s calling up those other single friends whom you’re less close to but who are probably more up for being “out there” meeting guys than your married friends.

I’ve learnt in my most stagnant dating periods that my biggest mistake was often just hanging around people who had no interest in being single and dating. This meant I spent many a sociable hour at perfectly nice dinners with couples, but at the cost of being out at the places where single people tend to flock.

Just as in any other area of life, when it comes to dating and finding love, your peer group matters. The people you spend your time with will determine the amount of guys you meet on a weekly basis, and therefore determine your love life.

You don’t choose your family, but you do choose your friends. What no-one tells you though is that you have to KEEP re-choosing them depending on where you are in life. Make sure you choose some balance.

I Got PUNCHED in the Face…

Ever noticed how whenever you try to break out of your comfort zone, there’s always someone who wants to criticize...