Once, on a quiet Saturday night, I did something I’ve never done before…I went to read a book, in a bar, alone.

I’ve read alone in coffee shops, but never a bar.

I had been out partying the night before, so wanted to keep things low-key. I went to see a movie, and then stopped by the fashionable gastro pub about thirty seconds from my flat.

I ordered a glass of wine, sat down at one of the wooden tables with a burning candle stuck in an old gin bottle, and opened my Italian novel to read in the cozy lighting…alone. It was as pretentious as it sounds. The only way I could have looked more pompous would be if I were smoking a pipe and wearing a turtleneck (I was in a sweater, if you must know). 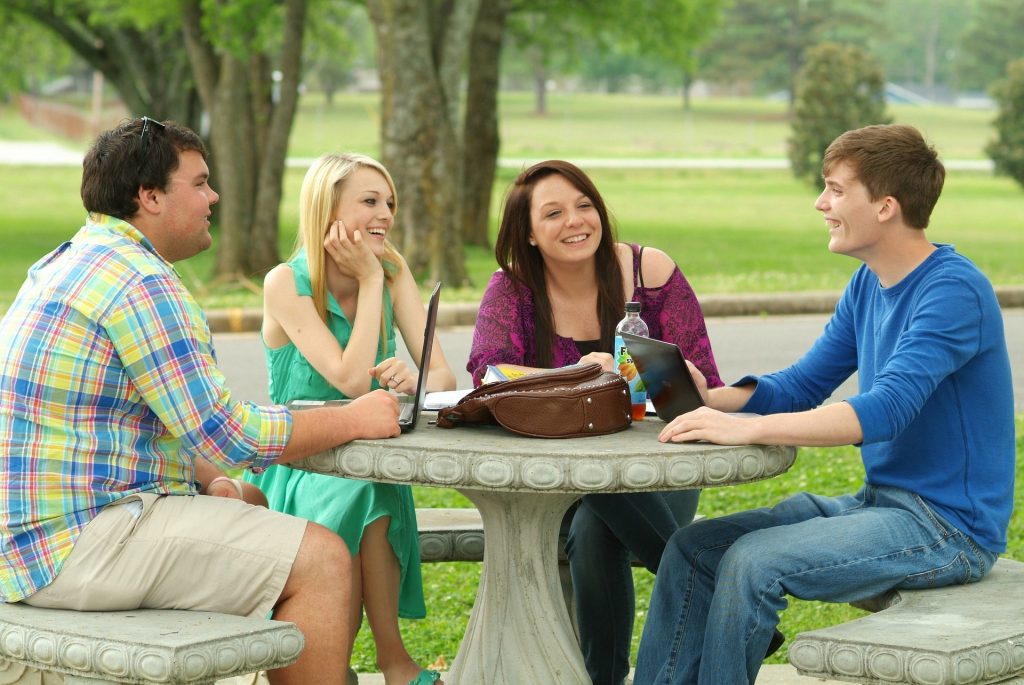 After about twenty minutes I heard a group of American voices chatting next to me.

As they got up to leave, while I still had my head down in my book, I heard a woman say, “Wow. That looks so romantic”.

I looked up and realised she was standing over my table.

“What are you reading?”, she said.

“It’s a book by an Italian woman,” I said. “She’s sold millions of books but no one knows her real identity.”

“Wow, that’s cool. I just read The Goldfinch and finished about 200 pages in one day. I love it.”

“Oh! I’ve been meaning to read that.”

Her friends at this point were lingering at the entrance, but we carried on the conversation anyway. After a while it became clear we were getting on well enough that she gave her friends the “I’ll catch up with you in a minute” nod, and they went outside.

Just then my brain kicked me: Find a way to ask for her number, you idiot. As I was about to open my mouth to do just that, she interjected by saying: “You should text me!”

Wow. I was impressed by this very attractive (and very American) confidence I was witnessing.

“You know, this is the first time reading a book in public has ever got me a phone number” I said.

She laughed, put her number in my phone, and I said we should do something next week.

“That’d be nice!” She smiled. Then she left the pub.

5 Lessons To Remember When Starting Conversations With Guys

Like I said, the story above isn’t one that has happened to me before. Usually because it’s me starting the conversation with women.

But whenever I’ve had women start conversations with me in the way described above, I always think to myself: Why don’t more women do this?

I hear from so many women who wish guys would talk to them more, and I always wonder if they realise how easily they could get men into conversation with just a few simple techniques.

In a previous post I talked about the amazing benefits of eye contact in getting a guy to approach you.

But what about taking this one step further and actually STARTING THE CONVERSATION with a guy?

To some, the idea of approaching seems anti-feminine, anti-romance, anti-….some universal law that says men should make the first move when it comes to romance.

It can sound really awkward to go and talk to anyone out of nowhere, let alone the intimidation of approaching a guy you’re attracted to.

Don’t get me wrong, I’m not saying women should always approach men; that’s exactly why Matt developed the White Handkerchief Approach, so that women can get guys to make the first move.

But there are times when it’s worth taking the initiative the make the first move. And after experiencing the story above, here are my five tips I learned from the woman who approached me:

1. Have friends as backup

It’s good to have a safety net when talking to new people.

It’s always less scary to talk to new people if you know you have a group of friends you can return to if it doesn’t go well.

Notice in the story above how the woman who approached me was able make a comment to me pretty easily because she was surrounded by a bunch of friends who would be there if I had given an awkward response.

There was never any real potential for her to fail, because she had backup.

{NOTE: This doesn’t mean having friends around is always the best way to meet someone knew. Sometimes it can make us lazy, because we don’t have to take the risk to meet new people when we’ve already shown up with ten friends. This is why it can be smart to occasionally break away from your group to chat to a new guy, even if later you integrate him with your social circle.}

2. Start with curiosity, rather than asking for something (i.e. keep it low-pressure)

In the story, the conversation started with a comment about me being sat reading a book. Then she said: “What’s the book you’re reading?”

The setup was: I’m a reader, and I’m curious what you’re reading.

She hit the ball into my court, and it was up to me to hit it back and do something afterwards (which fortunately I did when I asked her about what books she liked).

Curiosity is low-pressure. Going up and asking for someone’s phone number has much more potential for rejection.

There are opportunities everywhere to say “hi” in our everyday lives. In the example above, she did it spontaneously, like she was just saying something she happened to be thinking in the moment.

This is just about the easiest way to meet people there is: when you truly just say what’s on your mind and don’t be so filtered all the time. Whether in the queue for coffee, at a party, or when just buying groceries. Sometimes it leads to incredible conversations in passing, other times it leads nowhere. But you have to DO it first to know!

4. When in doubt, assume

When in the conversation she said, “You should text me”, she employed a technique Matt talks about a lot, which is just to ASSUME.

Ok, it’s a ballsy move, and usually I would have seen it as my perogative to ask her for her number since she already did the work of approaching me.

But the fact is, she didn’t say anything as risky as “Can I get your number?” Instead, she just said it as if it was a fact: You should text me.

You could also say in this scenario: “You should come have a drink with us“, or “You should come meet my friends” when you’re at a party. All of these things can lead the situation forward by simply throwing out a statement, which seems strong and confident.

You can also do this when you talk about something you LOVE doing with a guy and then say, “We should go to that museum/play/restaurant sometime!” Again, it then becomes his chance to chase it up and take it further.

Even though the woman in the example above approached me, what she really did each step of the way was put out BAIT, which I then had to decide to take and do something with. Luckily I did.

The entire conversation above happened in the space of about 2-3 minutes.

It isn’t necessary to make everything longer than it needs to be. I remember once being out in a supermarket with my brother when two women asked us if there was anywhere nearby for breakfast. We suggested a couple of cafes, then we said: “Let’s exchange numbers since you guys are new here”. They replied “Cool”, and that was that.

Sometimes when you have a brief moment of connection it’s nice to simply say, “I’ve got to go, but let me get your number and we’ll carry on this conversation another time.”

That’s all it takes.

Not every interaction will go 100% perfect, but that’s ok. The important thing is having those conversations so that you’re ready when you do meet a guy you really connect with.

What’s most pleasing about all this, is that no matter how much I’ve learned and written about dating advice, apparently ALL of it still works on me. That’s good to know.

The Counterintuitive Productivity Hack You Can Use Every Day

I am a lazy person. Yep, it’s true. People assume you must have to be some kind of natural super-human...