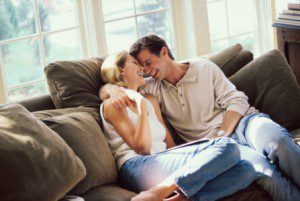 So you've got his number, or maybe he's got yours and you're looking to arrange the first date. What should...