getting him to commit 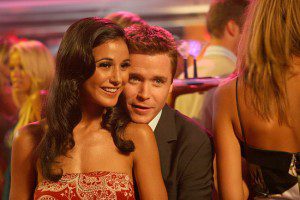 Firstly, what is the right amount of time for couples to spend together? Clearly this is going to depend on the stage of your relationship, but different people want to spend different amounts of time together throughout these stages.

This is one of the fundamentals of compatibility.

Are there things you can do to change how much time you want a guy to spend with you? Of course; we’ll get to those in a second. But firstly I just want to talk to you about some of the reasons why a guy might be spending as much time with you as you’d like. And then we’ll get on to how to prevent this from happening and how to change it if it already has…

So why are some men so reluctant to spend time with their girl friends?

The real core reason can most certainly stem from what type of character he is. Extroverted guys can grow up with a dependency on their male friends, and in the midst of the male blueprint, they often give each other a hard time for ever even getting into relationships.

Conversely, more introverted guys can long for some along time to really recharge and delve into their own thoughts for a little while.

Not seeing you can leave him feeling empowered.

I know it’s almost a default response for anyone in this position to confront the person they’re with, but I urge you not to. If you’re reactive in this situation it’s only going to reinforce this further. You have to keep your cool and come at it from a different angle.

Don’t match him by being aloof.

There is dating advice out there that will tell you to be impossible to get a hold of, and to be the who plays hard to get in the relationship, but all this really does is make a guy fall in love with the chase. Doing this inevitably distances you further and further away, as if you ever really start to spend quality time together, he’s like a cat that’s been taunted with a piece of string; seduced by the chase, not you.

Instead you need to speak to him with language that will really resonate. You need to validate him for spending time with you. Saying “Isn’t it great when we spend time together?” just isn’t strong enough. You need every time he see’s you to get better. You need to value your own time and most importantly you need to leave him always wanting more. And that’s how you get him to change his associations.

When it comes to having amazing relationships and growing the connection with a guy, the more knowledge you have, the faster you’ll be with the man of your dreams.

When you’re dating someone, it’s crucial you know what to do to keep them hooked…

This means using proven dating tips that work with almost all men and help to keep the attraction, to the point where he’ll be dying to call you. In my FREE newsletter I show you some of the most cutting edge tips for meeting, attracting and keeping your ideal guy. So sign up today, get instant access and you’ll be reading the first newsletter within minutes. 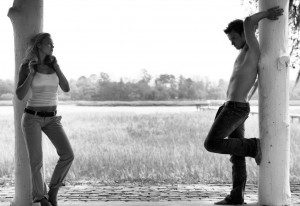