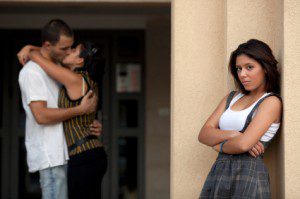 That’s right, occasionally I get asked by women, “My friend won’t let me meet her guy. What’s going on?” Granted this is one of the questions that I get asked less frequently, yet it’s still not all too uncommon.

However women are usually so willing to let their friends and family meet their boyfriends; often almost seeming as if the only reason they’re with their guy is to brag about him to their friends, so when I first heard this question I was rather taken back.

From one of my more recent articles about “players” you will have learned that when a guy is reluctant to let a woman into his life, it is often a sign that he is planning on getting in and getting out as quickly as humanly possible – and so should be avoided.

However we never really come to this same conclusion when it’s a girl who is reluctant to let any of her friends meet a guy – and you’d be right in thinking so, especially when he’s a boyfriend as it’s likely to be for completely different reason altogether. END_OF_DOCUMENT_TOKEN_TO_BE_REPLACED