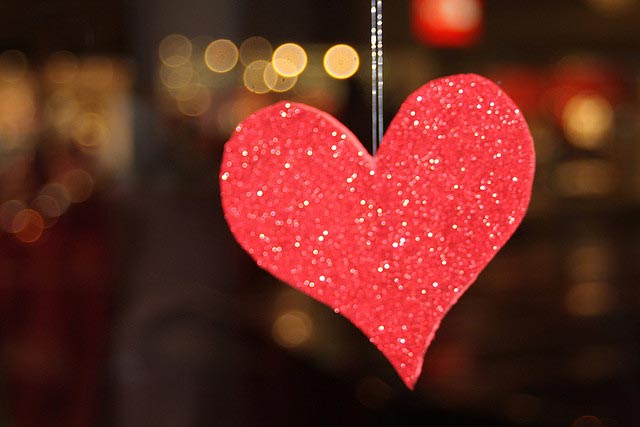 I finally reached my goal of 50 articles today on this blog.

So now seems a perfect time to share some of the most tweeted and popular quotes from the articles on this site.

One great benefit of combing through my old articles was the ability to see certain patterns and pet topics that came up again and again over the year.

Whether you’re a brand new reader or have been here since last year, this should provide a handy reference guide for some of the main ideas I’ve covered in my pieces so far.

1. There are two routes to attracting more guys into your life: (A) Meet more men, (B) Enjoy being single more. These tend to go hand-in hand.

2. Most people’s problem isn’t that they lack proximity to good potential partners, it’s that they don’t take the opportunities in front of them.

3. Go for Low-Risk, Low-Investment conversation – make lots of small, low-pressure conversations everywhere and it will feel much easier to talk to strangers (e.g. “Which coffee is good here?” “Any books you would recommend?” “Where’s fun to go out in this part of town?”)

4. Start conversations not because you have to, but because life becomes infinitely more fun when you do.

5. Be easy in the first 20 seconds of conversation. It takes a lot of balls for any guy to approach you. Give him a chance.

6. Guys rarely approach the most attractive girl in the place; they approach the girl who is attractive AND approachable. Make eye contact, smile, be friendly with people around you, lose the intimidating stare, and guys will be MUCH more inclined to come over.

On The Male Ego

8. The Male Ego is not a muscle. If you break it down, it doesn’t get stronger. It’s more like a nervous cat. You scare it away, and it will attach itself to someone else.

9. Men wrap their self-esteem in being able to impress you and be admired by you. Be impressable. If you’re with a guy, admire him (if this sounds too false or contrived for you, stop dating guys you don’t admire).

10. But remember: Admiration does not mean passive submission.

11. If you call him names like “lazy” or “hopeless”, he’ll feel like you’ve given him a label that he can’t change and won’t feel motivated to be any better. You’ll just make him feel like a failure. Two big parts of relationships working are (a) having needs you both want to fulfil, and (b) communicating those needs in the right way.

12. If you want him to do something different: Show appreciation and love him first, then tell him what you need from him. Be firm, but show him he’s loved.

13. Kissing and being tactile are huge encouragements for a guy. The more you use them, the better.

14. Saying “I understand what you’re saying” before you disagree with him will always make him more inclined to consider what you’re about to say.

15. Strong, confident men need your admiration and support just as much as anyone else. Him being confident doesn’t mean he can do without your confidence in him.

17. If you being happy with him is conditional on him changing, you’re with the wrong guy.

18. It’s not good enough to be amazing 20% of the time and difficult and negative 80% of the time. If you can reverse this ratio, you’ll have better relationships forever. Research proves that a 5:1 ratio of positive to negative interactions is ideal.

19. Most couples do nothing but complain to one another: about their work, their friends, each other. Limit this as much as possible.

21. If something is bugging you for more than a week or two, have a conversation about it. Burying makes it worse.

22. Your lifestyles don’t have to be the same, but they do have to be compatible. Find someone who spends his time in ways you approve of already.

23. Men love these four traits in women: Independence, Playfulness, Nurturing, and Sexual Confidence. You don’t have to be all of these things all the time, but you do have to show each of them some of the time.

On Being In The Friend Zone

24. If you’re in the Friend Zone, you need to add sexual chemistry…

25. …like knowing the difference between “nice” and “flirty” actions.

Flirty = Giving his bicep a squeeze and a lingering touch on his back when you walk past him.

28. If you’re in the Friends-With-Benefits zone (i.e. sleeping together but he doesn’t want commitment), you need to add connection and respect.

29. Start with curiosity – don’t focus on trying to ‘catch him out’ or test what kind of guy he is. He’ll reveal that himself through his conversation and actions anyway. Just focus on having fun.

30. Put aside any grand theories you might have that “all men are douchebags” and give him a chance. There’s no bigger mood-killer than a girl who brings years of emotional baggage with her and expects a man to change it.

31. Invest first, then see what comes back. Not much, just a little. You can always back off later. Be open to something incredible happening, even if just for one date.

32. Ask questions that give him permission to open up emotionally – e.g. “what was the hardest thing you did last year?”, “how did you feel when you ran that marathon? Was the training hard?” “If you could only eat one kind of pizza for the rest of your life, what would it be?” (I have strong emotions on this last one)

On Getting Him To Understand Your Needs

33. Mr. Right will want to spend his life fulfilling your needs, but he has to know what they are first.

34. Great guys aren’t defined by always knowing your needs, but by always striving to satisfy them.

35. Call him out when he’s being a jerk. Guys often have no idea that they are upsetting you.

On Being A Challenge

36. ‘Being challenging’ doesn’t mean putting up endless obstacles he has to get over. It means being exceptional enough that he wants to live up to your standards.

37. One of the sexiest combinations: A woman who shows DESIRE without DEPENDENCE.

38. Guys LOVE attention, affection, and being prioritized. But they want to feel like they have earned that status.

39. If you show a guy immediately when he acts that you won’t stand for disloyalty, unkindness, or him taking you for granted, it makes his brain notice “Ah, this is the standard I have to reach”.

40. If it’s ever a choice between being liked or being respected, choose being respected. It’s nearly impossible to be attracted in the long-term to someone you don’t respect.

On Being A Realist

41. You can charge head-first into love but still keep your life in order. Don’t believe the propaganda that it’s somehow romantic to give up everything else important in your life for one person.

42. Don’t fall for a guy just because he is a high-achiever and a generally good guy. The question is: Is he a good guy to you? He might love his mother, but he also has to love you.

43. Narcissists are usually envious, uninterested in your life, and never apologise for being wrong. All of these traits in a man should set your alarm bells ringing. Be real. He won’t change. At least not for you.

44. About 80% of the battle is choosing the right guy in the first place. Know your standards – which ones matter and which ones don’t.

45. Love is manic enough. Let alone spending it on people who don’t even love you back.

On Things You Didn’t Know About Men

46. Men dream of meeting a woman who they can be vulnerable with who won’t see them as ‘weak’ or ‘less of a man’. Also, a woman who reads good books. And a bunch of other ordinary things.

48. Know what conversations you can save for another day (and never tell a woman you wrote a dating book on the first date).