This Is How You Lose Him: 6 Behaviours Of The Self-Sabotaging Woman In Relationships

Most women intuitively understand that no guy can be manipulated, emotionally cajoled, or Jedi mind-tricked into staying in a relationship.

Yet at a subconscious level, men and women will engage in all kinds of behaviours to plug up their insecure fears that one day their partner might suddenly stop loving them, or run off with someone else, or decide to retire to a Tibetan monastery, scrub pots and remain celibate for the rest of their days.

But any of these possibilities could happen at any moment. 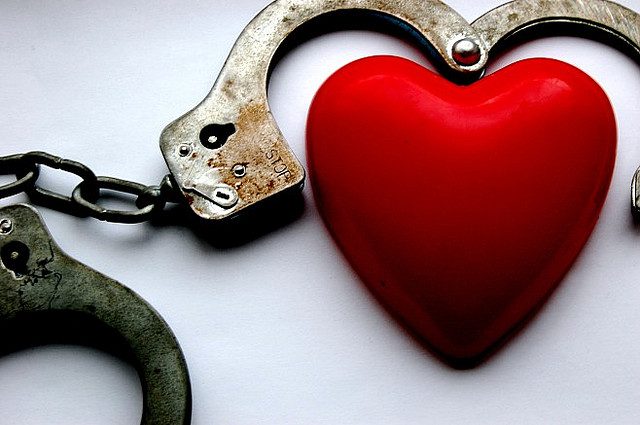 Our partner has to not only choose to stay once, but keep choosing to remain with us every single day.

So naturally some people get insecure at this thought and wonder “How can I make him stay, and make sure he won’t leave?”

If this is the question you’re asking, you just might not be mature enough for an emotionally healthy relationship yet.

People who attempt to ‘lock’ their partner in only end up sabotaging the relationship with their behaviour.

(a) Force the guy away (and repeat this cycle with every next guy that comes along).

(b) Create a relationship in which their man is filled with constant resentment and a bitterness over her suffocating behaviour.

Or finally, they may get a third option:

(c) End up with a guy as needy and insecure as they are.

The sad thing is, all of these possibilities can be avoided.

But to do that, you have to detect where you’re going wrong first.

Here’s a checklist of behaviours the self-sabotaging woman engages in that drives guys away:

1. She finds subtle ways to pull him away from his friends

Examples – She runs his friends down, shows jealousy any time he hangs out with them, or suddenly gets in a pouty mood when he tells her how much fun he had on a night out with them.

If you push him from his friends, you’ll isolate him socially on a rock where it’s just you and him.

For a while that can feel comfortable. Then quickly it becomes annoying. Then suffocating. After enough months on ‘couple island’ with not a friend in sight, most guys will choose to throw themselves back in the ocean.

2. She gives him less love when he achieves success

Examples – When he gets success, she tells him he’s ‘changing’ in a bad way, or that he’s too driven by money, or she becomes less loving towards him, acts insecure and worries excessively about him leaving.

Any of this controlling behaviour sets up a dangerous dichotomy in his head, where he thinks it’s a choice between his girlfriend and his career.

It’s not always the case that he’ll choose the career, of course, but the smart person in a relationship knows that when their partner does well, it’s important to celebrate “our success”, not resent “his success”.

Take the ride together, and no-one has to fear being left behind.

3. She tries to be placed before his family ALL THE TIME

Examples – You act personally affronted because he’s chosen to see his parents for a weekend, or get in a mood when he chooses to spend a holiday with his siblings.

If a guy is close with his family, and you become someone who threatens that, the family will notice fast. And once you turn his family against you, you’ve made some powerful enemies.

Besides, as I mentioned in last week’s post, when you find your partner doesn’t put you first all the time in a relationship, that’s actually a good thing.

4. She alienates him from any other female friendships

Examples – Treating every other woman in his life, whether she’s taken or not, as a threat who needs to be pushed into the background as soon as possible. Interrogating him about any female who speaks to him. Acting overly suspicious.

If you make him think he has to sneak around or explain himself for spending any time in female company, he’s going to feel controlled and resentful.

I’m not saying all men are saints (nor all women for that matter) in the department of loyalty, but if you feel the need to cut off a partner’s friendships with the opposite sex, it either means he’s not a good enough guy for you to trust him (in which case, you have a big problem already), or you have issues trusting him to be loyal (which will only make him bitter towards you).

Be very careful of turning any conversation about his female friends into an interrogation. Take it from a good guy, we hate being made to feel like bad guys.

5. She makes it his responsibility to ‘cure’ her bad moods

Examples – Making it his responsibility to get you out of any bad mood and to fix every outstanding emotional, career, and family problem in your life.

It’s nice having that bed of comfort in a relationship, but if you lose the ability to cope with everyday life without him, he’s going to now feel like your 24/7 emotional babysitter.

6. She sacrifices her own plans to feel further intertwined with his life

Examples – Forgoing important career opportunities, letting her own plans fall by the wayside, attempting to only live for him and not follow her own form of success.

Deciding to sacrifice your own plans for someone else is another form of subtly controlling your partner. It’s a way of trying to create a false sense of closeness and feelings of guilt in your partner by attaching yourself to their life, instead of living your own.

You forgoing your own interests in life won’t suddenly make you a bigger part of his. It causes you to lose all the interesting pursuits and facets of your life that made you attractive in the first place.

Many people find themselves guilty of one or two of the above behaviours without realizing it.

The good news is, as soon as you consciously see these behaviours as the unnecessary and futile attempts to control someone else’s feelings that they are, you won’t feel the need to engage in them anymore.

So basically I’m suggesting that women try WAY less hard to keep their man and live a life so interesting and engaging that they have no time to even give a passing thought to what’s going on in his head.

35 Replies to “This Is How You Lose Him: 6 Behaviours Of The Self-Sabotaging Woman In Relationships”