7 Things I’d Tell My Teenage Self

This is a video for teenagers.

It’s the beginning of a new school year, and so for this week’s video I wanted to things that I know I would have benefitted me as a teenager.

What would you tell yourself if you could go back?

Here are the 7 things I’d tell my teenage self…

We tend to carry on in school the way we started. It’s easy for an identity to be created by the way that other people see us. Don’t let yourself get pigeon-holed.

2) Be careful who you’re trying to impress

There are people right now (whether consciously or unconsciously) you’re trying to impress.

Be very careful about this.

If you could see where these people were going to be in ten years time, I guarantee you would re-evaluate who you’re trying to impress.

One of my big insecurities in school was wondering whether or not I’d be invited to parties.

Being invited to parties is the byproduct of being the type of person that other people want to spend time with.

Focus on being someone that other people love spending time with.

When we do something new, we fear people are going to look at us strangely.

People who get acceptance are the ones who don’t need it.

If there’s something you want to do, do it regardless of what others might think. When you ignore their reactions, you’ll get over the initial period of discomfort and to a point where they accept how you now are.

A lot of school is doing things you don’t want to do.

And a myth in life is that that all changes; that when you begin doing what you love, you’ll be able to stop doing things you don’t love.

I’ve found in my life that even though I do the thing I love more than anything else in the world, there are plenty of things I still have to do that aren’t things I love.

The art is finding a way to enjoy whatever it is you’re doing.

When you’re doing the things you don’t want to do, can you figure out new ways of enjoying doing those things?

If you can, you’re going to be happy for the rest of your life.

6) See everything as a stepping stone

Many people resent jobs they do because they don’t feel they’re getting them closer to where they want to be.

The most successful people I’ve met have done a number of different jobs that had nothing to do with where they ended up.

But rather than viewing these things as a waste of time, they saw everything as a stepping stone.

Don’t fret that right now you’re going into something that isn’t exactly where you want to be.

The wrong job before the job you’re passionate about can have been the right job at the time. The wrong job can be a blessing when it teaches you more about what you want and where you want to go.

When you’re a teenager, people are trying to lay down all sorts of rules around you.

But an adult treating you like a kid doesn’t mean you have to rebel like a kid.

You can still make the smart choice, by doing what’s best for you.

Don’t rebel just because you want to get back at someone.

You need to go out and mess up. Just stay within the realm of making mistakes that you can recover from. Make mistakes that aren’t going to kill you or stop you from building the future you want to have. 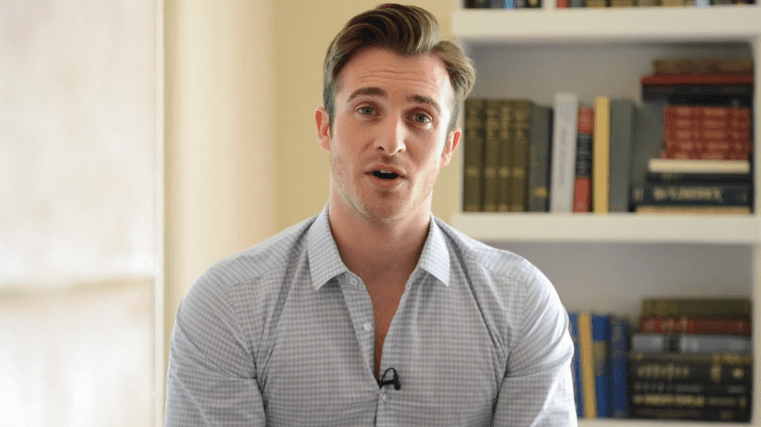 Leave a comment below to let me know what you think!

And if you’re an adult, leave a comment with the one thing you would tell your teenage self that you know would have made life better.