Benjamin Franklin Didn’t Have A Life Plan ­– Neither Do I…

I handed in my PhD two weeks ago. I’ve just now arrived back from my victory-lap vacation in Cyprus. Now I have to figure out my future. 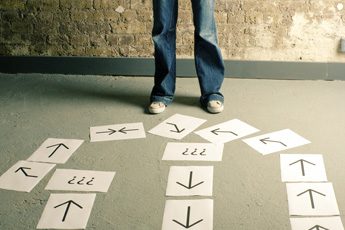 Benjamin Franklin never systematically planned out his future, yet he helped to practically build the world we know today. He helped found a country, created a fire-fighting union, owned a successful newspaper, and made pioneering strides in understanding the nature of electricity. And that’s not including his various inventions and writings that survive him today.

I don’t believe in planning out my next ten years in case my life slips away. Who knows if I’ll be here in ten years? It’s not life slipping away that scares me, it’s my days, my weeks, the slither of life I’m comfortable in right this second. What am I doing with it?

Franklin was a man not committed to a plan, but to virtues.

Virtues are like habits: they are ingrained excellences of character that shape how you work, how you make friends, how the people you love will ultimately remember you.

In a recent Youtube video, Matt recently spoke about Franklin’s tips for being a debater. If you haven’t watched it yet, I suggest you definitely check it out.

But this is just one gem among many. The autobiography is also full of brilliant advice that spells out what made an exceptional man like Franklin’s life seemingly so well-lived.

To paraphrase Ralph Waldo Emerson, Franklin realized that it was not goals, but commitment to a specific set of principles that determined a person’s life. Not a single achievement, or a fleeting moment of success, but an adherence to certain ways of living.

Of the many principles I learnt from Franklin, here are some of my favourites:

Unlike many of the megalomaniac entrepreneurs you read about, Franklin seemed driven by a desire to contribute wherever he could. Though clearly not a man free of ego and the occasional vanity, Franklin saw the value of being of service to others, and used his talents wherever they might benefit the land he found himself in.

He refused to patent his heating stove in 1742, even when made a generous offer by the deputy governor. Franklin instead replied: “we should be glad of an opportunity to serve others by any invention of ours, and this we should do freely and generously”

2. Being Surrounded By Excellence

Franklin saw that the best plan one could really make was to surround oneself with the smartest and most industrious fellows available.

For this he decided to set up the American Philosophical Society, and had his own intellectual group called the Junto, where he would meet with his most learned friends on regular weekly intervals to discuss issues of the day, present pieces of writing, and exchange ideas on self-improvement.

Our next opportunity in life so rarely comes from a detached plan on paper.

More likely it will come from those valuable people in your network with whom you’ve built a relationship of trust and mutual respect for each other’s talents.

One maxim frequently credited to Franklin is “waste not, want not”, and in his autobiography he repeatedly stresses the importance of living with less than one needs.

As he says when noting his list of habits: “FRUGALITY: Make no expense but to do good to others or yourself, i.e. Waste nothing”.

He even mentions after getting married how “We kept no idle servants, our table was plain and simple…my breakfast was a long time bread and milk”.

Franklin wasn’t a monk, and later talks about spending more as his wealth increased, but he kept up his habit of frugality his entire life.

He realised that idly giving away money, time, or your mental resources too freely means giving away one’s freedom to focus on what is truly important.

One of the remarkable things about Franklin was his ability to sacrifice his need for immediate glory in order to keep moving ahead. He would often proceed early on with rigorous reading pursuits and difficult jobs even when he wasn’t receiving ample compensation, yet he would soon astound people with his industriousness and intimidating work ethic.

Put simply, the man was a mover and a learner, whether the rewards came immediately or not. In a letter his friend Benjamin Vaughan refers to patience as a key characteristic of great men, praising Franklin’s demonstration of this virtue.

Franklin wanted to see, observe, and understand the world, and was willing to take risks and venture into the unknown to do it.

It reminds me of what Jerry Seinfeld once called one of his secrets of life: “Ask questions”.

Franklin was a man never satisfied to accept answers from others. Whether it was an idea, a new country, a scientific principle, or a radical political system, Franklin would dive in for himself and take part himself.

He knew that curiosity mixed with hard grit leads to breakthroughs. More importantly, he knew that exploration and questioning is the path to discovery, even if you don’t always know the future you’re sailing towards.

If nothing else, Franklin’s remarkable life is a testament to the fact that just because you don’t have the destination, it doesn’t mean you can’t hoist your sails and surge ahead as fast as anyone else.