Does everyone take dating WAY too personally?

I was initially surprised this week at some of the reactions to Matt’s latest video blog.

In case you missed it, the video was about some of the fun, high-value messages you can send back to a guy when he texts you out-the-blue after “going cold” for a few weeks.

Although many of the comments were overwhelmingly positive (as proven by the like/dislike ratio on the YouTube video), I also noticed that some of the most popular comments were the angry ones, which said something like the following:

“I would NEVER message a guy back after he did any of these to me. I would just tell him to F**K off and stop playing mind games. Matthew, why are you telling people to be playful with these guys who are obviously PRICKS that just want to mess women around. Not impressed with this advice!”

That’s not an exact quote, but it’s the general summary. On reflection, I can see why this topic would provoke so much anger. 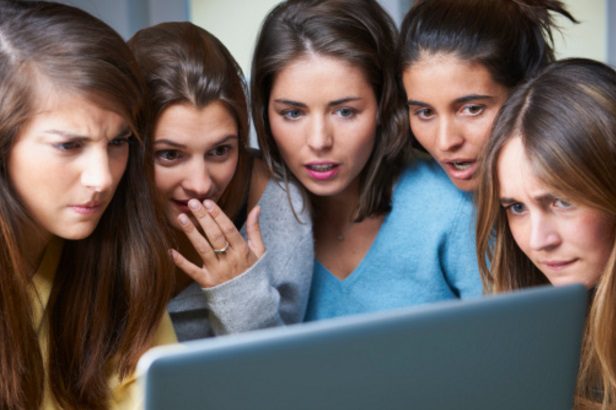 I can imagine the frustration: “Why would Matt tell me to be playful or confident or even care AT ALL about what messages I send to some douchebag that didn’t get back to me for weeks!”

I can’t help but worry about people who approach dating with this kind of mentality. It’s not that I believe the reaction is somehow wrong, but something about the aggressive, affronted, tone in the comments makes me wonder if there’s a little too much being taken personally here.

In other words, is such an emotive, infuriated response to a guy suddenly getting in touch after a few weeks of no-contact really necessary?

Sometimes it pays to have an open-mind before we write someone off and allow our blood to boil with rage at the very thought of them. Even if it’s just for our health.

When And When Not To Be Pissed Off

Let’s face it, after a few dates, we still don’t really know someone at all.

We barely know what’s going on in their real lives, we know they are presenting a slightly better, more polished version of themselves in order to impress us, and consequently we don’t really have a reason to expect a lot of obligation from their side.

The point is, sometimes life gets in the way. Sometimes a man (or woman) really is in a month where his or her career takes absolute priority over everything else and they just don’t have time to keep moving ahead with a burgeoning relationship. So maybe they drop off the radar for a while.

Then maybe they come back and send one of those texts, like the ones Matt mentioned in his video: e.g. “Miss u” or “Thinking of you”.

Now, as I see it, Matt’s point here is that although in the moment you might immediately feel hurt or offended that this guy hasn’t been in touch and then suddenly messages you out of the blue, there is a way you can respond and stay high-value, whilst still giving HIM a chance to try to win you back over. Or at the very least, you’re not giving him what he wants (i.e. your affection) in that moment.

It doesn’t mean he will win you over. And even if you don’t want him to win you back over, it’s still worth being confident and not overly reactive in your response.

Maybe his excuse will be crappy and you’ll decide he’s not worth it. Maybe he won’t even make an excuse at all and you’ll realise he doesn’t care much about how he behaves (or doesn’t even realise there’s anything wrong with not getting back for so long). Maybe you just can’t be bothered and have better options. Who knows? I’ll let you judge that for yourself.

But we can lose a lot in life by letting pride continually get the better of us.

While it’s true that Matt and I have always talked about the importance of having standards, I like to think that can also mean having a standard of being open-minded to giving people second chances, or even just not taking ourselves too seriously in dating.

Now, of course, that’s not appropriate in every case.

If you’re receiving a text saying “miss u” from a particularly shitty ex-boyfriend who has jerked you around for the last year, and now wants to mess with your feelings one last time just as you’re about to heal and finally be over him…then be my guest. Ignore away. Think him a prick. Be judgmental, tell him never to message again, and resolve not to give the manipulative asshole another single minute of your time.

But my impression is that this isn’t always the case.

My impression is more that we sometimes come to just simply expect that a new person we’re dating should see how awesome, unforgettable, and unique we are after a relatively short amount of time. And if they don’t see it immediately? NEXT!

My worry is that this becomes about our ego, an expression of our need to protect ourselves by immediately branding the other person a user, jerk, player, fuckboy, whatever adjective you choose.

I told a friend about this and she said to me, “But you have to be careful, because women will read this and assume that you’re just telling them to be blind when it’s obvious a guy is treating them like crap.”

So then let me say as a disclaimer: If a guy’s behaviour seems in any way to be purely motivated by selfishness, or you feel used, or messed around, then I would be the first person to recommend cutting them out of your life without a second thought.

But sometimes, just sometimes, we can react too quickly. Or we try so hard to protect ourselves we give no-one a real chance. Or we tell ourselves if a guy isn’t immediately everything we hoped for then they aren’t worth another thought. Or we just take everything way too seriously and forget to amuse ourselves along the way (which is what those text messages are for!).

I know that in my love life, sometimes it’s taken me a while to really fall for someone. To really make them a priority and realise I have something special in front of me. That means I let myself be open-minded for other people to do the same.

For those still in doubt, the reasons Matt’s texts from the video are so effective are the following:

Plus, you always get the option to ignore him whenever you want. So it’s totally win-win in every scenario!

I’m not saying you should have low expectations. By all means, aim for the best. But dating isn’t an exact science. Sometimes people’s situations change, circumstances change, and that means we should keep a sense of proportion when taking everything so personally.

If nothing else, we gain so much more from letting go of our anger. It’s at least good for the blood pressure.

52 Replies to “Does everyone take dating WAY too personally?”