Is Your Arrogance Turning Guys Off? 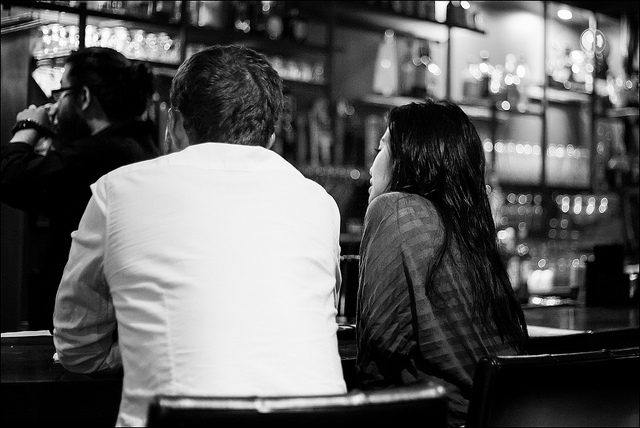 Are you arrogant or confident?

Who cares? As long as you think you’re great, that’s great! Right?

The only problem is, you might not be coming across as confident – it’s very possible that what you see as healthy self-belief appears to a guy as self-obsession and arrogance to the point of nausea.

Self-love is a tricky line to tip-toe. I’ve found many people confuse a high level of confidence with a vomit-worthy, inward-looking narcissism. They think that being confident must mean being a show-off, solely focused on their own success, whilst also showing a complete lack of interest in anyone else’s life and accomplishments.

There’s a big difference between knowing you are great, and trying to crowbar in a hundred ways to remind others in every lull in conversation just how #Blessed and #Incredible your #TotesAmaze-Balls life happens to be. Even if it’s true that you are fortunate enough to be #Winning on an hourly basis, you reminding guys (and girls) of this constantly will only make you seem either desperately insecure or like someone who is playing a childish power game, attempting to assert her superiority at every opportunity.

Now, it’s true that confident people can also be arrogant.

But the truly confident people I’ve met are able to transcend the ‘cocky confident’ persona, and manage to reach a level of self-belief without all the trappings of arrogance and narcissism that seem inherent in a generation that are taught to constantly broadcast their photos, opinions and good news to the entire world.

Truly confident people manage to combine three traits that make them attractive in conversation – embody these on a first date, and you’ll impress a guy much faster than you will by showing off and singing your own praises:

(a) Modesty – Truly confident people are comfortable enough with their personality to know where they fall short, and they have a sense of realism and humour about their blunders. Arrogant people are too scared to admit fault or doubt, because it interferes with their view of themselves as above those around them.

Try this instead: Be proud of your best aspects and by all means talk about them, but throw in a couple of times you screwed up or a story about a time you found really difficult so that he sees you’re not interested in just pumping your own ego.

(b) Impressibility – Confident people like to be impressed by others. They aren’t looking to win at every single thing in the world, nor are they interested in belittling the efforts of others by feigning indifference to their skills and achievements.

Many of the most confident people I know have heroes and heroines, not to mention mentors whom they look to for inspiration to be better. Arrogant people are afraid to admit they are impressed by anyone but themselves, and this superiority is an ugly trait to witness in anyone.

Try this instead: Tell a guy ONE thing on a date that you find cool about him. Maybe he has a determination that you like, or a kindness or a sense of humour. Just the act of trying to search for things you admire in others and telling them will make you seem more confident and attractive.

(c) The ability to ask interesting questions – The most confident people I’ve ever met are inherently curious. They are outward looking and as a result, they come to interactions looking to make the other person feel understood, instead of simply using a conversation as another chance to further inflate their own self-worth.

They’ll probe into what drives other people and seek to make the conversation relate to everyone, instead of assuming that everyone wants to hear their extended monologue about how much money they made last year, where they travelled, or some lame prize they won back in high school.

Try this instead: Resist the urge to overshadow others with your greater achievements. Instead, try shifting the focus on what motivates and moves others: ask about his ambitions, ask him details about his work and how he does it, ask him how he stays motivated and what his routine is. Be curious about everything around you and you won’t feel the need to bring more attention to yourself.

Try these techniques and let me know how they work for you. The great part is, when you embody the traits above you start to be seen by others as more confident, more desirable and more enjoyable to be around. Arrogance makes you abrasive, annoying, and someone with whom people always want to compete and outclass.

10 Replies to “Is Your Arrogance Turning Guys Off?”