Is It Wrong To See Women As Prizes? 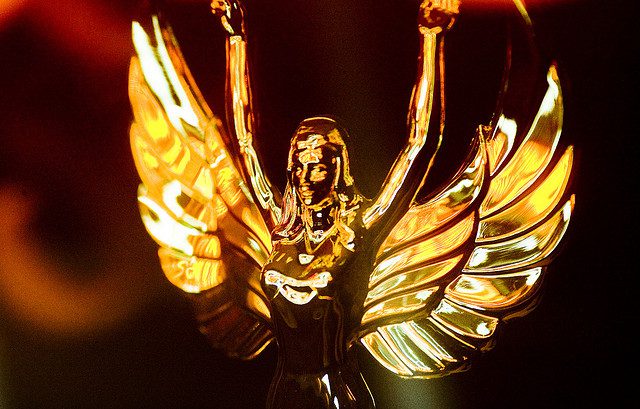 I’m curious: How do you feel about the idea of being earnt?

I ask because our folklore is filled with countless stories of men performing daring acts of bravery (and stupidity) for a woman in order to “win her heart”, or “prove he’s worthy of her love”.

Fables and legends are replete with knights running off on some misbegotten quest to slay dragons and climb towers to earn the right to a maiden’s affection. Video games make this idea of earning females even more palpable, with many arcade classics having you sweat and toil through countless dungeons, bashing buttons to destroy hordes of baddies and bosses, only to finally gift long-suffering players with a princess at the end as a reward for the hours of eye strain and calloused thumbs.

For some people this image of women being rewards reflects the worst aspects of male-female relations. It seems to reduce women’s role to being a passive trophy that men fight for, leaving them to do little more than wait for the right guy to show up with a sword and armour, ready to ride off with her into the sunset.

Others see women being a prize as something special, reflecting a matriarchal culture that places women as the power-holders in the dating game. “If women are the prize”, they’ll say, “then that means women are the choosers”. It means that women have power of selection – they get to decide which males gets picked and which get left out of the dating pool.

Either way, there’s certainly no shortage of evidence that men are obsessed with proving themselves worthy of female attention. Whether it’s a Hugo Boss suit, a Tag Heur watch advertised by Leonardo DiCaprio (“Leo gets girls, I’ll get girls too!”), pumping out those few extra bicep ‘curls for the girls’ at the gym, or a Ferrari promoted with a pin-up model draped over the bonnet (“Models like this car, if I buy it models will like me too”), guys are always subconsciously seeking out the next ornament that will make them noticeable to women.

I don’t think that’s bad in itself. Men looking to impress women is nothing surprising or troubling, even if they blow more hard-earned income than they would ever care to admit in their pursuit of love (both carnal and emotional varieties).

What is troubling is when guys think that their achievements entitle them to women. This is when you get those retch-worthy narcissists who become enraged and bitter when women aren’t impressed by their riches, or when, god forbid, women demand he have a personality and invest his emotion as well. This is the type of guy who doesn’t think women are prizes, he thinks they’re something he deserves, which leads to all that ugly entitlement misogyny and other anti-feminist behaviours from guys who think that being able to buy whatever they want means being able to have whoever they want (I know it sounds like I’m just digging into wealthy guys here, I’m not. This disturbing attitude can also come from smart-nice guys, or dumb-hot guys, who think their intelligence or looks somehow mean a woman ought to drop to their knees and be thankful for their very existence).

Now despite all this I have to be honest: there still remains some appeal to the idea of women being a prize.

It’s the idea that she could have selected any number of men out there who were on their knees for her but she decided that he was worth the investment. That’s what I think it means when a guy is truly proud of the woman he’s with – that’s what makes him desparate to show her off to his friends and family so that they too can see how amazing she is, and maybe in turn think: “Wow, he must have something special about him to get a woman like her”.

I’ve talked about how much men will do to impress women.

But no-one goes quite as what you’ll see in this video below. It’s a video of the Ultimate Male Beauty Contest.

This is something you won’t find in any nightclub.

It shows an annual courtship competition during Niger’s famous Festival of the Gerewol. Every year, young warrior men wear make-up, whiten their teeth, pop out their eyes, and dance for hours in the baking Saharan heat, all in order to win the affections of a desirable women!

The most desired women then inspect each man during this ritual and decide which of them is beautiful enough to be worthy of taking on a date, or even marrying.

Check it out below:

Are men the prizes in this, or the women?

Either way, there’s no doubt who gets to do the choosing. 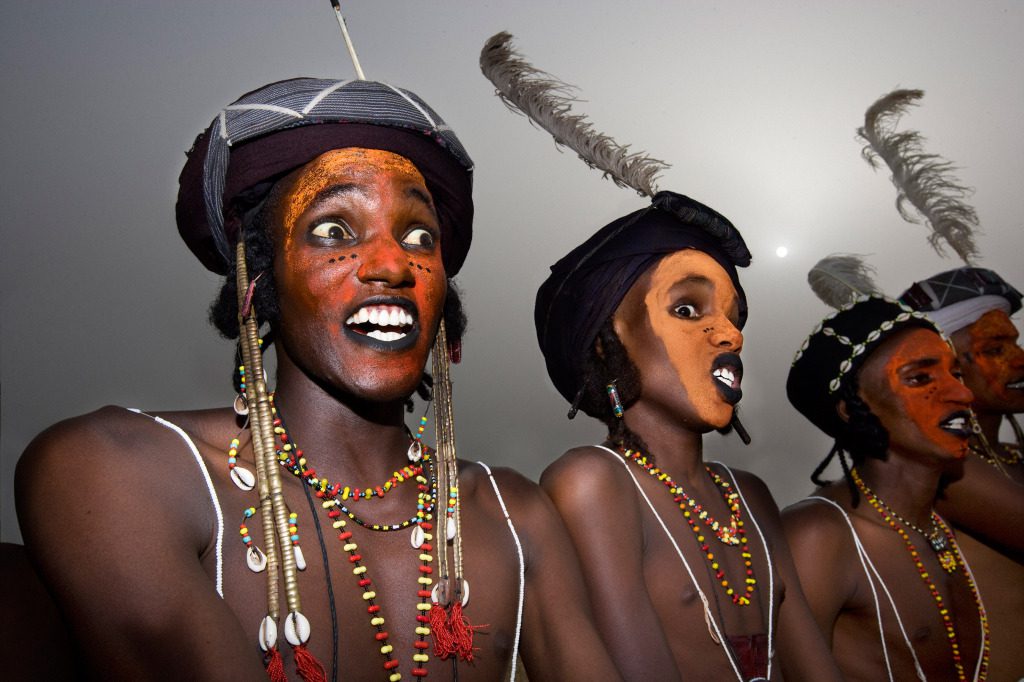 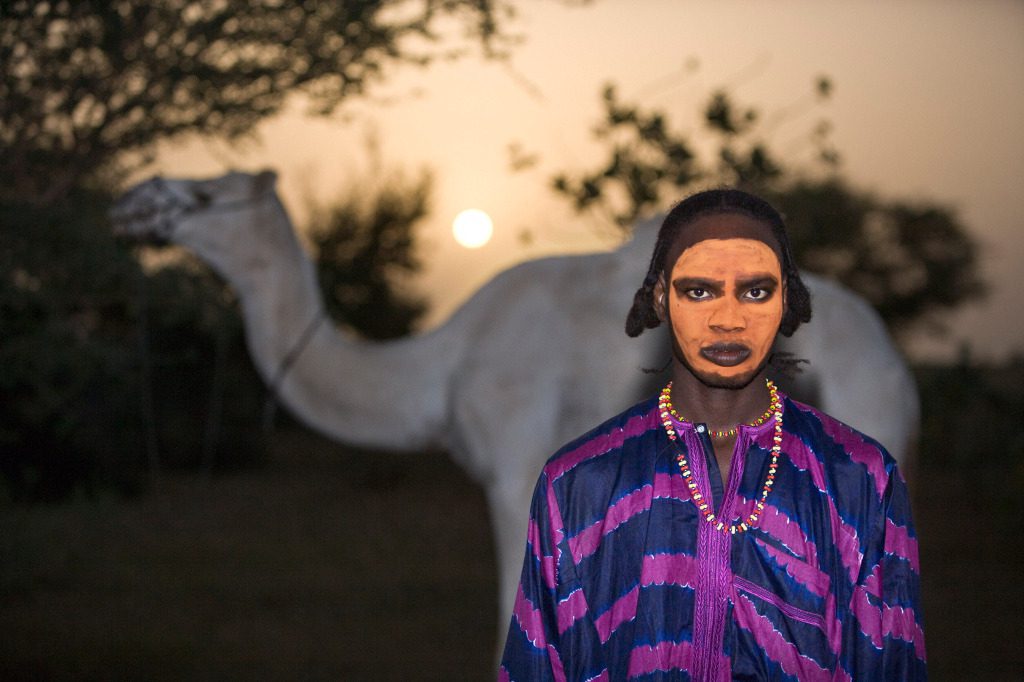 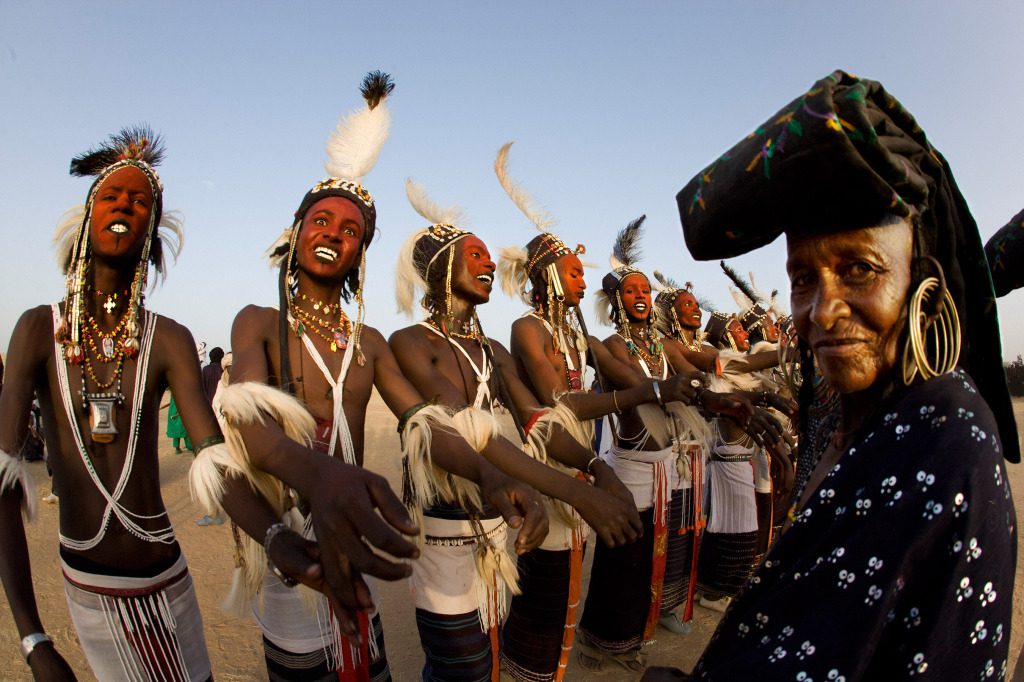 42 Replies to “Is It Wrong To See Women As Prizes?”