My Response To A Comment On My ‘Dating Younger Men’ Video

I’m really enjoying the discussions we’re having in the comments under posts. While I’m not able to get back to every single one, I want to start doing more things like this – going into intelligent responses in depth, and shooting more videos like this Sunday’s where I answer your questions quick-fire. 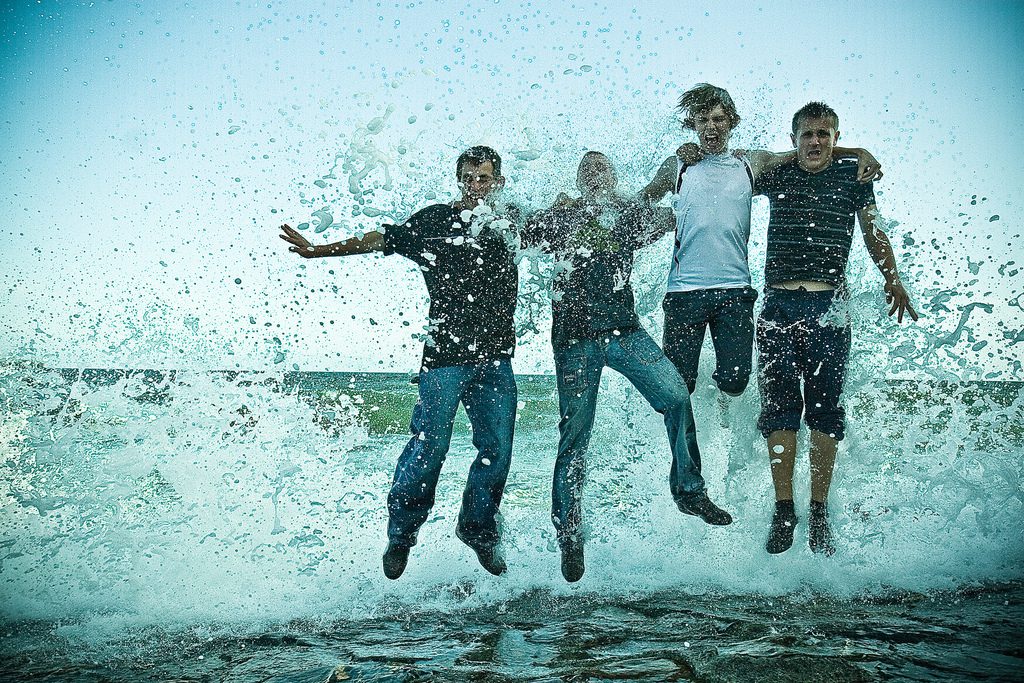 This is a response from Anna to the video Is It A Bad Idea To Date Younger Guys?

“Love the quick-fire format, Matt – I agree with another poster, making it a monthly feature would be great.

Gotta slightly disagree with you on the age-gap advice, though. As a woman who was with a younger guy for 12 years, it’s erroneous to assume that ‘because he’s younger, is he still going to want to be with me in 10 years’ time?’

The error is assuming that *anyone* you’re with now will still want to be with you in 10 years’ time. Starting off at the same age is not a guarantee that either one of you won’t change or evolve, or won’t have a mid-life/health crisis which fundamentally shifts your world view, values or priorities.

As the first responder here notes, guys appear to want younger and younger partners as they get past 40. Kids, responsibilities and just sheer *life* can have a detrimental affect on relationship longevity, wherever you’re starting from.

To the 42-year-old lady who’s hesitating about dating the 33-year-old-guy; do you share the same values and background? Are his friends settled/settling down so he’s not bucking his social group’s trends? Is he generally attracted to older women? Do his actions match his words? Does he want kids soon/ever?

Have some low-key dates, refrain from sleeping with him, gather enough data to make an informed decision. If he’s not able to make you happy, move on. But it’s often better to check out the reality of something than to run scared of an assumption and regret what ‘could have been’.”

My Response: (broken down as follows)

“To the 42-year-old lady who’s hesitating about dating the 33-year-old-guy; do you share the same values and background? Are his friends settled/settling down so he’s not bucking his social group’s trends? Is he generally attracted to older women? Do his actions match his words? Does he want kids soon/ever?”

These are really intelligent questions, and I agree with them.

I also believe that the danger for someone like you Anna is in believing that your situation could be the rule and not the exception. Given that dating younger has worked for you in the past (though I notice you framed it in past tense, so perhaps not) it’s natural to fight the case for it. I happen to agree with you on the idea of being open to what might come, but it doesn’t change the tough decision a woman in that position faces when wondering if she should spend the next 5-10 years of her life with a guy who may leave once the age gap becomes more noticeable. If he does in fact leave later on she has to be ok with that decision to have stayed, rather than resent the fact that she could have been spending that time with a more suitable long term prospect that would have had a higher chance of still being there.

“The error is assuming that *anyone* you’re with now will still want to be with you in 10 years’ time.”

This is potent statement, and true on one level. The problem with this pragmatically, is that there are things we like to plan with the people we begin building a life with: house buying, kids, moving cities (or countries) to be closer to them, gearing our life around them in the way that we only do with people we are committed to for the long term. So the adoption of the ‘if it’s right go for it’ approach with a younger guy has to be tempered with the sobriety – as opposed to cynicism – that comes with age. I think it’s actually one of the more admirable qualities of older generations that is too often mislabeled as pessimism, that they can tell the difference between a passionate relationship and an enduring relationship better than someone a little more wide-eyed. Knowing the difference is key to avoiding delusion, decoding the romantic jargon of a current lover, and making astute decisions as to who to seriously invest in.

The last part of your answer:

“Have some low-key dates, refrain from sleeping with him, gather enough data to make an informed decision. If he’s not able to make you happy, move on. But it’s often better to check out the reality of something than to run scared of an assumption and regret what ‘could have been’.”

I agree with everything you’ve said here, except for the span of time it suggests. The idea of some ‘low key dates’ telling you enough to make an informed decision is quixotic at best. “We have such an amazing time together and it feels so right…” becomes a justification in this case for throwing ourselves into something which could hurt us deeply down the line. These feelings are only a reflection of how much fun it would be to spend more time with this person right now. They are an untrustworthy guide as to whether it could be a great relationship (for a few years let’s say), and a highly deceptive guide as to whether it could be a life long relationship. Anyone who has been shown all the right signs by a partner in the beginning only to find that they weren’t able to deliver in the long term will know this to be true.

Is it hypocritical for me to talk about all of the emotional dangers present when a woman dates a significantly younger man and not the other way around? The same dangers are true of men who date far younger women to be sure; but as true? I’ll let your faculties of observation decide. To discuss the influence of a woman’s biological clock in this issue, or a man’s cliché‎d search for youthfulness in a partner (be it physical or mental) as he himself ages would require a whole new post, but you get the point. It’s complex.

Life is confusing, and the difficult risk we take in love is one of the great gambles we hope will go in our favor. I certainly don’t claim to be able to make that decision for women at the moment they ask. We can’t predict the future, and as you rightly point out, running away from something because we are scared of what MIGHT happen if it went wrong would have us staying inside and abstaining from action on just about anything in life. But one would be a fool not to note the obvious patterns we witness everyday, especially when gambling with our own precious years.